Andriy Shevchenko. For fans of a certain age just the mention of his name will bring back floods of joyous footballing memories. Watching his movement and goals at Dynamo Kiev and AC Milan in the late nineties and early noughties was a joy as he scored 127 goals in red and black, and evolved into one of Europe’s best strikers.

A slightly younger generation may remember his failed spell at Chelsea after Roman Abramovich had broken the British transfer record to bring him to Stamford Bridge while for those more politically aware than the rest of us, perhaps Shevchenko’s foray into Ukrainian politics may have caught the eye.

However, one thing has been constant throughout the Ukrainian’s career. His love and utter devotion to his country. He made his debut at 19, played at one World Cup and one European Championships and made over 100 appearances for his country. Whenever they needed him, he was there.

Despite playing in a World Cup quarter-final in 2006, it is fair to say Euro 2012 was the pinnacle on the international stage for Shevchenko. At the age of 35, surrounded by an adoring home crowd, we saw how much Sheva is truly cherished. In the opening game against Sweden, in what was already a party atmosphere, the veteran striker scored twice to send his country completely berserk.

On the way home from that match the captain was involved in a minor car accident as he was shunted from behind at a pedestrian crossing. Luckily both he and his wife were unharmed but as he emerged from his vehicle, a small crowd gathered to ask for autographs. Of course, he duly complied, rounding off quite an evening for Ukraine’s greatest player. To this day he is still Ukraine’s youngest, oldest and highest goalscorer and now, he will manage them at Euro 2020.

But has his five-year-old managerial career matched up to his playing days? Well, it is worth noting that Shevchenko was offered the national team job in 2012 after he retired but turned it down to pursue his political career. With that venture done, after a disappointing 2016, Ukraine finally got their man. 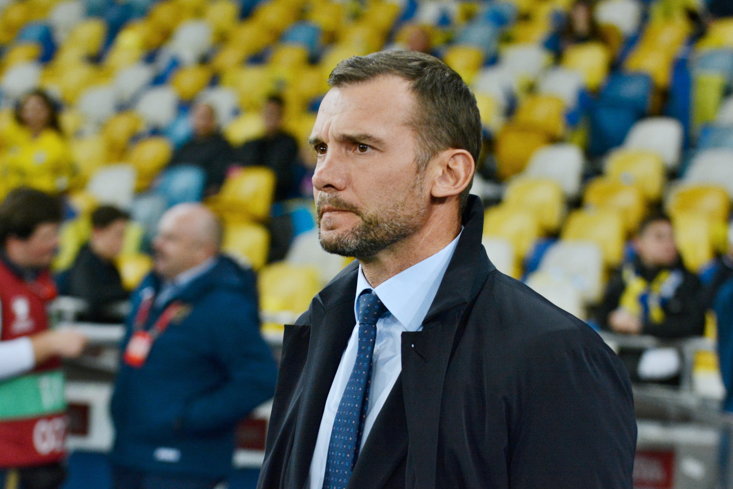 His first assignment was to lead Ukraine to the 2018 World Cup, but he came under-fire as they finished third in their qualifying group behind Iceland and Croatia. However, for three years between 2017 and 2020, Ukraine and Sheva enjoyed a superb run of form, as they lost only once in 22 games. He led Ukraine to qualification to Euro 2020 in impressive style, winning a group that contained reigning champions Portugal.

A disappointing Nations League campaign followed which ended in relegation from Group A, but he did become the first manager to beat Spain in almost two years in that tournament. Now he wants to become the first Ukraine manager to make it into the knockout stages of a European Championships, as Netherlands, Austria and North Macedonia await in Group C.

His relative success in the role has come as he has managed to base his side around domestic players, while retaining a sense of squad harmony. Of course, Manchester City’s Oleksandr Zinchenko and West Ham’s Andriy Yarmolenko are familiar names but the majority of the squad is made up of players from the top two Ukrainian clubs, Shakhtar Donetsk and Dynamo Kiev.

The players in the squad are now so familiar with each other and the manager, they can put club rivalries to one side. As we saw with Spain’s dominant side between 2008-2012, there are clear benefits to basing your side almost wholly on your domestic league’s strongest teams. The Barcelona and Real Madrid rivalry was at its worst back then, yet for Spain, everything appeared rosy.

Shevchenko’s 5-3-2 system gets the best out of his squad which is happy to defend when needed. This Ukraine side ironically, seems to appreciate everything that Shevchenko himself wasn’t as a player. Hard-work and defensive organisation comes first while without a talismanic striker up front, goals are shared around the team. Three players top scored in their successful Euro 2020 qualifying campaign with three goals apiece, and that makes them a much more difficult unit to contain.

Their group is favourable and with 16 of 24 teams progressing into the knockout stages, Ukraine’s barren spell at the European Championships could well come to an end this summer. Ballon d’Or winner, politician, and a fully-fledged Ukrainian icon. Andriy Shevchenko could make more history in the dugout this summer.

Check out our other group C previews here: The Netherlands, Austria and North Macedonia