Football
News
The Netherlands have missed the last two major tournaments but are back this summer...
Simon Lillicrap
11:56, 11 May 2021

The Netherlands are back. Having failed to qualify for both Euro 2016 and the World Cup in 2018, the Oranje were at their lowest ebb. This summer marks the return of the Dutch to a major tournament and, with a squad packed with promising talent, could they become kings of Europe again?

The rebuilding job that Ronald Koeman faced when he took the job in 2018 was a big one. Dick Advocaat had just failed to get the side to the World Cup and as a result been dismissed, while the star-studded team that had been a penalty shootout away from a World Cup final in 2014 disintegrated. Age had caught up with Arjen Robben, Robin van Persie and Wesley Sneijder as the nation’s three world-class players all hung up their boots in the space of a year, which left Koeman with a blank canvas to build upon.

The old guard were shown the door and in their place came young and vibrant talent. Memphis Depay was entrusted as the false nine while Matthijs De Ligt and Frenkie De Jong were both thrust into the starting XI. A return to the Netherlands' beloved 4-3-3 excited fans, while Virgil van Dijk emerged as the best defender on the planet, which provided a solid platform for the likes of Steven Bergwijn, Quincy Promes and even a resurgent Ryan Babel to flourish.

The 2018-19 Nations League would be the real test of Koeman’s new-look Netherlands. In a group with Germany and newly-crowned world champions France they weren’t given a hope, and an opening day defeat in Paris followed a seemingly predictable script. However, this generation of players were not used to failure like their predecessors.

They thrashed Germany 3-0 in Amsterdam before exacting revenge on France with a 2-0 home success in two games which saw the world’s most expensive central defensive partnership prove their worth. A late comeback in Germany thanks to a last-minute Van Dijk goal saw them win the group and progress to the finals at the first time of asking. 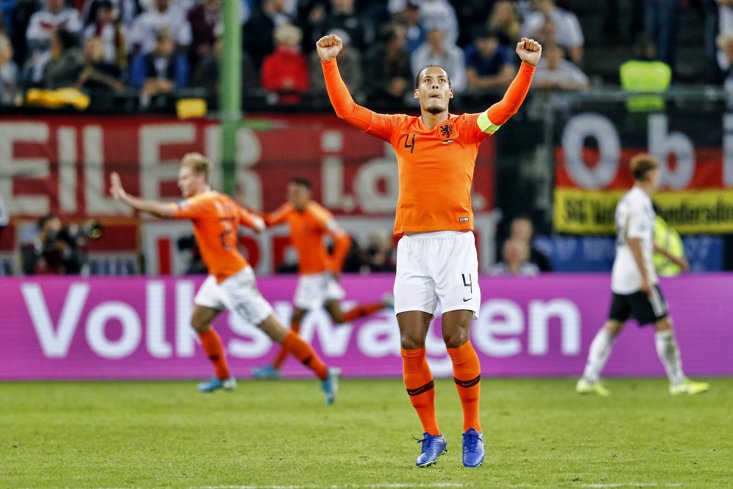 A convincing semi-final win over England saw them one game away from an international trophy, but Koeman’s side just came up short in the final as they lost 1-0 to inaugural champions Portugal. Still, this young side had shown a dramatic improvement on the big stage. One defeat (to the Germans) in their Euro 2020 qualifying group saw them finally end their seven-year absence from major tournaments, but as they were gearing up for a successful 2021, disaster struck.

Koeman, the man who had led this revival, was appointed Barcelona manager.

The Netherlands turned to another legend, Frank de Boer. Labelled the “worst manager in the history of the Premier League” by Jose Mourinho after his disastrous spell in charge of Crystal Palace, he rebuilt his career with Atlanta United in the MLS before being offered the chance to succeed Koeman. Having won four consecutive Eredivisie titles with Ajax between 2010 and 2014, his reputation was still intact in his homeland.

De Boer has attempted to follow Koeman’s successful blueprint, but with varying results. A second-place finish in their Nations League group to Italy was disappointing given their previous success, but De Boer has had to cope with the loss of the influential Van Dijk, and Jurgen Klopp’s Liverpool have proved this season how difficult it can be without him. His absence from Euro 2020 due to a knee injury will be a huge blow for the country this summer.

A 4-2 defeat to Turkey in World Cup qualification earlier this year gave cause for concern, but the Dutch bounced back with two convincing wins against Latvia and Gibraltar. This Netherlands team, for the first time in seven years, is one to be excited about. In a group with Ukraine, Austria and North Macedonia, they should be reaching the knockout stages with no issues but De Boer’s managerial ability will be truly tested in the last 16 and beyond.

Are the Netherlands in a better place than they were three years ago? Absolutely. But with Koeman in charge this young side would be serious contenders this summer. De Boer just hasn’t proved himself to be as capable as the Barcelona boss yet, but with a major tournament on the horizon the Dutch legend could yet transform his reputation. It will be great to see the European giants back at the top table this summer after an extended absence, but maybe don’t expect a repeat of Euro ‘88 quite yet.

Check out our other group C previews here: Ukraine, Austria and North Macedonia.