The FIA have approved the schedule for the 2023 Formula One season that will see a record-breaking 24 races take place across the globe. The season will begin on the 5th March 2023 in Bahrain and finish in Abu Dhabi on the 26th November in the longest and most arduous Formula One campaign we have ever seen.

There have been several doubts about the ability to pull off such a hectic schedule that will effectively see two races over every three weekends. With the effects to the environment also under criticism and many onlookers hopeful that the race may be laid out in geographical order, it appears that only a small effort has been made to take that into consideration.

The British Grand Prix on the 9th July is part of a run of six consecutive races in Europe while the first Las Vegas Grand Prix will be the penultimate event of the season, before Abu Dhabi. Consecutive races in Texas, Mexico, Brazil and Vegas make some sense - yet the Miami GP is at the start of May.

This is the first year that the United States will host three Grands Prix as the sport continues to grow Stateside. Meanwhile, the historic Monaco Grand Prix remains after much criticism and will take place on the 28th May.

Max Verstappen will surely be targeting his third World Drivers’ Championship in a row, Mercedes will be desperate to get back on top and hopefully Ferrari’s strategy will have improved from this season! One thing is for sure, we won’t be short of action to enjoy.

FIA President Mohammed Ben Sulayem said: “The presence of 24 races on the 2023 FIA Formula One World Championship calendar is further evidence of the growth and appeal of the sport on a global scale. The addition of new venues and the retention of traditional events underlines the FIA’s sound stewardship of the sport. I am delighted that we will be able to take Formula 1’s new era of exciting racing, created by the FIA’s 2022 Regulations, to a broader fan base in 2023. In framing the 2023 F1 calendar, WMSC Members have also been mindful of the timing of the prestigious 24 Hours of Le Mans.” 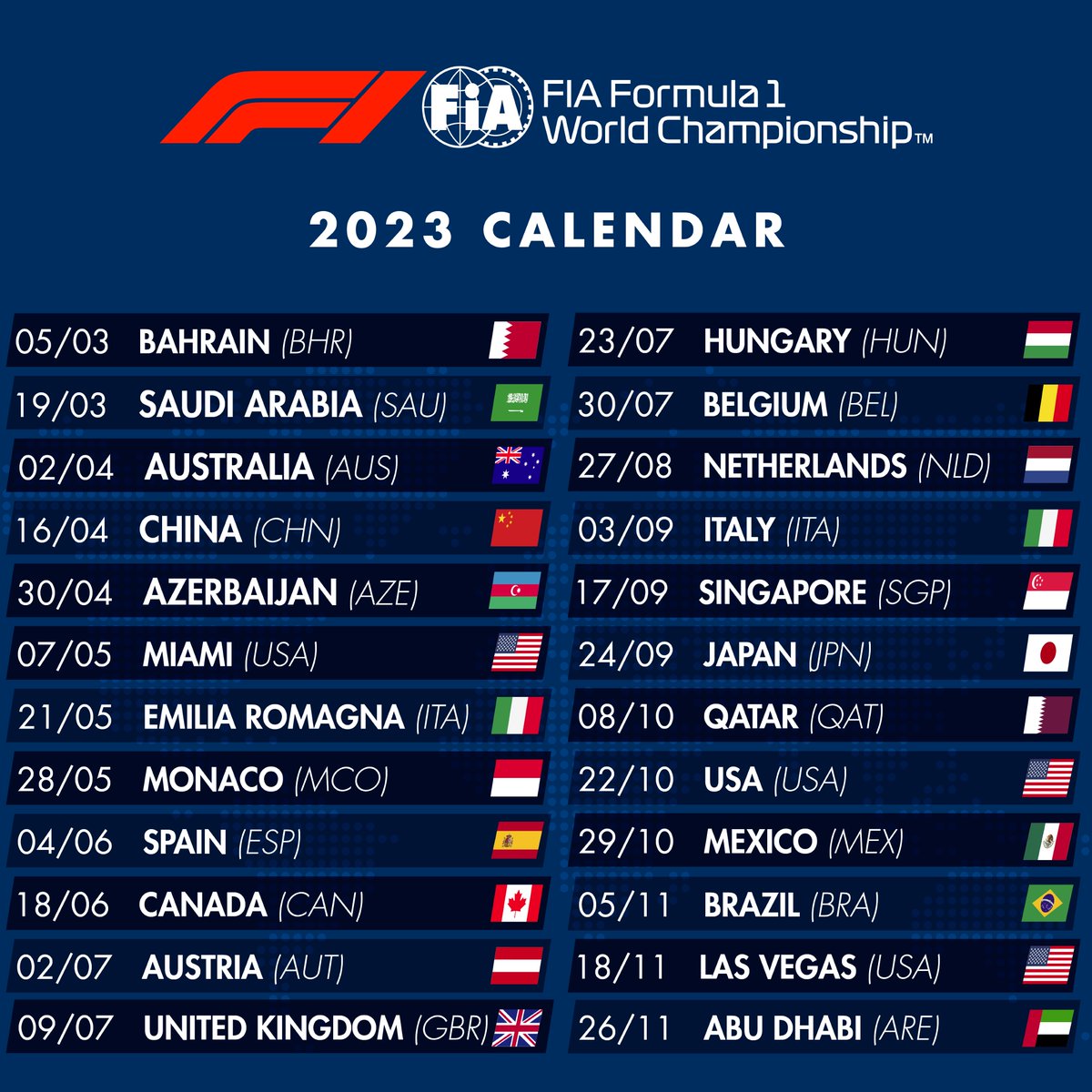