Us Sports
News
Impact Wrestling's Masha Slamovich speaks to The Sportsman ahead of Bound For Glory
Joey Mills
08:00, 01 Oct 2022

At the age of just 24, Masha Slamovich has already had a career most wrestlers dream of. Debut in the highly-competitive Japanese Joshi scene? Check. Throw down in ultra-violent deathmatches? Check. Appear for a laundry list of iconic promotions like AEW, NWA, CZW and now Impact Wrestling? Big check.

The Sportsman caught up with Slamovich as she prepares to face Impact World Knockouts Champion Jordynne Grace at Bound For Glory on Friday 7th October.

What does it mean to compete at Bound For Glory, traditionally the biggest show in the Impact calendar?

It's something that I've looked forward to for quite a long time. It's one of those moments that you sometimes don't really envision happening and when it happens it's gonna be a very important moment to me. Leading up to that I'm very excited.

What are your views on Jordynne Grace as a champion and a competitor?

She is a very skilled and very good competitor. I'm excited to be in the ring with someone of her calibre. (Someone) what they're doing. I'm very excited and looking forward to the match. I think it's going to be a lot of things that people don't expect.

Nobody has lasted very long in the ring with you in Impact Wrestling. Do you see Jordynne being a longer match for you?

I think I wrestle at my pace. In the ring, I do what I feel like it's doing so we'll see where I want to take it that day. 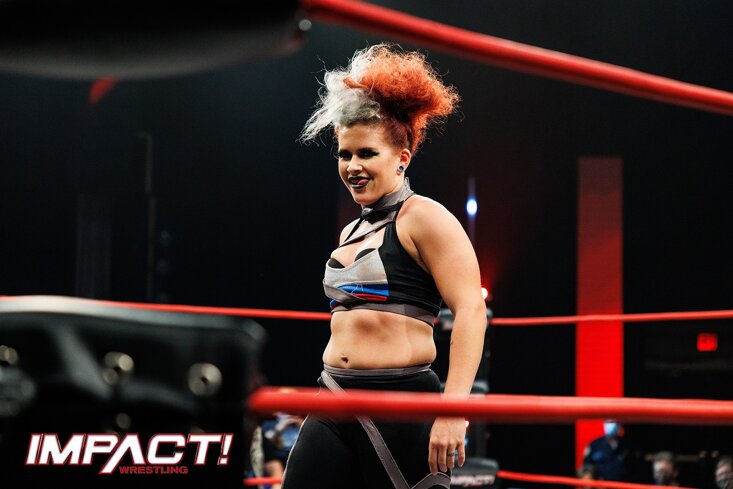 You made your debut in Japan at the age of just 18. What was it like wrestling in such an iconic nation for wrestling at such a young age?

It was a dream come true. Right off the gate, I've always wanted to wrestle in Japan. I never really thought that I would debut there and start my career wrestling over there. I think I was very lucky and I think it formulated who I was, and who I currently am, as a wrestler.

You trained with ex-WWF veteran Johnny Rodz and Impact Wrestling legend Amazing Red. What did you learn from those guys and what were they like as coaches?

I learned so much from both of those iconic wrestlers. Different things I learned from either one. Amazing Red, and Johnny Rodz, you know, nowhere near the same style of wrestling. Not even the same time period or era.

I got to learn a lot of the old school tricks that might not be known these days from Johnny Rodz and read the riddles of the ages gone by. He always spoke in stories instead of just telling you straight up what it was. So to decipher the things that he said and to just go around thinking “Hey, he was right when he said all those things”. The in-ring things that I learned from Johnny Rodz and Amazing Red (were) very influential in making me, as a wrestler, who I am today.

You have a history of competing in deathmatches. How do you approach a deathmatch differently than a normal match?

Deathmatch is something that is very important to me, something that I enjoy. I have enjoyed (them) from the young ages of being a fan and watching CZW. Even then saying, “Hey, I want to jump through a pane of glass” because what child doesn't want to do that? I just think that it's my heritage that I'm proud of, and something that I want to bring in front of more eyes around the world.

I completely share the sentiment, I only view wrestlers as wrestlers, regardless of their gender orientation. None of that matters. What matters is what you can do in the ring. Simple as that. And, you know, I love intergender wrestling, I sometimes don't even notice. I think I might do more intergender wrestling than I do against the women, if you look at the statistics.

I enjoy getting in the ring with anybody. It doesn't matter if they're a man or a woman, I look at their skill, what they're good at and wrestling and I adapt to that style to be able to destroy them and dismember them faster. 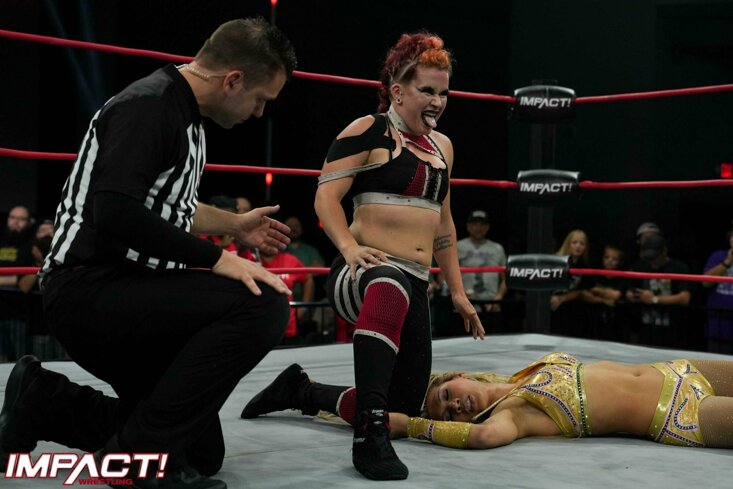 What was it like facing Josh Alexander for the Impact World Championship in AAW?

One of my favourite matches of the year, I've got to say, at least top three. I very much enjoyed that match. It actually took place about 10 minutes after I became the number one contender after beating Deonna Purazzo on Impact. It was slightly after that, airing on AAW that Thursday night. So I think it all flowed quite perfectly.

Appearing on the historic NWA EmPowerrr show seemed to put you on a lot of radars internationally. What was it like wrestling for such an iconic promotion?

Wrestling for the NWA was a goal that I had, for a very long time. Like you said, it was a historic promotion that I always wanted a chance to wrestle in. For it to take place at (iconic wrestling venue) The Chase and it being the first women's pay per view; it was completely incredible. Being out there in front of so many new eyes, who didn't know who I was before that night. It was, all around, an incredible night.

What can fans expect when they order the Bound For Glory pay-per-view?

Aside from my match, I think the pay per view is going to be full of complete bangers, five star matches start to finish. But I think fans have no idea what to expect from myself and Jordynne Grace, because I believe that ceilings are about to be broken. Minds are about to be blown in that match.

Fans in the UK and Ireland can watch Bound For Glory live (or via repeat) on FITE.tv - https://www.fite.tv/watch/bound-for-glory-2022/2pbqy/