Boxing
News
These five legends of the ring will be inducted into the Hall of Fame in June
Kieran Spratt
13:12, 17 Dec 2020

The inductees to the 2021 International Boxing Hall of Fame have been announced this week and, boy, is it jam-packed with talent! From Ukrainian wizards to defensive geniuses, the class of 2021, who are officially inducted on June 14, could be some of the finest fighters to grace the ring in modern history. Below we break down each fighter and their star-spangled careers.

Alongside his big brother Vitali, Wladimir ‘Dr Steelhammer’ Klitschko has been one of the most dominant heavyweights, not only in the modern era, but in boxing’s long and storied history altogether. Strong, intelligent and possessing one of the best jabs in heavyweight history, Klitschko, a gold medallist at the 1996 Olympics, holds the record for the longest consecutive title reign for a heavyweight champion (4,382 days) and has defeated more opponents for the heavyweight title than any other boxer in history (23). He is currently ranked 16th in BoxRec’s all-time pound-for-pound list and the fourth non-American.

The daughter of arguably the finest boxer to lace up a pair of gloves, Muhammad Ali, Laila has carved out a similarly incredible career in prize-fighting, picking up the WBC, WIBA, IWBF and IBA female super middleweight titles, and the IWBF light heavyweight title in a glittering career that saw ‘Madame Butterfly’ retire undefeated with a 24-0 (21) record, cementing herself as one of the finest female boxers ever.

Did You Know?: When she announced her ambition to become a pro fighter on Good Morning America aged 18, her father Muhammad was initially against her taking part in such a dangerous profession. 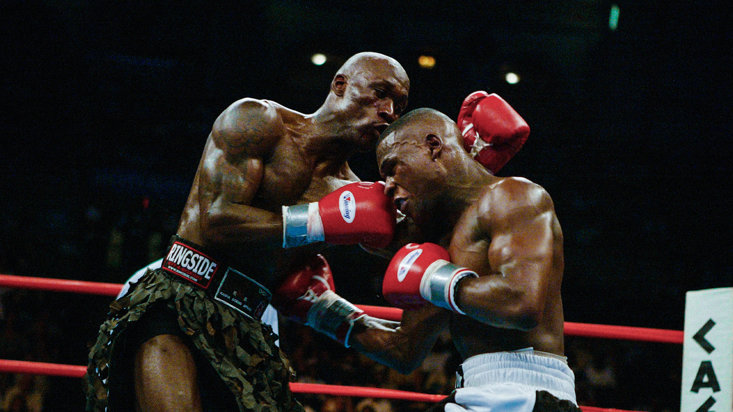 What is there to say about Floyd Mayweather that hasn’t already been said? In a career in which he immortalised himself as one of the very best fighters of the last 30 years, Mayweather retired 15 major titles in five weight-classes, the lineal championship in four and retired with an 50-0 unblemished record, surpassing Rocky Marciano’s 49-0. Oh, and he made a bucketload of cash generating approximately 24 million PPV buys and $1.67 billion in revenue throughout his career.

Did You Know?: Mayweather once recorded a rap song titled "Yep" that he used for his entrance on WrestleMania XXIV in his match against Big Show.

Andre Ward is the boxer’s boxer. A professor of the sweet science and one of the most naturally skilled fighters to step into the ring in recent memory. Ward retired in 2017 with a perfect 32-0 record that saw him claim wins over the likes of Carl Froch, Mikel Kessler and Sergey Kovalev. In a career that began in 2004, after claiming gold as a light-heavyweight at the Olympic Games in Athens, Ward held multiple titles across two weight classes and was widely considered a pound-for-pound mainstay throughout his career.

Did You Know?: Ward signed with Jay Z's Roc Nation Sports in January 2015 and this was announced to be the first event under the Roc Nation banner.

Like Laila Ali, Ann Wolfe is also regarded as one of the greatest female pugilists of all time and even held titles in three different weight classes simultaneously. Already an inductee into the International Women’s Boxing Hall of Fame in 2015, Wolf retired in 2006 with a 24-1 (1 No Contest) professional record but her impact on boxing continued as she transitioned into a trainer, even training light-middleweight contender James Kirkland.

Did You Know?: In 2017 Ann Wolfe was cast by Patty Jenkins in the superhero blockbuster Wonder Woman as an Amazonian warrior called Artemis.