The NFL never fails to throw up surprises, and this year is no different. As the season enters its seventh week it becomes clear which teams are starting to build momentum and who’s just treading water desperately trying to stay within reach of a playoff spot.

What’s going on in the NFC?

The Arizona Cardinals undoubtedly deserve the first mention as they sit 6-0 and remain the only undefeated side in the NFL. They’ve looked extremely well-balanced on offence while the acquisition of powerful defensive end JJ Watt, combined with star linebacker Chandler Jones and safety Budda Baker, has made them one of the better defensive sides in the NFL. This weekend they are up against a woeful Houston Texans side who are unlikely to pose any threat to a dominant Kyler Murray and co.

The Los Angeles Rams, Green Bay Packers, Tampa Bay Buccaneers and Dallas Cowboys all hold 5-1 records, with the latter not playing this week. New Rams QB Matthew Stafford has looked very assured thus far and has found a favourite target in wide-receiver Cooper Kupp, who has 46 catches (tied 1st in the NFL), seven touchdowns (1st) for a total of 653 yards (2nd). Up against the Detroit Lions, who are yet to win a game, all signs point to a comfortable victory for Sean McVay’s men.

Aaron Rodgers and the Green Bay Packers are on a five-game winning streak and play host to the Washington Football Team, who aren’t having the best of times this season and sit 2-4 in their division. After announcing that “I still own you” to the Chicago fans last week, Rodgers will be looking to extend this winning run. The only cause for concern would be the depleted offensive line up against one of the most frightening players in the league in Chase Young.

Arguably the greatest quarterback of all time, Tom Brady, continues to age like a fine wine in the Tampa sunshine, and with his side dominating on both sides of the ball it's hard to bet against anything other than a Tampa win this weekend. Facing the Chicago Bears and their highly-rated rookie QB, Justin Fields, Brady will look to put on an exhibition for one of the league's brightest prospects. It could be a big lesson for Fields and he should probably bring a notepad to the Raymond James Stadium. 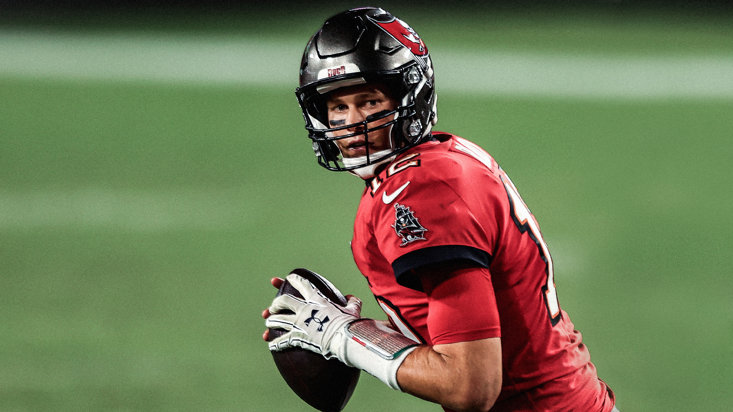 Teams who are looking worse for wear include the aforementioned Lions and New York Giants while the Seattle Seahawks and Philadelphia Eagles need to pick up a victory soon or things could start turning sour.

What's going on in the AFC?

The Baltimore Ravens are the only 5-1 team in the AFC, are on a five-game winning streak and still haven’t looked anywhere near their best yet. Dual-threat QB Lamar Jackson is looking sharper each week and still hasn’t had a full complement of linemen protecting him. Trying to end this streak will be Joe Burrow’s Bengals. With Cincinnati sitting just below the Ravens in the AFC North this game could see a lead change in the division, and while it’s difficult to look past the Ravens, the Bengals do pose a threat and shouldn’t be taken lightly.

Buffalo Bills, Las Vegas Raiders, Los Angeles Chargers and Tennessee Titans are all proud owners of a 4-2 record after the Titans beat Buffalo on Monday night. Both are looking strong contenders for playoffs and wouldn’t look out of place fighting for a divisional championship. The Raiders didn’t look fazed by the dismissal of head coach Jon Gruden during their victory last week, with their next opposition, the Eagles, not flying like their name suggests. Inexperienced QB Jalen Hurts is learning on the job but in a sport where mistakes are frequently punished Philly will be hoping for an upturn in fortunes sooner rather than later.

The AFC is proving a much tougher test for many teams, including former Super Bowl champions the Kansas City Chiefs, who share a 3-3 record with the Browns, Steelers and Broncos. The Browns host the Broncos in this week's Thursday Night Football with both sides looking to bounce back from defeats in week six. The Patriots suffered a crushing OT loss against the Cowboys but will look to bounce back against a poor New York Jets, whose 1-4 is only marginally better off than the Jaguars, Dolphins and Texans, who hold 1-5 records. It's fair to say these teams couldn’t be further away from challenging for playoffs this season unless things drastically improve.