Ferrari boss Mattia Binotto has thrown cold water over claims there’s any internal strife within the manufacturer's Formula One camp, following a crash between Sebastian Vettel and Charles Leclerc at the Brazilian Grand Prix last weekend.

"You could think that they are in conflict on the track, but that is not the case,” said Binotto, answering fans questions in a video question-and-answer session.

He added: "The truth is they have fun together, as they enjoy a good and harmonious relationship, which is maybe quite different to what you might read or think."

Despite the supposedly non-existent conflict between the two drivers, Vettel and Leclerc have both been told that their actions that lead to a collision were "not acceptable".

"We discussed together and I think that they understand what happened was not acceptable," Binotto continued.

"We know how to move forward."

In the race in São Paulo on November 17, the pair collided at high speed on the back straight as they tussled for fourth position at the Interlagos circuit.

The damage caused by the incident forced both drivers to retire. Vettel picked up a rear puncture while Leclerc’s front suspension was broken in a move that left Ferrari pointless after a weekend of hard work. 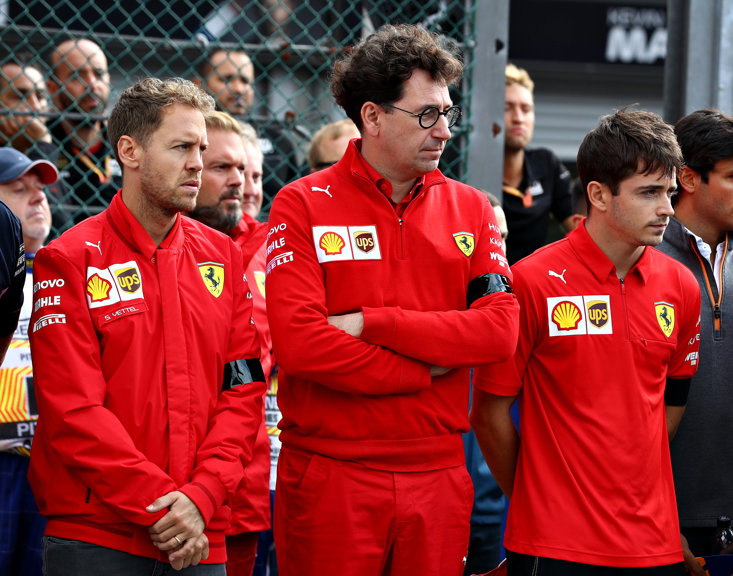 There is only a short time to fix the issues faced in Brazil for Ferrari as the F1 season comes to a close this weekend in Abu Dhabi.

Lewis Hamilton will be hoping to round off another title-winning season with a dominant performance.

Elsewhere in Formula One, Williams have confirmed a driver change ahead of the new season as Nicholas Latifi is set to replace Robert Kubica, who announced his departure from the team back in September.

The Canadian finished second in this year’s Formula 2 Championship and was the team’s reserve driver for this campaign, allowing him to partake in practice sessions and gain the experience needed to compete at the highest level.

He will hope to follow in the footsteps of Jacques and Gilles Villeneuve, two of F1’s most famous Canadian drivers.