It has been an incredible year of sporting drama and intrigue. With 2021 almost in our rearview mirror, we are paying tribute to the athletes that have defined the last twelve months. The Sportsman has already counted down the most influential female athletes of the year, and now it’s the men’s turn to step into our spotlight. Here are the male sports stars who made 2021 such a thrilling year.

Daley has been a fixture in the British mainstream since bursting onto the scene at Beijing 2008, when he was just 14 years old. A nation has revelled in his triumphs and consoled his failures for over a decade, and the catharsis of his first gold medal was incredible. A truly defining year from one of this country’s most popular athletes.

In 2021, men’s singles tennis belonged to one man. Novak Djokokovic won three Grand Slam events, and came within a match of winning the coveted Calendar Slam by taking all four. The Serbian superstar did achieve the Surface Slam, winning tournaments across each of the three court surfaces.

With the era of Roger Federer and Rafael Nadal slowly fading, Djokovic has emerged as the premier force in the men’s game. With the Australian Open, French Open and Wimbledon on his mantle, you’d be a fool to bet against the 34-year-old going one better in 2022 and becoming the first player since Rod Laver in 1969 to win the full set in a calendar year. 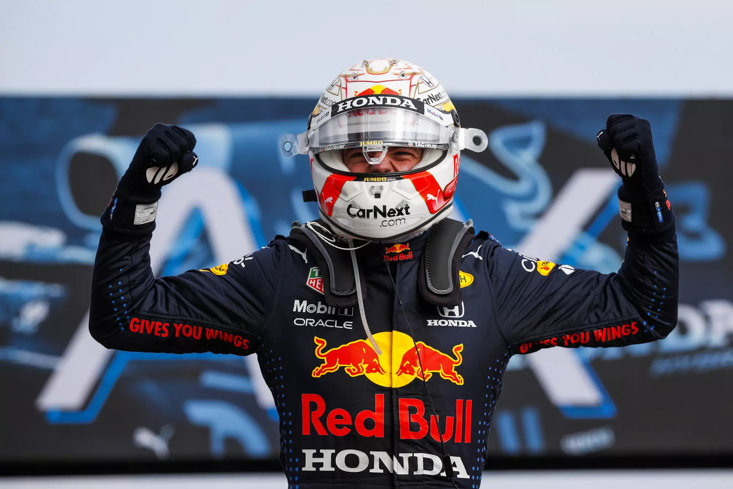 It was not without controversy, and the ending will be debated long after they both retire, but this season’s Max Verstappen vs Lewis Hamilton rivalry was an all-time classic. The two titans battled relentlessly for the Driver’s Championship, leading to some heart-stopping moments of drama and aggression on the track.

Saving the safety car debate for another time, Verstappen’s efforts in racking up ten Grand Prix wins on the way to the crown was nothing short of incredible. To show such winning mentality while up against the greatest challenger he has ever faced is why Verstappen deserves to be on this list.

There is a reason this man was crowned The Sportsman Boxer of the Year. Second only to that honour (right, Saul?) was his conquest of the undisputed super middleweight championship.

The Mexican superstar fought three times in 2021, winning every fight by stoppage. Mandatory challenger Avni Yildirim barely got out of the blocks, being busted up in three rounds. Britain’s WBO champion Billy Joe Saunders was next on the chopping block, bludgeoned in eight rounds. Finally, ‘Canelo’ achieved his crowning glory by knocking out IBF kingpin Caleb Plant in the eleventh round of their historic November showdown, the first four-belt unification in divisional history.

Alvarez has now called out WBC cruiserweight champion Ilunga Makabu, as he seeks out a title in a fifth weight class. See you on the list again next year then, Saul.

In 2020, the football world universally agreed that the frighteningly prolific Robert Lewandowski was its best player. Due to COVID-19, the Ballon d’Or was not awarded that year, and thus the Bayern Munich forward’s incredible campaign went unrewarded.

But the Polish striker simply did not stop scoring, and by the time the 2021 award arrived, he seemed primed to take it this time. Lewandowski had put up numbers not seen since the peaks of Cristiano Ronaldo and Lionel Messi, and was thoroughly deserving of the gong. Instead, the award went to a decidedly post-prime Messi.

He may have missed out on the Ballon d’Or, but football’s finest goalscorer gets the nod as The Sportsman Of The Year. After a scarcely believable 41 goals in 29 league games helped Bayern lift the Bundesliga last season, the 33-year-old has carried on in the same rich vein with 19 strikes already this season. This freakishly-talented forward deserves recognition, and here it is.