Boxing
News
A fight between the two bitter British rivals has finally been set for next February in Manchester
Kieran Spratt
10:35, 01 Dec 2021

Being a boxing fan these days can sometimes feel akin to Indiana Jones’ run in with the Ark of the Covenant. YouTubers, TikTokers and over-the-hill legends swirl around us like ghoulish apparitions, working desperately to arouse our curiosity. All we can do is shut our eyes tight and pray we don’t have our faces melted off by the ensuing carnage.

Even for the most puritan of boxing fans, avoiding the exploits of Jake Paul, the concoction of the inexplicable ‘Combat Triad’ and battering of prizefighting legends like Evander Holyfield won’t have been easy. This new wave of fights and fighters have taken over, increasing their column inches and time on our TV screens at a startling rate.

However, these are merely curious exhibitions, marketed to a wider audience outside of the hardcore fight fans and, despite some naysayers, they will probably have no long-term detrimental effect on the sweet science as a whole. If you pay £20 for Tommy Fury vs Jake Paul next month, you’ll no doubt get guaranteed entertainment - you won’t get technical prowess, fistic genius or genuine in-ring thrills - but you’ll probably get bang for your buck if you’re into that sort of thing.

In the midst of this maelstrom of batsh*t boxing going-ons though, a genuine boxing match between two former world champions has emerged, along with a debate on whether it deserves our attention and at what cost. 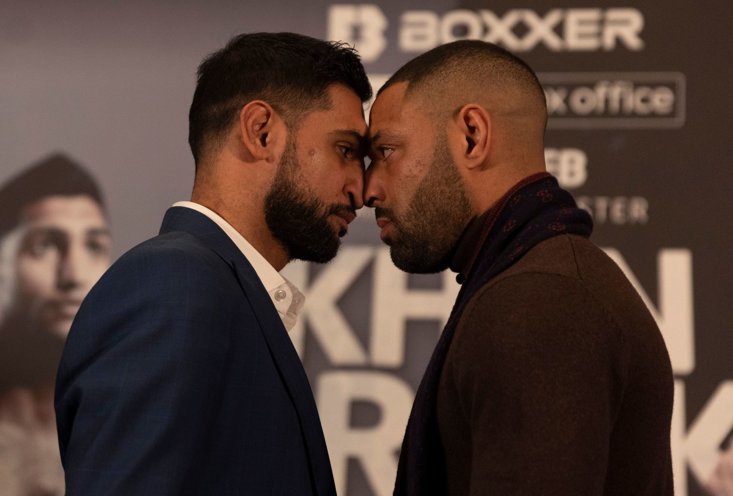 In a ‘will they, won’t they?’ that’s as nauseous and drawn out as Ross and Rachel in Friends, Amir Khan and Kell Brook have finally agreed to meet one another in the ring, a fight that had it happened a few years ago would have been the biggest British boxing spectacle in history. Today though, among some corners, it feels only a little more appealing than seeing two TikTokers go toe-to-toe for the WBC Social Media strap.* (*Not a real thing at time of writing).

The pair have been among British boxing’s brightest stars over the last fifteen years or so. Khan, a unified light-welterweight champion and Olympic silver medallist, has lit up arenas since making his maiden appearance back in 2005, while Brook, who went pro just a year earlier, is also a former world champion with some serious pedigree. Between them they have fought a veritable who’s who of boxing champions including Errol Spence, Saul ‘Canelo’ Alvarez, Gennadiy Golovkin, Terence Crawford, Shawn Porter, Marcos Maidana, Danny Garcia… and many, many more.

Pitting these two seems like a home-run, right? In 2015, absolutely. In 2022, not so much. The appetite to see these two most bitter of domestic rivals has rumbled for years but now that it has, mercifully, been confirmed for the Manchester Arena for February 19th, the hunger hasn’t vanished exactly, but it has waned considerably. The pay-per-view billing and price point have particularly drawn ire from fans.

The fight, which will be shown on Sky Box Office, is expected to cost between £19.99 and £24.99 - an understandable shock to many. Based on the headline act, it is absolutely not a PPV worthy event and probably hasn’t been for at least five years but, unlike the YouTubers and whatnot, these are two tried and tested boxers and the prospect of seeing these finally touch gloves in the ring is tantalising to even the most ardent of sceptics.

Both are over the hill, but could still contend at a decent, if not world level, and they hate each so much, it’s bound to be a lot of fun when they do finally meet in the squared circle. 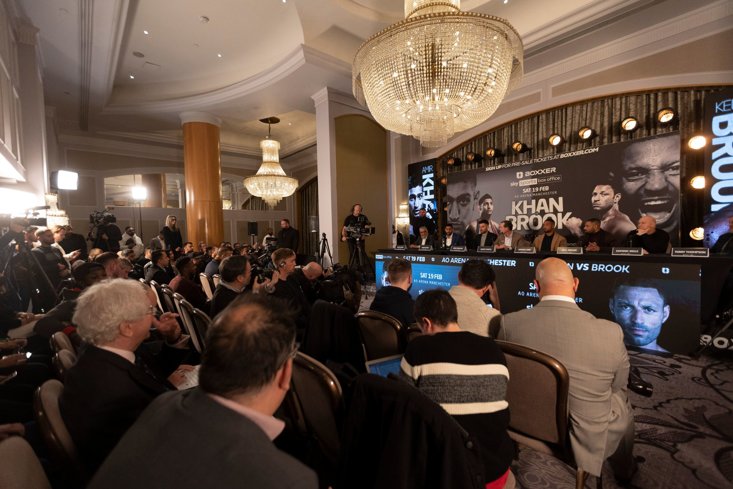 Ultimately, Sky Sports know what they’re doing - they understand their audiences and boxing fans are among the most fickle but most easily won of them all. We’ll throw our toys out of the pram for a bit, attach a gif of SpongeBob SquarePants saying “Nobody Cares” on any Facebook boxing page that dares talk about the fight and pretend that we’re just too cool to give it a second glance.

But then February rolls around and the Khan/Brook hype train reaches its zenith. Everybody’s talking about it now. You might even start to believe that these two warriors can turn the clock back and put on a show worthy of what might have been in 2015 - it’s boxing, anything can happen after all. That £20 price tag suddenly doesn’t seem as bad as it did four months ago.

So here we are, a bunch of Indiana Joneses stood tied to a post as the Ark of Covenant is opened once again. Will we take a peek? I’m willing to bet that most of us will.