Daniel Ricciardo won an eventful Italian Grand Prix this afternoon, with his teammate Lando Norris clinching a McClaren one-two by finishing second. Valtteri Bottas scored his eighth podium of the season in third, after a nail-biting race.

Ricciardo sealed the eighth Grand Prix win of his career, and first for his new team, after making the best possible start. The Australian overtook his former Red Bull teammate Max Verstappen at the green flag, and drove an incredible race to register a first title for his new team. Verstappen’s day would go from bad to worse, after being forced to retire due to a crash with Lewis Hamilton. The Driver’s Championship rivals clashed as Hamilton emerged from his pit stop, the Mercedes driver didn't give his Red Bull counterpart enough space before both drivers ended up in the gravel. The British driver’s roll hoop appeared to have taken some damage, and Hamilton struggled to get out of his vehicle. The drivers would be joined on the sidelines by last year’s winner in Monza, Pierre Gasly of Scuderia AlphaTauri, who withdrew with a fault that required investigation from his team. 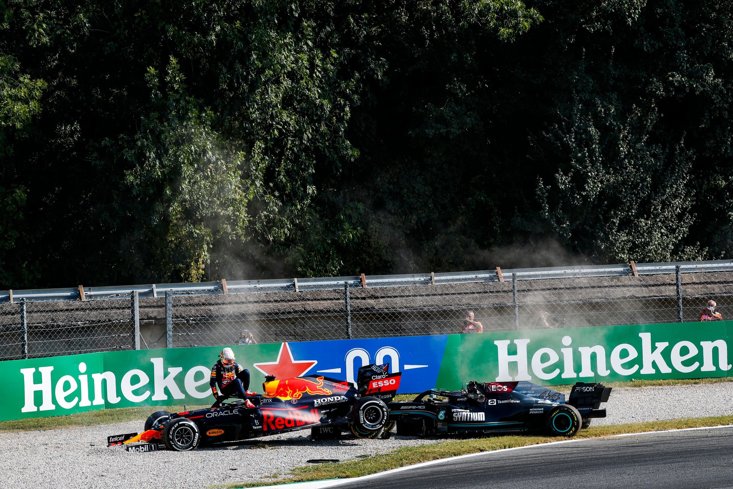 The absence of Hamilton and Verstappen should not detract from the achievement of Daniel Ricciardo. The victor had left Renault at the close of last season, citing the need to start winning races again. The delighted Australian got his wish in Monza, and asked an interviewer if he could swear before delivering a self-censoring “About… time” to express his joy at clinching his first victory since Monaco in 2018. His teammate Lando Norris helped seal the first team one-two of the season, and the Woking man raced brilliantly. Norris duked it out with Lewis Hamilton for the lead early on, and McClaren appear to be in a strong position going into September’s Russian Grand Prix. This is Lando’s first runners-up position of a two-year Formula 1 career, and at 21 years of age there is plenty of promise there.

There are sure to be inquests at both Mercedes and Red Bull after Lewis Hamilton and Max Verstappen’s early exits. However, the atmosphere at McClaren will be one of celebration after claiming victory in an incredible race. Roll on the Sochi Autodom.