Rugby League
News
This is a big year for the sport on home soil, one that Shaun Wane and every other England fan hopes can end with World Cup success
George Riley
10:44, 14 Jun 2022

England’s long-awaited first appearance of a much-hyped World Cup year is unlikely to bear any resemblance to what is to come at the end of it.

Everything about Saturday’s game against a Combined Nations All-Stars side, coached by rugby league great Ellery Hanley, has felt a bit of a struggle, and coach Shaun Wane will breathe a huge sigh of relief when he actually gets to oversee some competitive action.

This is a big year for the sport on home soil, one that Wane and every other England fan hopes can end with World Cup success against the Southern Hemisphere superpowers with the world watching.

Yet the juxtaposition of last week’s State of Origin opener - stunning in its skill and brutality, with this weekend’s somewhat contrived and haphazard international fixture, lends weight to those fearing England may find themselves way adrift when Australia, New Zealand et al jet in for the autumn.

It’s hard not to feel sympathy for Wane, who admits further late squad withdrawals this week have been “disruptive” and that his own term in the job has been “frustrating” in its lack of any meaningful time with a group of players to gel into a squad capable of achieving his goal of a World Cup win. And now, when Wane gets a first chance to look at his players halfway through the year, the squad available is way off what Wane would want.

The NRL-based players will of course give this squad a big lift at the end of the year, and that will at least allow Wane the chance to plot his preferred player path in the coming months, starting with a look at his fringe challengers in Warrington this weekend. Indeed to have 25% of this squad filled by Warrington Wolves' dismally out of form team shows just how tough this selection has been.

Wane is at least clear who his top two choices at the key position of hooker are. Unfortunately one of them is, for the time being, in international retirement, in Super League’s record appearance-maker James Roby, who will instead present the England shirts to players on Friday. 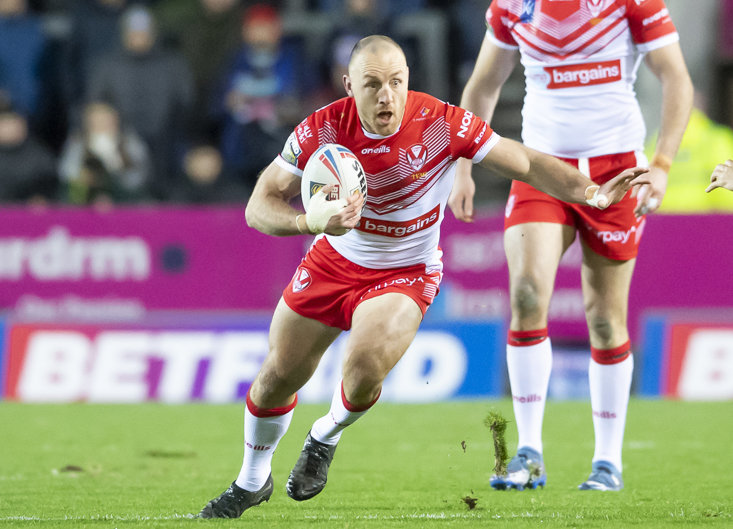 While Wane and his coaching staff remain coy on a potential u-turn from the player, I understand that behind closed doors they are very confident he will be lining up again in the World Cup.

The other trusted option is Michael McIlorum, who Wane recalls for a first appearance in nine years, during which time the Catalans star has played for Ireland. Wane is a huge McIlorum fan going back to their Wigan days together, and it is these two he trusts above anyone else to deliver World Cup success.

There is also versatility and experience returning to the squad in Kallum Watkins, who spoke exclusively to The Sportsman a couple of months ago of how his World Cup dream has driven him through mental black clouds in a return from serious injury.

What Wane needs more than anything though, to make this a worthwhile exercise, is a strong period of team bonding in-camp and a competitive hit out in the game itself.

The All Stars won this fixture last time, yet this week they have struggled to even get a squad together. Many players instead booked holidays with their week off, such is the ongoing struggle to give the international game the presence and prominence it so desperately needs.

I also know at least one Super League player who was placed on standby to play for the All Stars and was desperate to do so, cancelling plans for a week off to wait instead for a call that never came. The whole selection and logistical exercise has been frustratingly difficult and thus ludicrously last-minute.

International rugby league really should not be this difficult. And while Wane hopes that this week will offer up valuable hours together in a World Cup year, for the rest of Super League it provides an opportunity to take stock. So where are we after 15 games?

Champions Saints lead again and look dominant, despite relinquishing their Challenge Cup trophy. Another strong Catalans season has the Dragons leading the chasing pack although it is Challenge Cup winners Wigan Warriors in third who look the most likely challengers. The team they beat in the final - Huddersfield Giants - now appear genuine contenders too.

The top four look head and shoulders above the rest and that is where the champions will come from. Leeds Rhinos have pulled themselves together under new boss Rohan Smith and have moved from flirting with relegation to a decent outside shot of the playoffs.

Below Leeds it gets ugly. Warrington, who incredibly have five players in that England squad, are looking wretched as they struggle to adapt to new coach Daryl Powell’s style. Five straight defeats leaves them level with Salford Red Devils and Wakefield Trinity, with only the increasingly-doomed Toulouse Olympique propping them up. 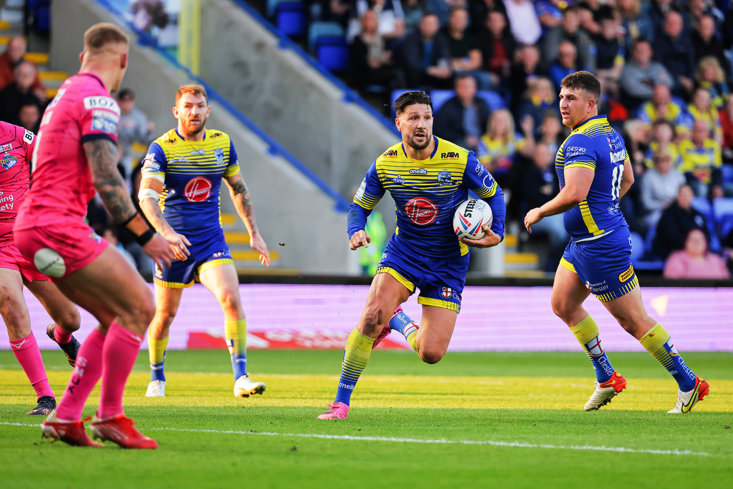 Indeed the French side, along with the Betfred Championship’s big two Leigh Centurions and Featherstone Rovers will be hoping to hear noise from the discussion first mooted in this column last month of a possible shift to a 14-team Super League that would include all three.

The weeks since then have seen invincible Featherstone put to the sword by rivals Leigh, both in the 1895 Cup final at Tottenham and even more strikingly in the league this week.

The Centurions have won both, taking the silverware in London, and crucially top spot in the Betfred Championship at Leigh. Rovers have looked surprisingly second best in both contests, with their acclaimed head coach Brian McDermott starting to make some big calls including axing the club’s record points scorer Craig Hall.

McDermott was brought to Featherstone purely to win promotion to Super League. Leigh are the only real rivals to that goal but the last month has seen them emerge as clear favourites. It leaves McDermott with a position in which he normally thrives: plotting a route through adversity against the odds.