Twenty-five years on from one of the most memorable Wembley showdowns of all time, England and Scotland are preparing to go to battle once again with the two proud footballing nations having enjoyed very different opening games at Euro 2020.

In reality, the two have been on near polar opposite paths in the quarter of a century that has passed since then, with England reaching a World Cup semi-final three years ago while Scotland are playing in their first major tournament since 1998.

All of that will be swept under the carpet on Friday, when the old enemies renew this historic rivalry. Not only have they enjoyed contrasting fortunes in the last two decades or so, but the Home Nations sides also experienced extremely different emotions to open their Euro 2020 accounts.

Gareth Southgate’s men exacted revenge on Croatia for dumping them out of the 2018 World Cup with a Raheem Sterling goal the difference between the two on Sunday. Scotland, on the other hand, slumped to an opening-game defeat at the hands of Czech Republic, with Bayer Leverkusen’s Patrik Schick breaking Hampden hearts on Monday. 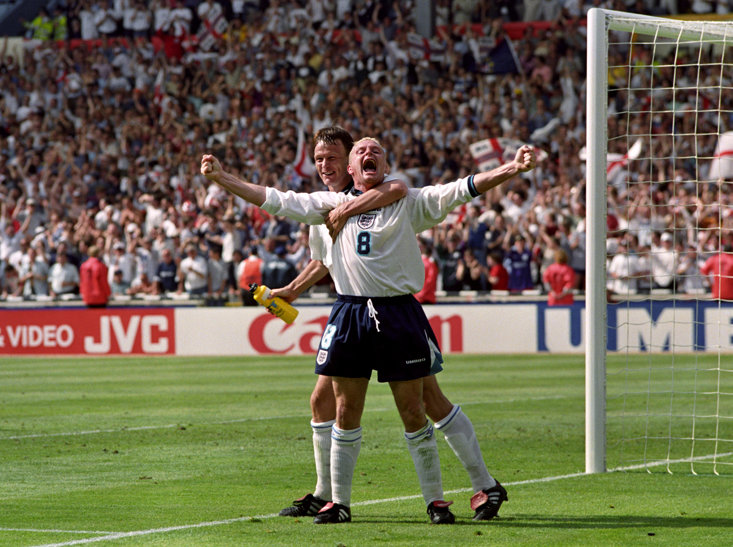 The Three Lions are now overwhelming favourites to top the group, which would set up a clash against the runners-up of a Group F containing world champions France, defending European champions Portugal, and long-time nemesis Germany. Scotland need to take something from Friday’s Wembley clash to go into their final Group D game against World Cup finalists Croatia with something to play for.

It’s an old cliché in football, but form really does tend to go out of the window whenever old rivals meet, and in international football, England v Scotland is as big as they come.

It was 25 years ago on Tuesday that Wembley hosted that famous spectacle, now best-known for Paul Gascoigne’s 'dentist's chair' celebration after his brilliant loop and volley secured a crucial three points for Terry Venables’ troops. England would go on to reach the semi-final, with Southgate missing his penalty to send Germany into a final that they would win with an Oliver Bierhoff golden goal.

Following on from that defeat in the ‘Battle of Britain’, Scotland went on to beat Switzerland through an Ally McCoist goal and looked like they would be joining their neighbours in the latter stages. However, somewhat cruelly, Patrick Kluivert scored a 78th minute goal with his Netherlands team 4-0 down against a rampant England which would prove to be enough to send the Dutch through at the expense of Craig Brown’s men.

It’s an argument that can still be heard in pubs throughout the United Kingdom today. At 4-0 up, did England take their foot off the gas to ensure Scotland wouldn’t progress? Of course not, but it still hasn’t been forgiven 25 years later.

Unforgivingly, from a Scottish point of view, the 1998 World Cup is the only tournament since that they have competed in, with an opening game against the mighty Brazil arguably the biggest match in their history.

After conceding an early goal, it looked like the floodgates could open, but a John Collins penalty before the break had a nation dreaming of the biggest scalp of all. However, a freak Tom Boyd own goal robbed a brave Scotland of a memorable point, although they did recover to earn a draw against Norway in their next match. 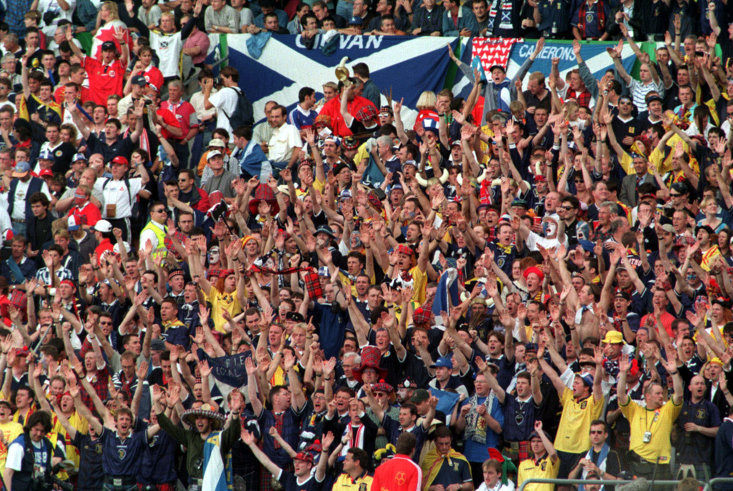 Needing a win over Morocco to progress, Scotland played most of the second half with 10 men and succumbed to a 3-0 defeat. Meanwhile, England managed a second placed finish in their group after a shock 2-1 defeat against Romania, and were rewarded with a demanding Round of 16 encounter with Argentina.

Twelve years on from the infamous ‘Hand of God’ goal, there was no revenge for Glenn Hoddle’s men as Paul Ince and David Batty missed their spot-kicks to send the Three Lions home early.

The wait has been a long one, but the Brits renew their rivalry in a major tournament once again on Friday. Scotland have a lot of work to do to ensure that their first major tournament since B’Witched top the charts with C’est La Vie doesn’t end at the earliest opportunity, with anything less than a positive result against Harry Kane and co all but confirming their exit.

One thing is for certain, the Tartan Army will be as up for it as ever.