adidas Originals have teamed up with world-renowned porcelain maker Meissen to give the ZX8000 a truly one-of-a-kind makeover which Sotheby‘s will be auctioning off at an estimated auction for between $1 and $1,000,000, with proceeds going to the Brooklyn Museum to help fund access to the arts for local youths. 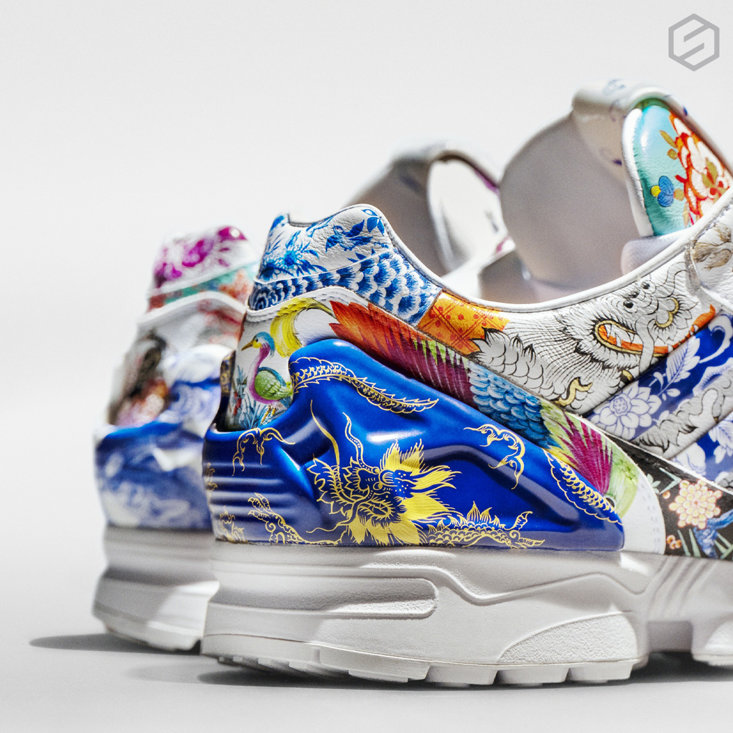 Let’s make one thing clear, these aren’t for a jaunt to the shops in, these are art, plain and simple. Combining Meissen’s historic ‘Krater’ vase, first designed in 1856 and which unites a number of decorative styles from throughout Meissen’s 310-year history, with the ZX8000, the sneaker’s hand-painted leather is painstakingly crafted with hand-made porcelain overlays that are adorned with 15 of the 130 possible patterns that Meissen adds to its vase. The pair took six months to be put together and over a year to design in total, utilising the skills of four individual painters across three separate Meissen departments. 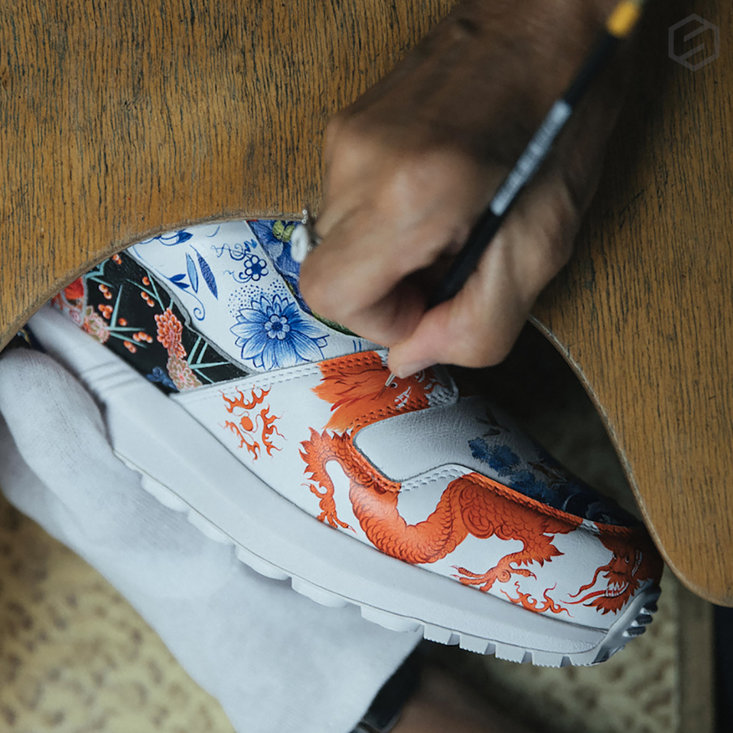 Till Jagla, adidas’ global head of energy, said, “Meissen carries so much heritage and know-how, inspiring collectors around the world. The manufacturing process to create the ‘first porcelain sneaker ever’ has been very complex, and took us more than a year to finish the product. The team has been obsessed with creating the perfect piece of art. When I think about this project, what I liked most is the love, the passion and the dedication, which have led to an overwhelming result.” 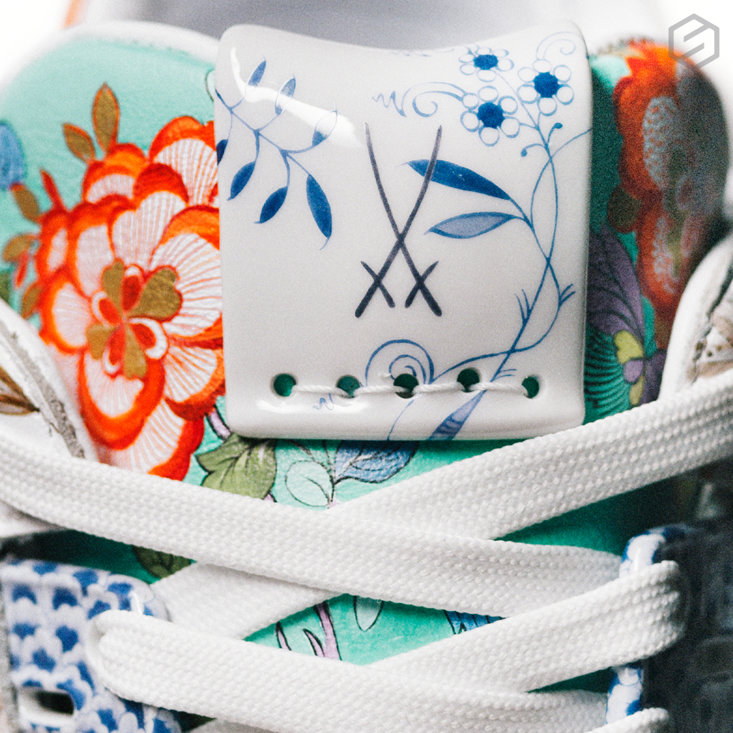 The Meissen x adidas Originals ZX8000 “Porcelain” can be found on the online-only lot between December 7 to December 16 on Sotheby’s website. For those of us without a spare $1m lying about,  Meissen and adidas Originals will be releasing a commercially available ZX10000 inspired by this one-of-a-kind shoe later this month. 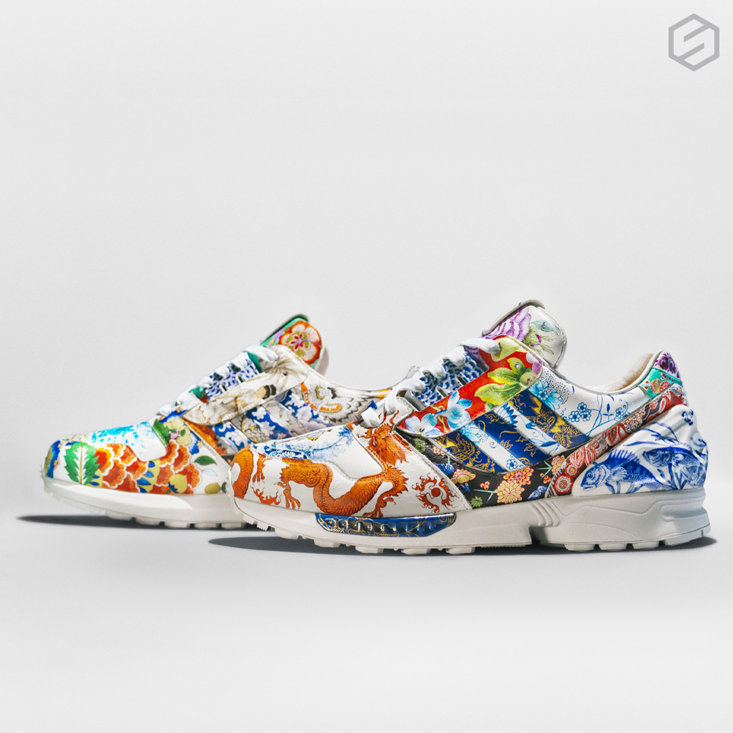 x
Suggested Searches:
Tyson Fury
Manchester United
Marcus Rashford
Lewis Hamilton
F1
Air Jordan
More
style
Reebok Pays Tribute To Kung Fu Panda With New Kick Ass Collection
Skadoosh. As Oogway said in Kung Fu Panda, ‘Yesterday is a history, tomorrow is a mystery but [ ... ]
style
Five Totally Unique Spirits That Are Perfect For Dad This Christmas
Christmas is coming and you’re thinking of what to get a man who already has everything. Your [ ... ]
style
Supreme x Timberland Bring Style And Substance To Their Fall/Winter...
It’s certainly been a busy month for the folks at Supreme. Not only has the company been acquired [ ... ]
style
Adidas, Marvel And PlayStation Join Forces For Superstar Tribute...
Spoiler alert, Spider-Man dies. For those of you who didn’t already know we can only apologise, [ ... ]
style
The Perfect Coffee Table Book That Explores 100 Years Of Sneaker...
Al Capone rocking Adidas Gazelles, Charlie Chaplin in Nike Air Max or Albert Einstein repping Reebok [ ... ]
style
adidas Pay Homage To Bill & Ted's Wyld Stallyns With Excellent...
Back in the day, when we were busy being excellent to each other, the Torsion Artillery from adidas [ ... ]
style
Nike Unveil A Spooky Remaster Of The Air Force 1 Just In Time...
The ancient Celtic festival of Samhain is upon us, that’s Halloween to the uninitiated. Of course, [ ... ]
style
Liverpool And New Balance Release Limited Edition Blackout Jersey
Liverpool and New Balance have released a limited edition blackout shirt to celebrate 100 years since [ ... ]