First, the bad news. You’ll never see one. Unlike the road-friendly Chiron on which it’s based, the Bugatti Bolide is a 310mph, 1,845bhp track-only machine, meaning it’s destined for a life in air-conditioned garages to ensure the resale value always goes north. Think of it like a toy. Keep it in the box and you can sell it for vast profit in a decade or two. Take it out and actually play with it? Well, who wants a used toy? So, enjoy the pics, because this is as close as you’ll ever get. 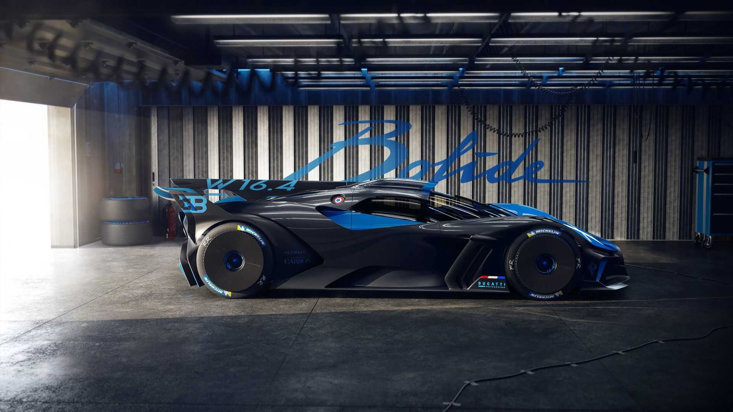 It’s taken a lot of work to wring 300mph out of the Bolide. When Bugatti rolled out the Veyron back in 2005 it looked utterly effortless, almost as if the engineers had stumbled across the formula for the fastest car in the world completely by accident, creating 253mph through a combination of luxury leather, ample legroom and three radiators. Not so the Bolide. 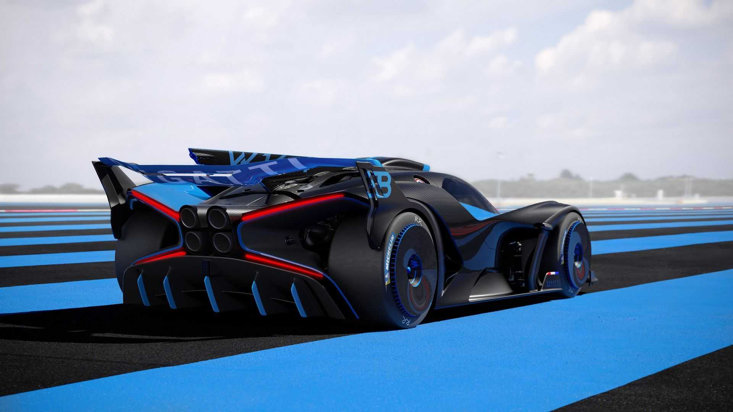 The 8litre W16 engine is still there, but almost everything else has gone out the window to bring the weight down to a paltry 1,240kg. “We asked ourselves how we could realise the mighty W16 engine as a technical symbol of the brand in its purest form - with solely four wheels, engine, gearbox, steering wheel and the only luxury, two seats,’ explained Bugatti President Stephan Winkelmann. It’s basic then, but that’s the joy of making something ‘track only’, you don’t have to worry about petty annoyances like airbags, minimum ride height and getting it through the MOT on a soggy Sunday afternoon. You just need 4 wheels, two seats and one engine. 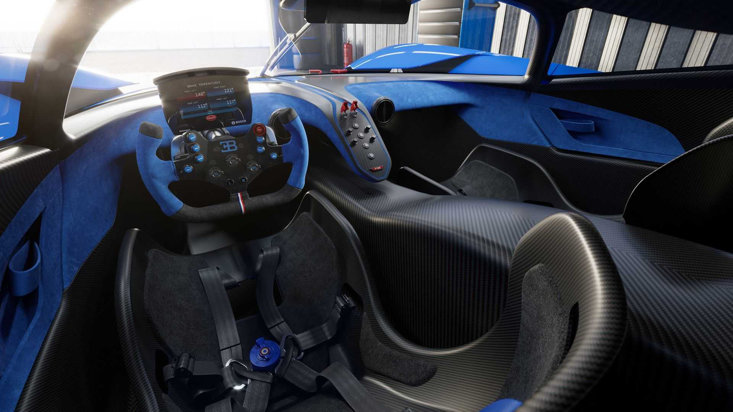 Armed with a huge air scoop, blue-tipped rear diffuser and carbon bodywork, the Bolide runs on normal fuel, but requires 110 octane racing fuel to get the really big numbers out of it, powering four thumping new turbochargers that propel the French Racing blue and black coloured aerodynamic chassis from zero to 310mph in the same time it’s recommended you wash your hands to prevent the spread of Covid - 20.16 seconds. 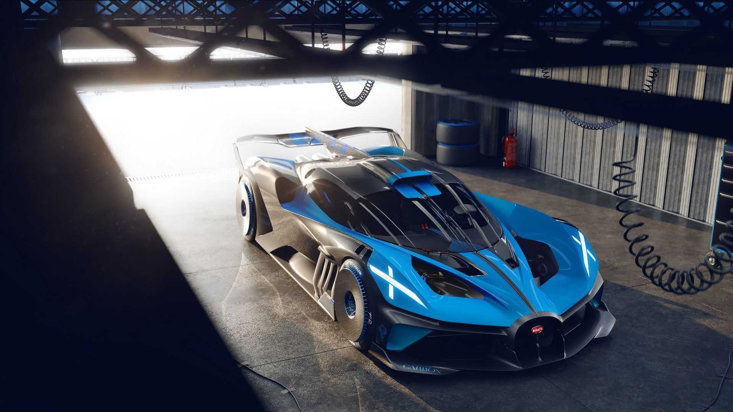 Fast, light and bonkers, the Bugatti Bolide is still in the prototype stage which in this case means yes, it’s built, but they are not saying how much it’s going to cost. But whatever the final price, it’s easily going to cost you north of £3M, and of course a new air-conditioned garage.