Talk about a mixed start to the NFL season for quarterbacks! We’ve seen standout performances, we’ve seen some absolute stinkers, players have underwhelmed and, unfortunately for Trey Lance, we’ve seen some terrible injuries.

As always, we’ll state the components that influence whether a player will rise or fall in the rankings. Influential factors accounted for are QB passer rating, touchdowns, interceptions and yardage. The reputation anyone may hold is no longer important.

Opening the top 10 with a stunning jump is Trevor Lawrence and the Jacksonville Jaguars. 510 yards, three touchdowns and one interception are respectable numbers for the second-year QB from Clemson. With a receiver core that doesn’t boast many big names, Lawrence has stepped up thus far. Let’s see how he fares against the Chargers this weekend.

We warned you all that Stafford loves an interception, or in this case five. You can’t do that in the NFL and expect to win games. His receiver core is stacked with talent and despite the fact that the Rams have played some tough teams, there’s no excuse for those figures. His completion rate of 72.7% is probably his only saving grace. Lucky to remain in the top 10 given the drops for others.

Joe flipping Flacco. In the absence of Zach Wilson, Flacco has stepped up seamlessly. Five touchdowns, one interception, a stunning last-second fightback versus the Browns and a sense of composure. He’s leaving a mark on the New York Jets offence and if he continues this fine form then there’s no reason why he can’t remain in the top 10.

“What’s this guy doing here?” we hear you ask. Well, you simply can’t argue with numbers. Six touchdowns, one interception, a passer rating of 100.2 and an inspired victory against the Washington Commanders. How long can he hold a spot amongst the best in the league? Probably not that long but who knows, it’s the NFL after all.

Bravely battled through an injury against the Chiefs to try to swing the tide in his side's favour, Justin Herbert is a fighter. He might go down but he’ll go down swinging. With six touchdowns, one interception and a 112.5 passer rating, he’s started the season brightly and is unfortunate to not have two wins to his name. A testing game versus Arizona awaits this weekend.

The Tua-Tyreek duo is starting to take shape and the storming comeback against the Ravens at the weekend was partly down to those two alone. Tagovailoa has thrown a whopping 739 yards, seven touchdowns, four throws for 40+ yards and an impressive 116.5 passer rating. Tua is rightfully in the top five.

Jalen Hurts looks like he’s HIM. Now he’s got weapons like AJ Brown, Miles Sanders and Dallas Goedert to support him, Hurts is ripping defences apart. Like Lamar Jackson in third spot, Jalen’s ability to run with the ball gives an additional headache for defenders up and down the NFL. His total numbers so far read: 723 scrimmage yards, four touchdowns, one interception and a 97.1 passer rating.

LJ8 is playing ‘give me big money’ football at the moment. He appears to be enjoying himself, moving freely and having fun while doing so. The Ravens shouldn’t have lost against the Dolphins but that’s no slight on Lamar. While he’s in this form, the Ravens will win many more than they lose. With 667 passing + rushing yards, seven touchdowns, one interception and a 120.1 passer rating, Baltimore look forever threatening with Jackson in the backfield.

Tipped from top spot due to his interceptions and the quality of opposition he’s faced compared to Patrick Mahomes. Allen has still balled out and it’ll probably be a battle between these top two all season. Tit for tat at the top of the power rankings only bodes well for all NFL fans.

King Pat is back on top. Maybe his ranking of fourth was too harsh originally but against the Cardinals and the Chargers he’s stepped up and dominated. A 127.9 QB passer rating, seven touchdowns, zero interceptions, 595 yards and a 73% rate. He’s on fire and he faces a vulnerable-looking Indianapolis Colts side on Sunday. 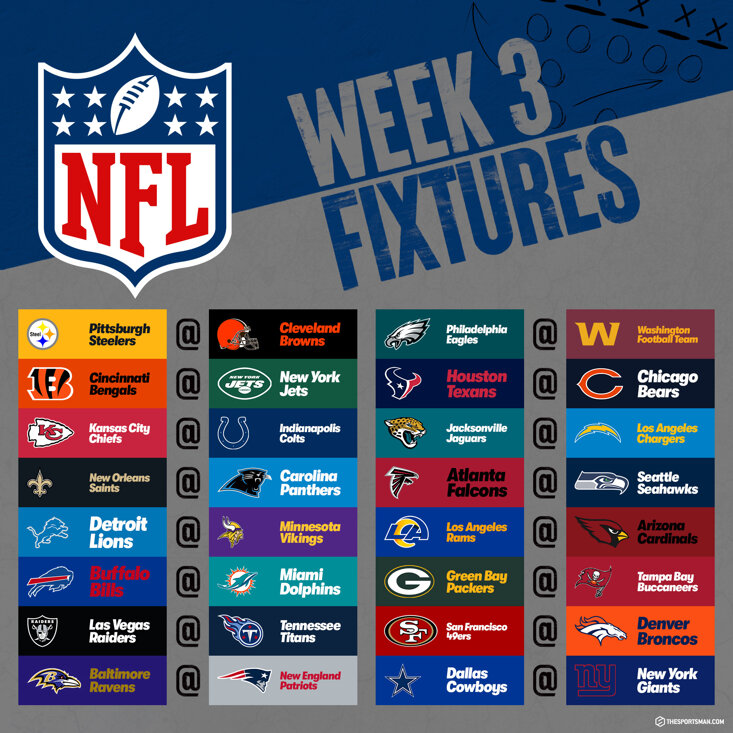