Us Sports
News
Following the announcement of the Week 1 fixtures, we take a look at the games we’re most excited for
Sam Penfold
19:05, 13 May 2022

Something the NFL seem to be willing to do is make their sport a spectacle through their own power. The executives aren’t afraid to get involved and, between six schedulers and a cloud-based fixture formulating computer, they produce a final product that brings excitement, thrills and drama over the course of an 18-week season.

Following the announcement of the Week 1 fixtures, we take a look at the games we’re most excited for.

Super Bowl contenders vs Super Bowl champions. Boy oh boy. This game is a tone setter. There’s no doubt it will be one the best games of the regular season. New signings on either side of the ball for both sides will be eager to make an impression on their new fans and coaches. Both teams know everyone else will be looking at the game to see what standards are being set. The Bills will be fired up and ready for the trip to SoFI stadium while the Rams get the luxury of playing in the stadium in which they won a Super Bowl the last time they played there. Top class scheduling will hopefully deliver a top class game.

The Drew Lock, Noah Fant and Shelby Harris derby. Oh yeah and Russell Wilson returns to Seattle to play his first game since his blockbuster switch to Denver. It’s something new for everyone to experience. You’d anticipate a warm reception for the former Super Bowl winner given that he knows full well how hostile the stadium can be anyway. Will Pete Carroll and his Seattle side be ready for Wilson and his new side or can the new Bronco stun Lumen Field into silence and inflict an opening day defeat? We’ll just have to wait and see.

The reverse of this game was the opening fixture for both sides last season on Thursday Night Football and didn’t disappoint as the Buccaneers emerged 31-29 winners at the Raymond James Stadium. This time out, Tom Brady returns for his 23rd, yes, 23rd season after announcing his decision to end his retirement after just 44 days.

He’ll be without star Tight-End Rob Gronkowski, who as it stands, is yet to sign a new deal with the Bucs. Meanwhile the Dallas Cowboys will be hoping they can beat Tom Brady and co to extend their winning record against the Bucs to 16-5. Every year seems to be a ‘this is their year’ for Dallas so we won’t say much about them for now, we’ll let them do the talking.

This game was one of the games of the season last year. Both sides were playing for a spot in the postseason and it was the Raiders who came out on top in a 35-32 overtime victory. Now, in game one of the 2022/23 season, it’s the Raiders who travel to the Chargers. Both these teams have recruited smartly over the off-season and we’ll see the likes of Davante Adams and Chandler Jones face off against Khalil Mack and J.C. Jackson. Get the popcorn ready people, this will be a cracker. 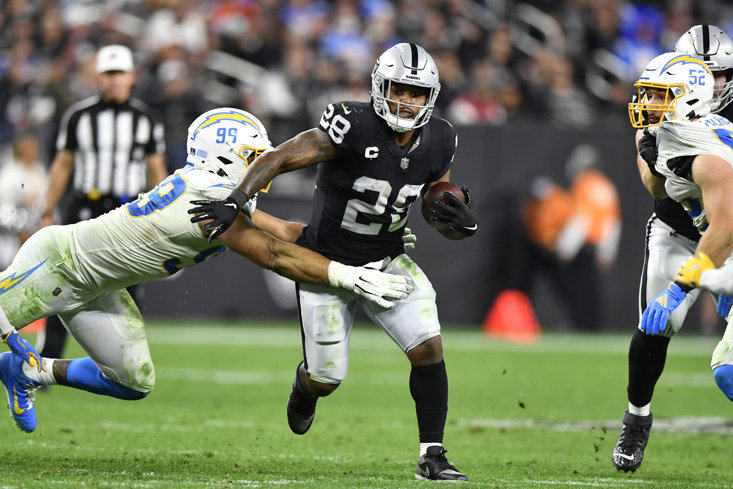 A Tyreek Hill-less Kansas City offence and a Tyrann Mathieu-less defence is something everyone is intrigued to see. Something yet to be decided is whether we’re going to see a Kyler Murray-less Arizona Cardinals. One thing is for certain and that’s this will be a very entertaining game. The Chiefs still have Travis Kelce and PatrickMahomes, as well as new additions in JuJu Smith-Schuster and Marquez Valdes-Scantling, so you cannot rule them out whatsoever.

Life for the Cardinals is slightly tougher with star receiver DeAndre Hopkins currently facing six weeks out after being hit with a doping ban by the NFL officials. He denies the charge and will fight against the ban so we could still see him in Week 1. With both of these teams looking to go deep into the postseason it could be a very tasty encounter to get the season underway. 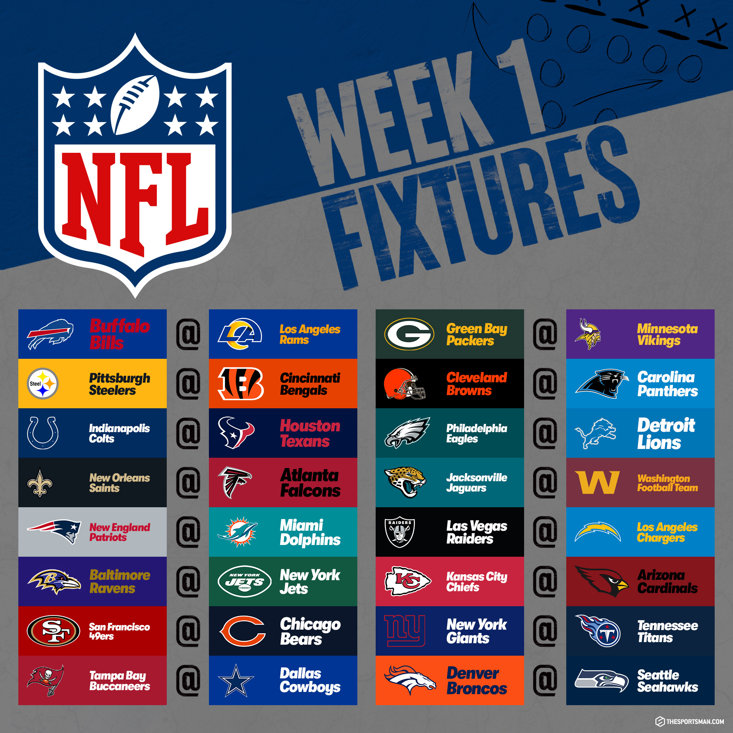