As the enduring appeal of James Bond’s 1964 Aston Martin DB5 will attest, all good looking, slightly psychotic assassins drive iconic cars. In Goldfinger for example, Bond pootled around Europe behind the wheel of his unassuming Aston, distributing death at rates not seen since the plague. As a result, the car has become his trademark (which, incidentally, is career suicide for a spy) meaning that a DB5 today will cost you close to the million-pound mark. Which is a lot of money for car that’s nearly half a decade old.

And so, as the French said back in 1945, thank God for the Americans. Because anything we can do, they can do better. And cheaper. And with better merchandise. Step forward John Wick, the American hitman version of Bond, owner of a dog (called dog) and, more importantly, a man who drives a Ford Mustang Mach 1, one of the most iconic cars in the world.

For the fact fans amongst you, Mr Wick, in three films, has wiped out 299 people. Bond, in fifty years, has only managed 71 more than that. Which means that although the Mustang doesn’t come packed with fun little extras like an ejector seat, it is driven by the outright meanest man on the planet and that counts for more than headlamp mounted machine guns (just). And now, thanks to Oklahoma-based car specialists, Classic Recreations, you can own your very own ‘Hitman’ Mach 1, fully licensed by the Ford Motor Company itself. 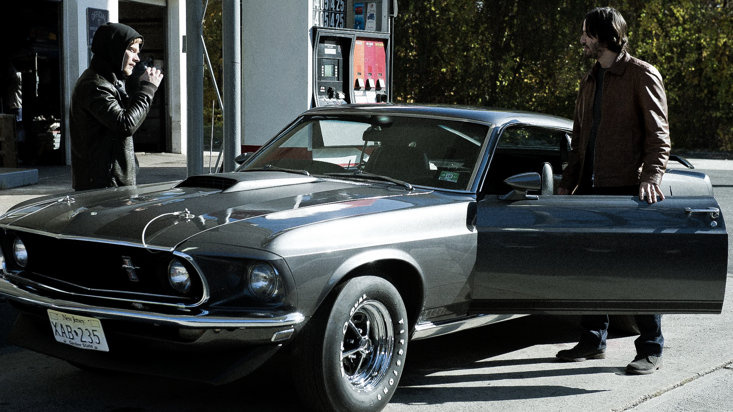 The premise is simple enough. Take a classic 69 chassis, stuff in a 345-horsepower Coyote V8 engine, decide that 345 horsepower isn’t enough, bolt on twin-turbocharges to add the power of 1,000 horses and put a 200mph speedo on the dashboard. Then pop on 18-inch wheels, power steering, high back racing seats and finish the whole thing off in hitman grey (actual colour). There are even two holders for coffee although you still have to wind the window down which isn’t cool, ever (although at the speeds you’ll be travelling it’s probably best they are up anyway, lest you suddenly get sucked out the gap when you pass the 180mph mark). And the best news, there’s a six-speed manual gearbox, meaning you can negotiate that most un-American thing of all – corners.

How much? Well, considerably less than the Aston. The turn-key Hitman model will cost you £131K for the basic model. How much you add with optional extras to that is up to you, but you can switch the 345 hp engine for a 650 hp version, just saying. Classic Restorations, we salute you. 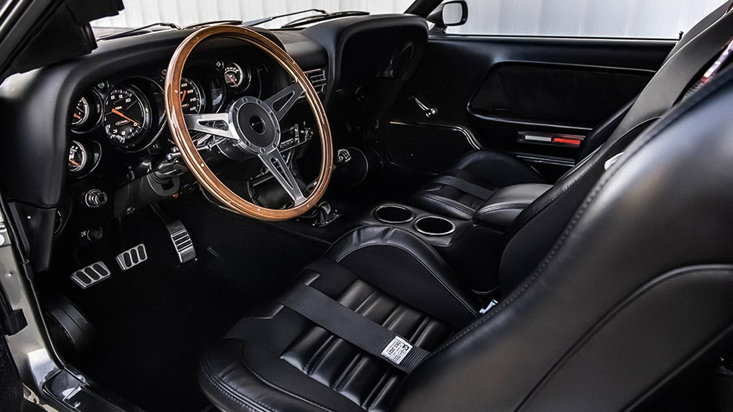