Motorsport
News
A fascinating insight into the no nonsense Formula One legend
Ed Needham
12:00, 29 Feb 2020

The seventies were an outrageous decade for Formula One. As a hybrid of the gentleman racer era that came before and the rise of technology that lay ahead, the sport over-delivered on personality and danger. No one embodied those qualities more than the Austrian Niki Lauda, and his defining 1976 accident at the Nürburgring.

Surviving that 125mph crash and inferno to race again just 42 days later, without eyelids and with his terrible burns wrapped in bloody bandages, he became the representative of the sport’s ghoulish relationship with death. The press lost it completely.

“Bild ran one headline which asked: ‘My God, where is his face?’” he writes.

“The piece explained: ‘Niki Lauda, the world’s fastest racing driver, no longer has a face. It is no more than raw flesh with eyes oozing out of it.’”

To Hell and Back, his autobiography, was first published in 1985 after his second retirement, by which time he had added two more Drivers’ Championships, in 1977 and 1984, to the one he won before the crash. With a notorious lack of time for “bullshit”, he devotes not a single sentence to the pain and suffering he must have endured.

“There really is no point in having a complex about losing half an ear,” is about as far as he moves the emotional needle.

The book has been updated with a chapter on his third act as an executive with the Mercedes F1 team, following his time as driver and as a successful airline entrepreneur. But it still works as an intriguing profile of a truly singular sportsman.

Born into the Viennese elite in 1949, he scandalised the conservative Lauda clan by taking up motor racing, an activity they considered way beneath their elevated social rung. He didn’t care what they thought. Indeed, he didn’t much care what anyone thought.  Utterly self-centred, a journalist described him as a ‘dyed-in-the-wool egotistical bastard.” 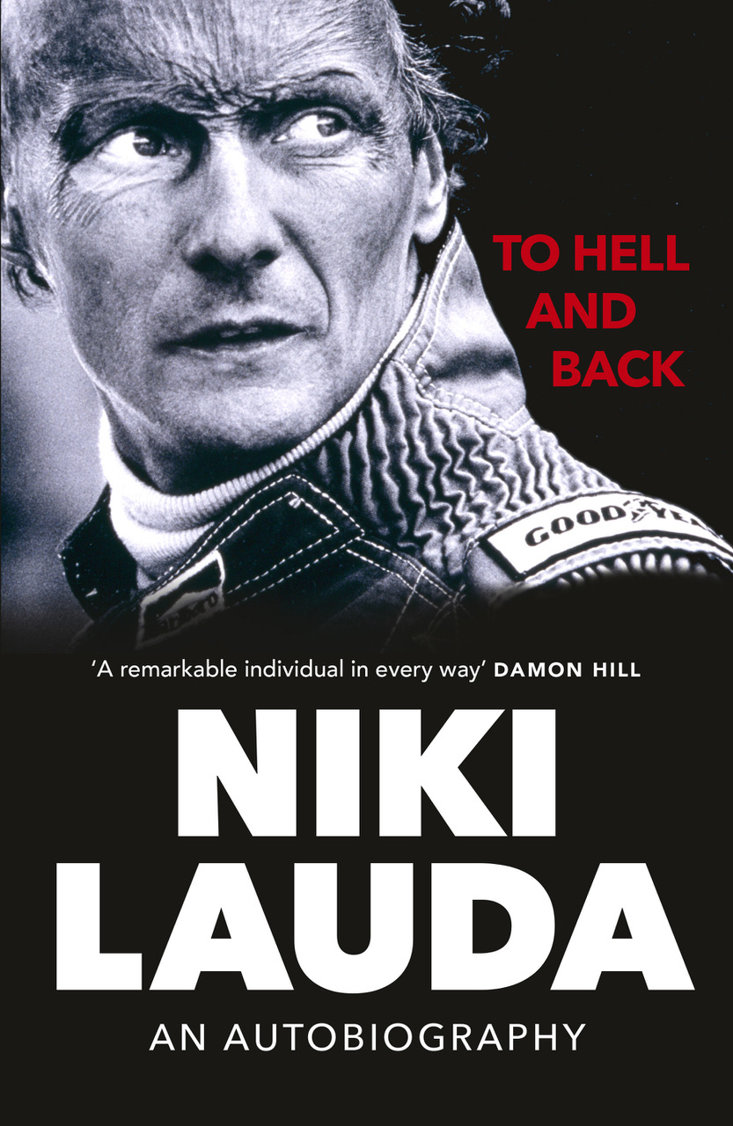 He throws his trophies in the bin. He refuses to let passengers on his private jet either drink alcohol or use the toilet. He admires an early girlfriend for her ability to sit still and be quiet: “She would sit next to me in the car for hours on end without opening her mouth and, if I left her on her own somewhere at the track, the odds were that I would come back to the same place hours later and find her in exactly the same pose as when I left.”

Yet this Arctic demeanour and uncomplicated directness serves him well in a sport full of difficult individuals, such as his weird employer Enzo Ferrari and the Machiavellian Bernie Ecclestone, a lifelong ally. Indeed he is so used to people being bastards it takes him an age to get his head around the fact that teammate Alain Prost is a genuinely nice guy.

And even in his last job at Mercedes, he was still combining that unfiltered communications technique with a deep understanding of what F1 drivers go thorough.

As an example of the former, he once attended a fancy dinner with some potential Chinese sponsors, an occasion with several million dollars resting on it. Yet even before the menus had arrived, Lauda said to the CEO, “Are you going to sponsor Mercedes? Because if you are not, we are wasting time here and we can all go home.”

As an example of the latter, he was responsible for persuading Lewis Hamilton to join a fledgeling and mid-grid Mercedes team and mentoring him to become one of the sport’s all-time greats. Hamilton’s F1 car bears a single red star as a permanent tribute to Lauda’s role in his success.

Niki Lauda died in May last year, from complications stemming from damage to his lungs in that crash at the “Stone Age” Nürburgring 43 years earlier. He is still the only driver to win championships for both Ferrari and McLaren.