Motorsport
News
The ‘First Grand Prix’ is one of the fastest tracks on the calendar
Steven Allen
08:35, 21 Jul 2022

Bonjour! The French Grand Prix gets started this weekend, with the F1 paddock heading to the Côte d’Azur.

There’s a good chance that this might be the last time we see a Formula One race at the Circuit Paul-Ricard, with the entertainment value not being quite the same as other tracks, facilities lacking and a lack of popularity among fans and drivers alike. The contract for the French Grand Prix runs out at the end of the season, and amid talks of additional tracks being added to the calendar, this race could be one that faces the axe.

Since its return to the schedule back in 2018, only Lewis Hamilton and Max Verstappen have picked up wins in the three editions we’ve managed to see, and it seems that the Red Bull driver will be ready to get back to winning ways upon his return to France.

The Dutch defending champion has been relatively out of sorts by his usual high standards. A puncture and wing damage counted him out of the British Grand Prix, finishing in seventh place, followed by a second placed finish at the Austrian GP, handed to him at the expense of Carlos Sainz, who’s engine blew up to prevent a 1-2 Ferrari finish at the Red Bull Ring.

It’s been nothing but a bit of bad luck for Max, and you can expect him to return to form this weekend on a track that benefits the straight-line speed of the RB18. 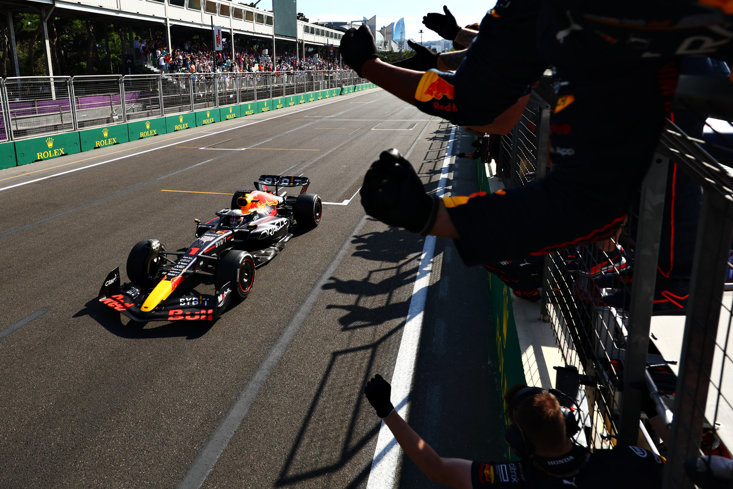 His teammate, Sergio Perez, has not always had great form here. A retirement in his first attempt for Force India back in 2018, followed by a 12th and 3rd placed finish was the best he’s accomplished at the Circuit Paul-Ricard, however his form this year would indicate a similar innings to his third placed finish last season.

In terms of other teams, Ferrari have won back to back races in Austria and Britain and are now just 56 points behind the leading pack in Red Bull. The Prancing Horse had a horrible day at this race last year with Charles Leclerc ending up in P16 after failing to keep up with the pack and pitting early twice. Carlos Sainz also finished out of the points in 11th.

Mercedes seems to have eradicated their ‘porpoising’ issues entirely and can now focus on building a race-winning car for both Lewis Hamilton and George Russell. The seven-time champion’s heroics at his home GP hasn’t gone unnoticed and it’ll be interesting to see whether he can continue his form, and if Russell can return back to his consistent top five finishes.

Alpine are expecting to bring upgrades with them to their home grand prix. Esteban Ocon has described recent upgrade packages as ‘very positive’ and Fernando Alonso will fancy his chances of getting a podium finish this weekend.

AlphaTauri are also bringing upgrades and hoping for an improvement upon the weak points of their car. However, Pierre Gasly has remained in the headlines more for his incoming ‘Liked by Pierre Gasly’ merchandise than his on-track antics. Yuki Tsunoda has also spoken about battling with his ‘overheating brain’ when on track, and hopes that working with a psychologist will help him stay cool on track.

McLaren are yet to address their woeful season thus far, and with Daniel Ricciardo having to defend his seat more than he has to defend his position on the track, there’s no doubt there is an air of tension surrounding the Woking-based team.

Elsewhere, Aston Martin have recently received new investment, which is unlikely to be visible in the development of their car until next season. Williams will be hoping for a safe weekend of racing to avoid any further damage to both Alex Albon and Nicholas Latifi’s cars. Haas have been plugging away nicely in qualifying, and the rise of Mick Schumacher looks to be well underway. The German driver could score points for the third weekend in a row if he gets a top ten finish in France.

Finally, it’s unlikely that Alfa Romeo will have added any further developments to their cars, instead hoping that they avoid the similar issues of the last two races, with Zhou Guanyu involved in that scary crash at Silverstone, and Bottas needing a power unit swap that saw him put back to P20 in Austria.