Motorhomes, or recreational vehicles as our cousins over the sea call them, are the last bastion of the great American road trip. Too big to really work on British roads, too complex for laid back Europe, the Goliath’s of camping are built to traverse the long, straight tarmac that slices America from sea to shining sea. Innovation is key to its success. The RV has been upgraded steadily, year on year, from sleeping in trucks, to camper vans, to basically building a hotel and sticking four wheels under it, but by 2018, it’s fair to say, the summit had been conquered. There are only so many ways you can insert a luxury bathroom, king size bedroom or an extending hot tub after all. Or so we thought. Because in 2018, Furrion did this. The helicopter-included Elysium RV. 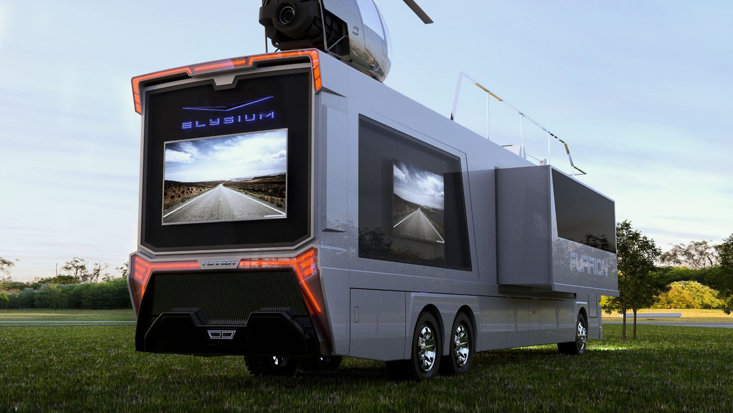 It’s like a mini getaway machine for a Bond villain. You know, when you just need a break from the goons and the evil volcano. At 45 feet long, 8 feet wide and just under 14 feet high, the beast isn’t something you’re going to be able to sneak quietly into the campsite when you arrive after closing, but then again, at that size, park wherever you like. It would take a bulldozer to move it. 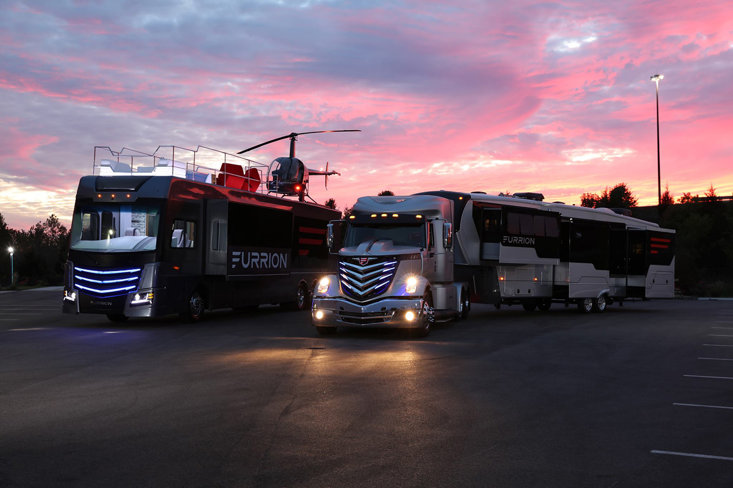 We’re not knocking it. The world needs this stuff. Even more so now we can’t fly to places or stay in hotels. Obviously, it comes with a hot tub (probably a time machine, we haven’t turned it on yet). And three 75-inch televisions. And of course, the game changer - the helicopter on the roof. Why? Think about it. You’ve arrived, settled in, turned on the hot tub, and realise you’ve forgotten to pack the sausage rolls. Fear not! Rotors on, turbines to speed and you’ll be to Greggs and back before you can say, “seriously, is this a bit over the top?”