LIV Golf arrived into the world of golf with a whimper, followed by a bang. After initial sniggers from critics and golfers, the pay cheques were revealed for being involved in the tour and the masses were quickly silenced as some of the biggest golfers in the world left the traditional tours to join up with the Saudi-led project.

The first event, a curtain raiser at London’s Centurion Club, was free-to-air on YouTube, with the 12 teams battling it out for a prize pot exceeding $4 million.

With the hype train still running, there’s plenty more golfers being linked with an elope to Greg Norman’s new tour, and we’ll name the ones that have moved, have been rumoured to move and the players that’ll never move.

The field was recently announced for the second event in LIV Golf’s history and goes as follows (with team names included): 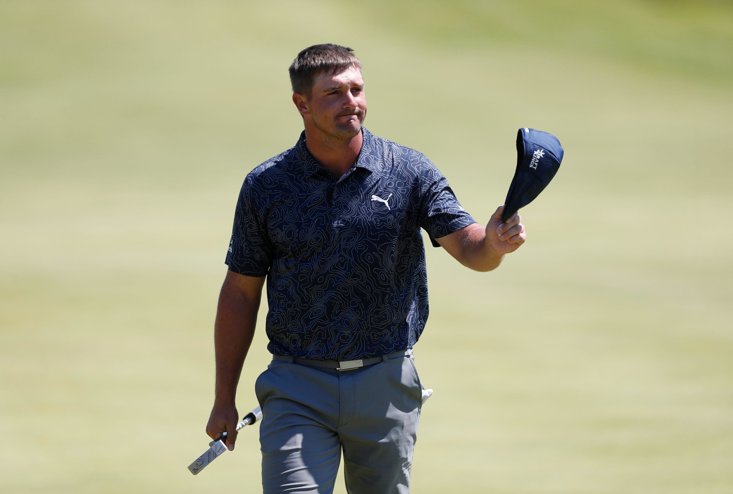 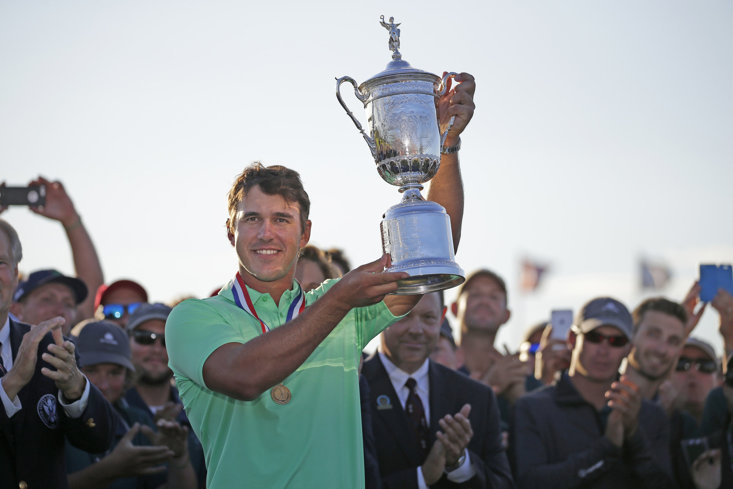 Pablo Larrazabal, Oliver Bekker and JC Ritchie have only made appearances at the first LIV Golf event, and will miss out this weekend again. Ratchanon Chantananuwat, the youngest golfer to ever win on a professionally recognised tour, and Oliver Fisher are also set to miss out.

Players Who Could Move To LIV Golf

An announcement is expected to be made this week from the tournament that twice-Masters champion Bubba Watson is joining the tour. LIV CEO Greg Norman reportedly will be kick-starting his next event with a big announcement of new players.

This year’s Champion Golfer, Cameron Smith, was questioned about whether his allegiances still lied with the tour, and unfortunately for the bosses at the PGA, he wasn’t as dismissive as they’d liked. “I don’t know, mate. My team around me worries about all that stuff, I’m here to win golf tournaments,” was the response in his post-win press conference.

Rumours of Henrik Stenson joining were confirmed when the Ryder Cup removed him as captain of Team Europe. Hideki Matsuyama is also allegedly set to make the move, after being offered a sum of $400 million to sign on in the competition. The Japanese star bizarrely crashed out of the PGA Tour’s 3M Open, getting a quadruple bogey after finding the water hazard three times in a row.

Players Who Will Not Be Leaving For LIV Golf

As of today, there are many players who have publicly stated their intentions to remain on the traditional tours. Among the top of the game, Rory McIlroy takes a lead role, criticising those who leave for the new tournament as well as the tournament itself, saying “There’s no room in the golf world for LIV.” 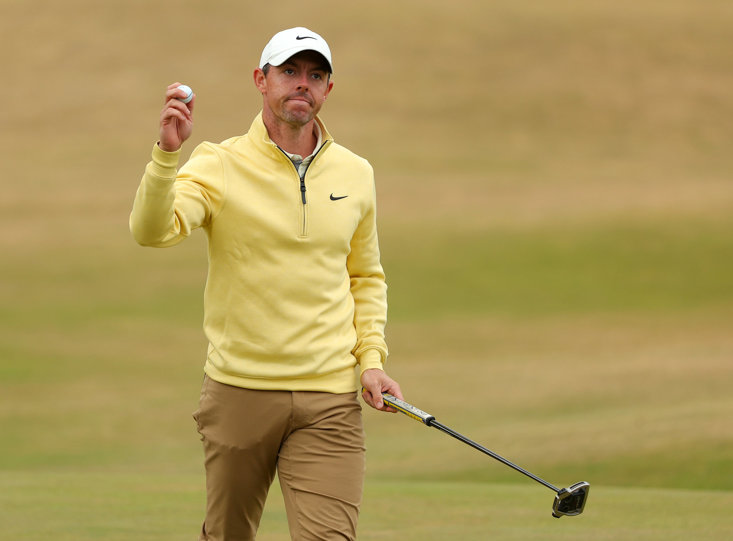 Alongside the Northern Irishman is Jon Rahm, Jordan Spieth, Scottie Scheffler, Tiger Woods, Justin Thomas, Collin Morikawa and Will Zalatoris. Norway’s Viktor Hovland also commented to a publication in his homeland that he doesn’t intend to play in any LIV Golf events.

This group is subject to change as ‘The Shark’ Norman attempts to find their number to get them to join his competition.

x
Suggested Searches:
The Sportsman
Manchester United
Liverpool
Manchester City
Premier League
More
golf
Luke Donald Confirmed As Europe's Captain For 2023 Ryder Cup
Luke Donald has been named Europe’s Ryder Cup captain, replacing Henrik Stenson who was sacked [ ... ]
golf
Cameron Smith Refuses To Rule Out LIV Golf After Open Victory...
Cameron Smith had one of the comebacks of the year on Sunday at St Andrews, going -8 under par for the [ ... ]
golf
Cameron Smith Wins The 150th Open Championship On Dramatic Final...
Cameron Smith has won The 150th Open Championship after a nail-biting finale at St Andrews. The title [ ... ]
golf
McIlroy & Hovland Share The Lead: Day Three At The Open Championship
All eyes were focused on the duel between Norway’s Viktor Hovland and Northern Ireland’s [ ... ]
golf
Tiger's Farewell Tears And Smith's Putting: Day Two At The Open...
Three-time champion Tiger Woods was left in tears at the end of his round on day two, in what he thinks [ ... ]
golf
McIlroy's Promising Start And Tiger Tees Off: Day One At The...
Rory McIlroy enjoyed almost the perfect opening round to his Open. The 2014 Champion Golfer of the Year [ ... ]
golf
WATCH: Ian Poulter's Extraordinary 160-Foot Putt On The Ninth...
Ian Poulter might have already made one of the putts of the tournament at the 150th Open Championship as [ ... ]
golf
Easy Tiger: The Top Five Open Championship Wins At The Old Course
Snead. Nicklaus. Woods. All of the greats have lifted the Claret Jug outside the famous Royal & [ ... ]
golf
The 150th Open Championship: A Guide For The Old Course
It’s game week and the 150th Open Championship is underway with practice rounds for the greatest [ ... ]
golf
Tiger Woods Says LIV Golf Defectors ''Have Turned Their Backs''...
Tiger Woods has waded into the PGA Tour’s feud with the controversial LIV Golf Series to reiterate his [ ... ]
golf
The 150th Open Championship: McIlroy Favourite As Golf Returns...
Words fail to describe the beauty of Scottish links golf. Greens the size of islands, filled with twists [ ... ]
golf
The Open Championship's Prize Pot Increases By 22 Per Cent
The winner of the 150th Open at St Andrews next week will receive a championship-record £2 [ ... ]
golf
Bryson DeChambeau Hopes People Can See The 'Good' Saudis Are...
LIV Golf star Bryson DeChambeau has said that he wants people to see the ‘good’ that Saudi [ ... ]
golf
The DP World Tour Bans LIV Golf Players From The Scottish Open
The DP World Tour has handed out £100,000 fines to all the players who competed in June’s [ ... ]
golf
R&A Confirms LIV Golf Series Stars Will Be Invited To The Open...
The Royal & Ancient Golf Club has confirmed that players signed up to the LIV Golf Series will be [ ... ]
golf
US Open Preview: European Stars Can Dominate The Top Ten
After weeks of folie à deux in the world of golf, the world’s finest players return to [ ... ]
golf
Rory McIlroy And Linn Grant Weekend Wins Overshadow LIV Golf...
The inaugural LIV Golf event at London’s Centurion Club was left in the dust on Sunday thanks [ ... ]
golf
The Troublesome Timeline Of LIV Golf: How Did We Get Here?
The most controversial topic in sport right now, the LIV Golf tournament, teed off on Thursday after [ ... ]
golf
Dustin Johnson's Defection Could Change Not Just Golf But Sport...
To call Dustin Johnson’s withdrawal from the PGA Tour on Tuesday “seismic” would be [ ... ]
golf
Everything You Need To Know About The 2022 PGA Championship
‘This is Major’ is the PGA’s chosen slogan for their flagship major event, as the [ ... ]
golf
Betfred Donate £19,000 To Prostate Cancer UK After Danny Willett...
Thorbjørn Olesen may have walked away with the Betfred British Masters title over the weekend, [ ... ]
golf
Betfred British Masters: Thorbjorn Olesen Triumphs With Spectacular...
Thorbjorn Olesen clinched the Betfred British Masters title with an incredible 35-foot putt on the 18th [ ... ]
golf
Thorbjorn Olesen Three Clear Heading Into Final Day Of Betfred...
Following a miserably wet Friday, the sunshine returned to The Belfry on Saturday as round three of [ ... ]
golf
Hurly Long And Danny Willett Shine On Day Two At Betfred British...
It was another action-packed day at The Belfry in Sutton Coldfield for day two of the Betfred British [ ... ]
golf
Great Danes Enjoy Profitable Opening Day At Betfred British...
If watching Christian Eriksen run the show in the Premier League wasn’t enough, now several other [ ... ]
golf
Everything You Need To Know About The Betfred British Masters
The British Masters is upon us and Danny Willett has chosen The Belfry again as the host for one of [ ... ]
golf
Phil Mickelson Plays Both Sides As Golf’s Civil War Begins
Phil Mickelson, American golf hero and people’s champion left many fans flabbergasted by [ ... ]
golf
Lazarus With A Five Iron: Tiger Roars Back At The Masters On...
On April 14 2019, the weather was looming ominously in Augusta, Georgia. The only thunder that ultimately [ ... ]
golf
Scheffler Shines, Rory Reborn & Tiger Returns: 5 Things We Learned...
Scottie Scheffler's stunning season continued this weekend as he clinched the first major of his [ ... ]
golf
Tiger’s Greatest Triumphs: Three Times Woods Defied All The...
You simply couldn’t write the life of Tiger Woods. A man that has seen it all, won the lot and [ ... ]