Motorsport
News
Hopefully the next person to land on the moon will be allowed to unleash this incredible machine
Jack Porter
08:00, 06 Jan 2021

If you believe they put a man on the Moon, you best believe that they wanted to put a motorbike on it. And of course to make that lunar trip and dazzle any watching neighbours (we know you’re out there) it had to be a beautiful beast. The limitless universe continues to serve as inspiration, and though we humble Earthlings have never set foot on anything in the spacescape other than our only proper natural satellite, it is the Moon, that constant, half-day hidden eye, that we still try and catch the attention of.

Only twelve of the 24 human beings who have travelled from Earth to the Moon have walked on its surface. Whomever is lucky enough to be unlucky number 13 might try and persuade the Poindexters back at mission control to allow them to unleash this incredible Moon motorbike on that cheese. The NASA LMV v1. 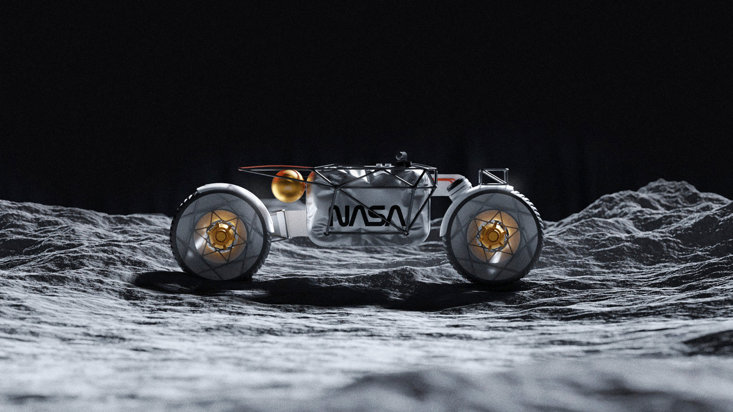 Moscow-based illustrator and senior designer Andrew Fabishevskiy created the NASA Motorcycle Concept, a marvellous motorbike that ticks all the boxes. The NASA Motorcycle looks just that, a NASA motorcycle, a combination of what you think of from your televisual education, from First Man to Futurama.

The motorcycle is built around a trellis frame made of tubular steel with the front and back feature single-sided swing-arms supporting off-road tires for an all-wheel drive (power generated from both the front and back) and supported by a suspension system. 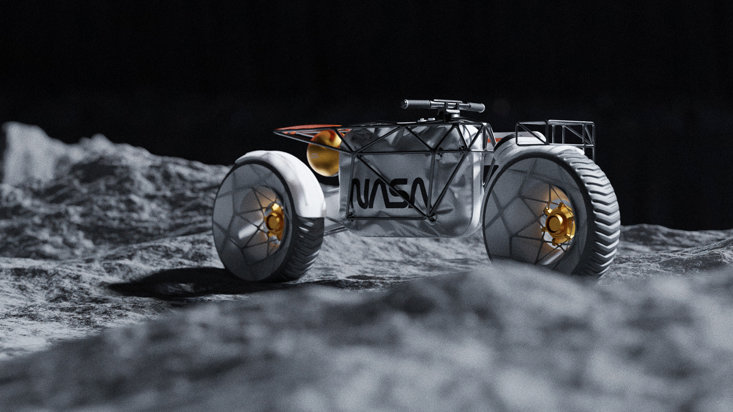 The main body is enclosed in a Mylar fabric bag that contains the bike’s battery and electric motor. The controls are set in the subtle handlebars, while the saddle sits above a yellow ball and of course, you can’t go out unequipped, so a front rack accommodates all your lunar luggage.

It is a necessary stripped back design which ultimately makes it even more stylish. It’d turn heads on the street but without the fetish for the flamboyant. Fabishevskiy’s concept is both pragmatic but fantastic. The NASA LMV v1 is purely conceptual but simply, it’s Méliès meets motorcycles.