Rivalries ebb and flow in sport. Manchester United and Arsenal were the fiercest of foes in the early 2000s while these days their meetings barely raise an eyebrow. Serena Williams and Maria Sharapova’s tussles were must-watch events, until the American began to wipe the floor with her opponent every time they met. In Formula One, battles between McLaren and Ferrari will have shaped the minds of several young fanatics in that same time period.

Icons of the sport, Michael Schumacher and Rubens Barrichello did battle with that unmistakable grey and red McLaren, then piloted by the likes of David Coulthard, Miki Hakkinon and Kimi Raikkonen. The latter would then move to Ferrari as for over a decade, these two teams gave us races that defined eras, with the very best drivers pushing their opponents all the way.

However, from around 2013 onwards, McLaren regressed to the point where they were no longer podium contenders. As with Sharapova, it is hard to maintain a rivalry when there is no competitiveness to their duels. Ferrari had varied success, incomparable to the dominance of Schumacher of course, but McLaren had fallen well behind the pack and the battle between the two constructors were non-existent.

It has taken nigh on a decade, McLaren's team colours have changed and the pair may not be leading the pack as Red Bull and Mercedes are set to do this year, but finally we appear to have a rekindling of this famous old rivalry. In Bahrain, Lando Norris’ McLaren finished in fourth place while his teammate Daniel Ricciardo split the two Ferrari’s in seventh. The cars look well-matched, the drivers all have their individualistic qualities and finally we can see some quality action beyond the Mercedes garage.

The fight for third place in the constructor’s championship may not be, in an ideal world, where either of these teams want to be placed but given the strength of Mercedes and Red Bull in recent years, it is a marked improvement on what we have seen from them in the past.

“Everything that I saw on the test and Friday, Saturday and Sunday, shows that Ferrari also made a big step forwards compared to last year, which is not unexpected. ” McLaren team boss Andreas Seidl stated after the race. “We said we never underestimate the ability of a team like Ferrari, with all the resources they have, with all the experience they have, to come back quickly." 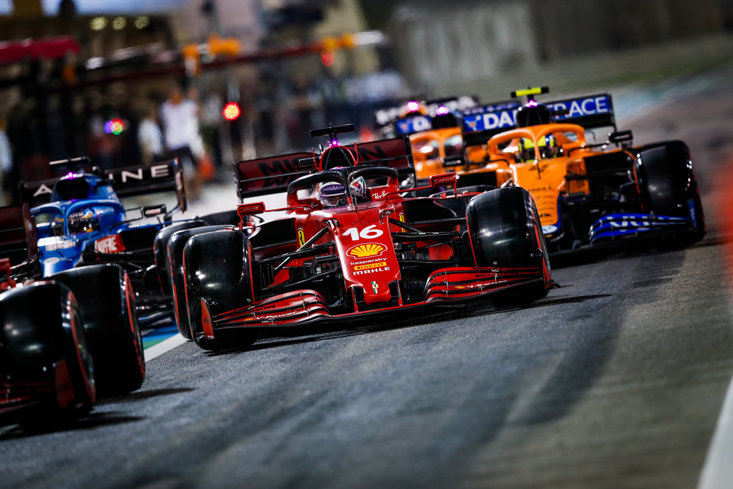 “It’s not a surprise, they have two great drivers as well. I’m looking forward to battling with Ferrari again this year. How will it play out in detail? It’s too early to say, but definitely looking forward to fighting this great team.”

The pace of the two cars seemed incredibly well-matched in Bahrain as we saw in qualifying. This time it was Charles Leclerc who posted the fastest time in fourth, with the others all finishing in the top eight places. Norris overcame the Monegasque driver in the race, but if this is anything to go by the two young stars of the grid, at just 21 and 23 respectively, look to be the leading lights of their respective garages.

If Leclerc v Norris looks to be the main event then Carlos Sainz Jr v Ricciardo make up the perfect supporting cast. They are both capable of surpassing their teammates and causing chaos behind the leaders, and with such a talented quartet, all of them will be targeting the podium places most weekends.

The Emilia Romagna Grand Prix this weekend will provide us with the second instalment of this revived rivalry, where we will learn a little bit more about how both teams and their drivers are looking ahead of this season. Lewis Hamilton and Max Verstappen may be battling for the win once more, but perhaps the real drama will come between Ferrari and McLaren, a little further down the field.