Incredibly, this weekend’s Azerbaijan Grand Prix will be the first time since the 2018 German GP that Formula One goes into a race weekend with Mercedes not at the top of either world championship table.

The German automaker were overhauled by rivals Red Bull in Monte Carlo last Sunday but despite their long-awaited return to the summit, Max Verstappen, who currently tops the Drivers’ Championship, expects Mercedes to come back strong on the streets of Baku.

Last time out in Monaco, Mercedes endured a difficult time in the principality as Lewis Hamilton struggled across the weekend, whilst his teammate, Valtteri Bottas, was forced to retire midway through the race thanks to a pit stop that went awry. Verstappen, who now finds himself at the top of the pile for the first time in his five years in F1, leads Hamilton by four points, with Red Bull just a single point clear in the manufacturer’s table.

“The track is ok but probably not a favourite of mine if I'm honest," said the Dutchman, who crashed with then-teammate Daniel Ricciardo at the City Circuit in 2018.

"I've never been on the podium there so it's time to change that. Let's see how competitive we are, I do expect Mercedes to come back strong there though."

“It was a very good weekend [At Monaco] and of course I’ve never stood on the podium there before so it was very nice to get the win,” Verstappen added.

“Taking the lead in the championship feels good but we need to be there at the end of the final race, that’s all that matters.

“Where we are now feels good and of course it shows that we had a decent start to the year but we have to keep on pushing because we still need to improve and do better. Nobody is ever perfect or standing still in this sport.” 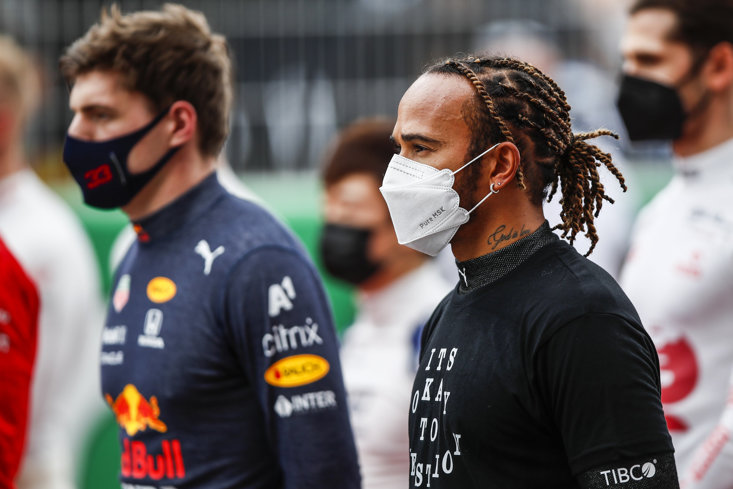 Mercedes head to Azerbaijan in imperious form on the track, having won three of their previous four races there, and it’s not just Verstappen who acknowledges that they will be the favourites to pass the chequered flag first on Sunday with Red Bull chief Christian Horner stating, "It has been a strong track for Mercedes in the past and so we're not under any illusions.

"I'm sure they are going to bounce back hard and we have got to go there and attack the weekend exactly as we have every race so far this season."

The current season is shaping up to be one of the tightest in recent memory and it’s only really just begun, with Azerbaijan the fourth race of 23 on the calendar. Another championship win would be Hamilton’s eighth, surpassing the great Michael Schumacher as the most successful driver in history but Verstappen looks certain to push him all the way.