Oh, how we will miss Murray Walker. Of course, it is some years now since he was last on our screens, excitedly reaching the highest of decibels as he described the action of the sport he loved so much.

But news of his death on Saturday morning at the age of 97 just reminds us how much he was not just the voice but also the heart and soul of Formula One for multiple generations.

Murray was truly one of a kind in sports broadcasting in that whether you followed motor racing or not, you knew who he was. Whether through his voice, his sparkling personality, his reputation or the countless impressionists who made their corn by emulating this member of sporting royalty, he pervaded British culture.

Between 1949 and 2001 he was the voice of Formula One for everybody across the UK. His partnerships behind the BBC microphone with the likes of James Hunt and Martin Brundle were the stuff of legend, while his ‘Murrayisms’ – a phrase coined for hilarious errors he would make mid-commentary – became every bit as crucial to the Grand Prix experience as pit stops and chequered flags. 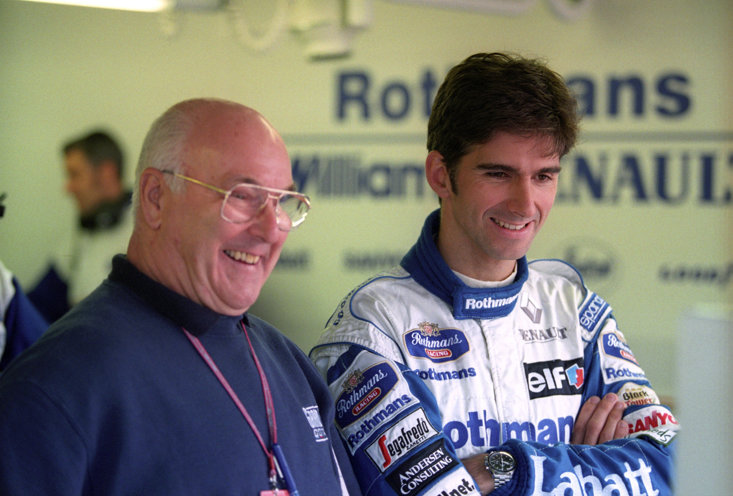 “And now, excuse me while I interrupt myself.” “The lead car is unique, except for the one behind it which is identical.” “This circuit is interesting because it has inclines and declines… Not just up, but down as well.” Every one of them made him chuckle just as much as it did us.

The great former F1 driver and team owner Sir Jackie Stewart told BBC 5 Live of Walker: “He was very good at making mistakes. He made wonderful mistakes. He so much enjoyed the realisation of his error. He was such a character. A mistake didn’t mean there was anything wrong for Murray. It was something else to make a joke of.

“He was full of energy. He never sat to do a commentary, he stood up for the whole time.”

Among other things, Murray will be remembered for his passionate support of British drivers. When Nigel Mansell finished second in Hungary in 1992 to secure his first and only Drivers’ Championship, Walker was close to tears, and four years later he memorably had to take a pause after watching Damon Hill cross the line to secure his sole world title.

His passing has led to him being described as everything from a national treasure, to inspirational, to Mr Formula One. But then we already knew he was all of those things, because we as a nation experienced it every single Sunday of the season with him for five decades.