I know you can love a car, but can you be in love with a car?  Asking for a friend, obviously. Before you judge too harshly, just sit back and take a long hard look at the brand new Delage D12 hypercar. Note: A hypercar - not a supercar.

It’s perfectly constructed design has been inspired by F1 cars and fighter-jets, a mind-blowing collaboration. Think Aerosmith and Run DMC, back in the day. The aim of the $2.3million D12 is to become the closest thing to driving an actual Formula 1 car in a street legal. And it’s got its sights firmly set on breaking the lap record at the Nürburgring Nordschleife. 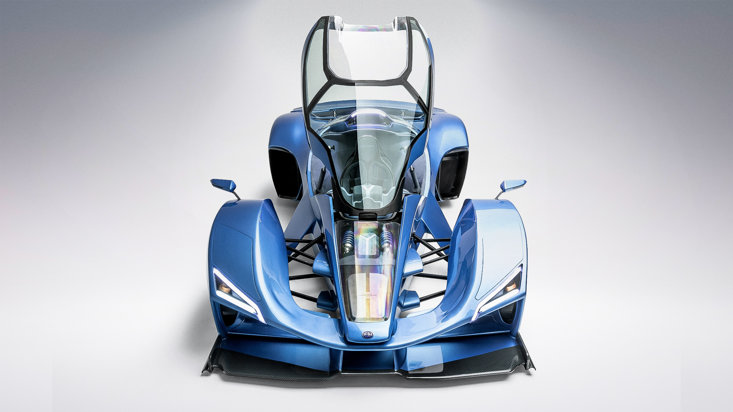 The D12 will come in not one but two different versions, when it goes into production next year. The first is the GT, which will offer 1,100 horsepower, with a 7.6 litre naturally aspirated V12 producing 990 horsepower. The other 110 horses comes from an electric motor, meaning this car is actually a hybrid. Bonus points! The Club has a lesser 1,010 horsepower, since the electric motor only produces 20 horses. So what’s the difference between the two when it comes to the drive? The GT will be faster while accelerating, but heavier than the Club, which means the Club will be the fastest on a track. 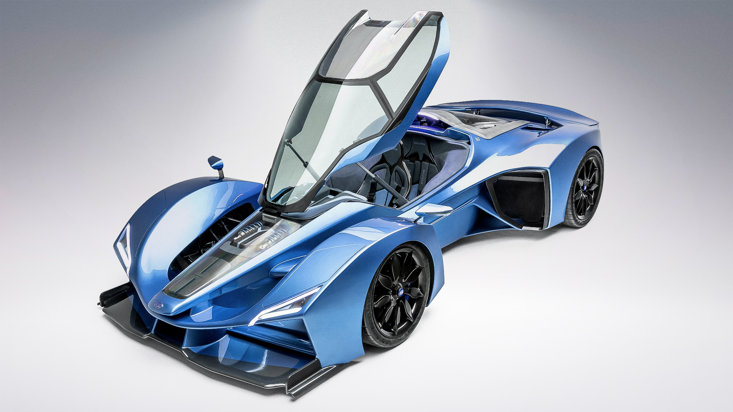 We have to talk about the cockpit. Not a driving seat, the cockpit. It opens up as one canopy, just like those great big fighter-jets. Sorry Doc and Marty McFly, but this is a whole other level of car door. It’s designed for two people, driver up front and passenger directly behind. Yes, that’s right, this beauty is a tandem. A tandem for adrenaline junkies. Tandem and adrenaline, two words I never thought I’d write together. Perfectly placed smack bang in the middle of the D12, it will ensure a perfectly ergonomic driving experience.

The carbon-fibre seat and steering-wheel handles, which are fighter-jet-style joysticks (more bonus points), are moulded to the individual driver’s body and hands, along with customised configurations of the leg support and pedals. It also boasts a contractive suspension, which revolutionised F1, carbon fibre wheels with brake cooling, an ultra-low ride and an eight-speed automatic gearbox, which the team behind the D12 insist will make for unparalleled performance.

And what a team it is. The brainchild behind the Delage D12 is a French entrepreneur called Laurent Tapie, in a movie about his life he could only be played by George Clooney. He’s as good looking as the car he’s making. The personnel he’s assembled to create his dream machine have won 16 FIA World titles between them, Jacques Villeneuve - yes that Jacques Villeneuve - is his development driver. 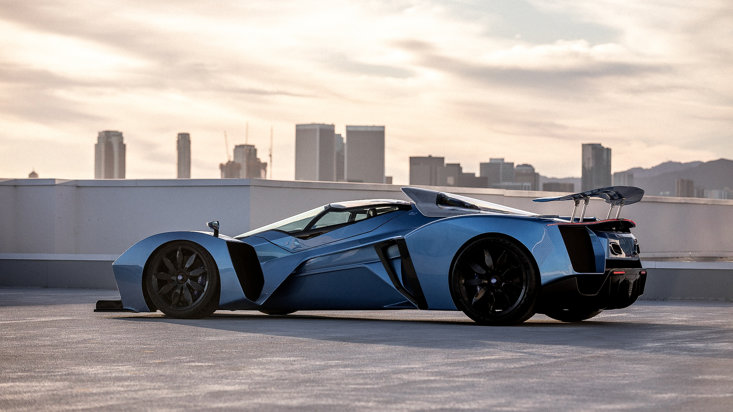 And if the name Delage is ringing a bell, that’s because it’s got history. Back in the 1930s, it was a thriving French motor company, renowned for its racing cars, including the 18 sport and the Type 138, which earned them multiple racing records. In 1954 Delage went bust and lay dormant until it was resurrected last year by the swashbuckling Tapie.

Only 30 Delage D12s are set to be made when production starts in 2021. Well, a love like this is supposed to be exceedingly rare, right? Believe the hype.