Motorsport
News
The Sprint returns at the Emilia-Romagna Grand Prix for the first of three outings this season.
Steven Allen
08:35, 22 Apr 2022

Imola is the track, racing is the game and the Formula One ‘Sprint’ returns to the race weekend schedule - this time with a new name and regulations for the drivers to abide by. More pertinently, it’s the first time the Sprint will appear this season, with the other two editions taking place at the Red Bull Ring, Austria and Interlagos, Brazil.

To remind you of the concept, the Sprint (not Sprint Qualifying anymore) takes place on the Saturday of the three-day weekend. Free practice one and the qualifying session now take place on Friday, with Saturday hosting a second free practice session before the Sprint.

In terms of qualification, the session on Friday determines the starting grid of the Sprint on Saturday, however, in a confusing quirk, the winner of ‘Pole Position’ will still have that tag attached to them for the race on Sunday, even if they in fact don’t start first. The Sprint will then determine the starting grid of Sunday’s affair.

The 100km dash will last around half an hour, with the cars undertaking 21 laps of the famous Autodromo Internazionale Enze e Dino Ferrari, or as many prefer to call it, Imola. There will be no mandatory pit stops during the session and the amount of points on offer to drivers have been increased, with first place claiming eight points, second claiming seven all the way down to eighth getting one point. 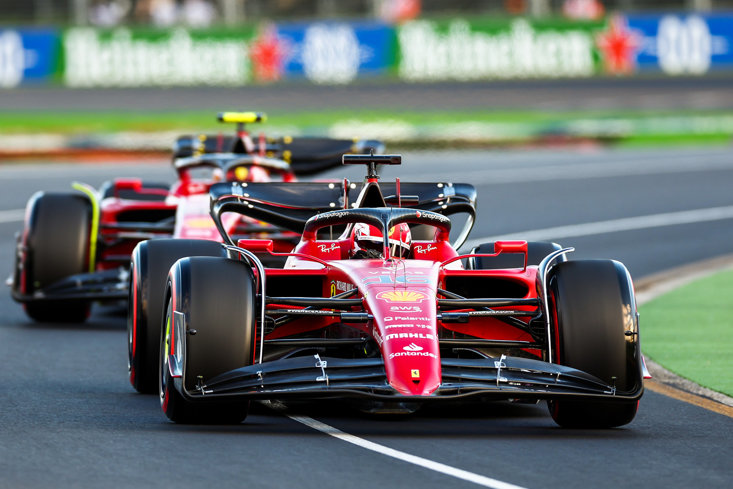 The stakes have no doubt been increased, with both points and strategic bonuses on offer to drivers that can finish towards the top end of the table on Saturday afternoon. Imola is a dangerous track that can keep drivers narrow to subdue any attempts of overtaking, with accidents aplenty. Most recently it was the battle between the former and future Mercedes drivers, Valterri Bottas and George Russell, who both found the wall after a collision before Tamburello (Turns 2, 3 and 4) last year, which sparked a fiery clash between the two. It remains to be seen who will have the last laugh.

With the Sprint returning to the track again this year, the issues from previous installments still remain, and worries are still rife amongst the teams. Initially, it was proposed that there would be six Sprint races, however there had to be a compromise amongst the teams as they believed that the increased risk element of having two races per weekend could bring a financial hit to those who can’t afford it, whilst benefiting those that can.

In a compromise, the FIA settled on allowing teams to be permitted an extra $150,000 per Sprint, with an added $100,000 cache allowed to be accessed by a team if one of their cars retires from the Sprint. An extra adjustment to the cost cap can be made to cover crash damage if it leads to the retirement of a team’s car.

Financially, teams can be pleased with this compromise. They won’t lose out on funds because of a crash due to this and, hypothetically, all is well in terms of going flat out on Saturday afternoon. Unfortunately, elite sport is never as simple as it looks on paper. Accidents can happen, as we’ve seen so frequently this season already. Australia saw Sebastian Vettel, Lance Stroll and Nicholas Latifi all crash out in practice and qualifying, whereas Max Verstappen, Carlo Saiz and Vettel all retired in the main race. It’s very clear that if there are problems on a Saturday, they often carry over into the Sunday.

A collision can lead to many future issues with a car, as Charles LeClerc discovered at Monaco last year when he crashed after finishing on pole position on his inbound-lap in Monte Carlo, and then discovered a later driveshaft issue after the car was supposed to be fixed on his way out of the garage on Sunday afternoon. It’s not exactly a risk that drivers will want to take unless the correct rewards are in place for them. The increased number of points may create an appetite for mid-table teams, but teams like Ferrari can probably cruise to a points finish knowing that one of their cars will find the podium just 24 hours later. 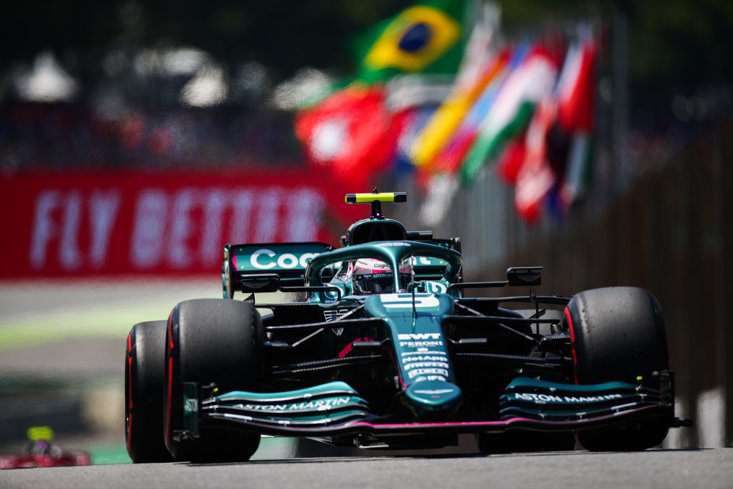 That’s not to say that the Sprint is going to fail, however. Lewis Hamilton’s DQ from qualifying at last year’s Sao Paulo Grand Prix forced the World Champion to up his game during the sprint, moving from 20th to 5th in the grid for Sunday, where he went on to be victorious.

For the Sprint to be a success, there needs to be the right risk/reward balance for drivers. Currently, LeClerc is running away with a commanding lead thanks to Red Bull and Mercedes’ current mechanical issues, meaning that a big performance on a Saturday won’t be as necessary when he knows he can negotiate through the field no matter the circumstances come race day.

In terms of the reigning champion Max Verstappen and his predecessor Lewis Hamilton, a successful Sprint race could deliver some much needed points in terms of the Constructors’ Championship. It could help recover the points lost when forced into lower positions than usual, aiding their push for the top spots of the World Drivers Championship.