The wheels keep on turning in the world of F1, as the final stint of the 2022 season approaches and Max Verstappen takes his final steps to becoming a two-time world champion for Red Bull. Amidst the talk of dominance and resurgence, here are some of the talking points doing the rounds ahead of the return of wheel-to-wheel racing in just a few days' time.

It’s all AlphaTauri this week, with Yuki Tsunoda confirming on Thursday that he will remain with the Faenza-based team for the upcoming 2023 season.

The Japanese star is as much a fan favourite as he is fast driver, and will likely become the number one driver at AlphaTauri as his teammate Pierre Gasly seems set to depart the team for Alpine, replacing the outgoing Fernando Alonso.

Tsunoda currently sits 16th in the Drivers’ Championship having collected 11 points, however it’s easy to see that he has had his fair share of bad luck this season, rather than driver errors costing him.

Nicholas Latifi will leave Williams Racing at the end of the 2022 season, as confirmed by the team via social media on Friday.

The Canadian-Iranian driver arrived at Williams back in 2020 but leaves the team at the start of a revolution at the team, with team principal Jost Capito aiming to get the team back into the midfield of the Constructors’ Championship. 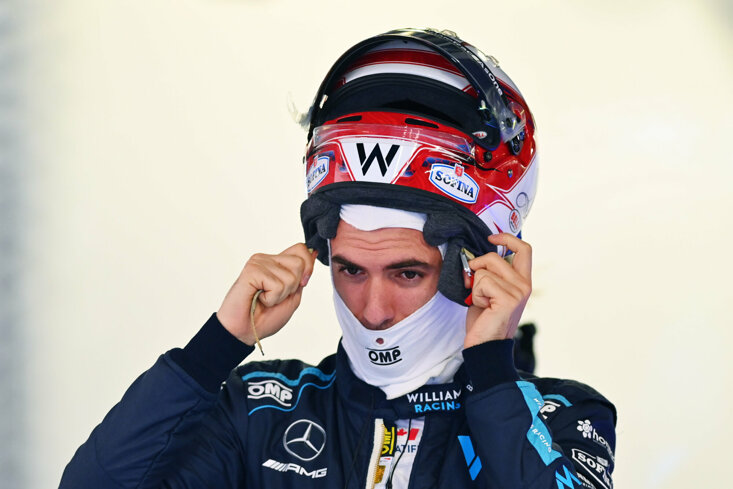 The FIA continues to decline in popularity this week, as the situation regarding Colton Herta’s Super License continues.

McLaren CEO Zak Brown was the first on the scene to point out the issue with the FIA’s license which allows drivers to join the F1 grid, following the breakdown of a deal between AlphaTauri and Colton Herta due to the American not having enough points to make the change from Indycar to F1.

The McLaren CEO said: “If someone like Colton [Herta], who’s won a lot of Indycar races, isn’t eligible for a Super License, then I think we need to review the Super License system.

“If you go back and look, there are a couple of world champions who wouldn’t have got their Super License in today’s environment.”

In fact, Verstappen would have only had 15 of the 30 points he’d need for a Super License, and Raikkonen would’ve had 18 when he debuted for Red Bull Sauber in 2001.

If a change was to come, one beneficiary could be W Series champion Jamie Chadwick, who was testing out cars in the IndyLight series, the step below Indycar. Chadwick’s hopes of becoming an F1 driver were discouraged by F1 CEO Stefano Domenicali after he said that he doesn’t foresee a female driver in the sport in the next five years unless they were ‘meteoric’.

Chadwick went on to say that his statement was nothing more than motivation for her to make her way onto the grid, and the Williams development driver would certainly benefit from a change in regulation if she makes the step up to IndyCar.

The future of F1 sounds great. Regulation changes for cars, unlimited Grands Prix on every weekend of the year, and another one is set to be signed up as the Colombian city of Barranquilla is being tipped to be added to an already packed calendar in a few years’ time.

The mayor of the city, Jaime Pumarejo, spoke to local media Blu Radio to communicate that “progress has been made in all the previous steps, before a final decision. They [F1 Officials] have already come to the city, they have found it comfortable.”

Now the question is, can you really call a race in Colombia the Caribbean GP? Barranquilla might have found the exception to the rule, as it’s the largest city in the Caribbean coast region and is often referred to as ‘Colombia’s golden gate’.

Other fun trivia, Barranquilla is the home town of Shakira and is a sister city to Miami, Buenos Aires and Aberdeen. Tell your friends. 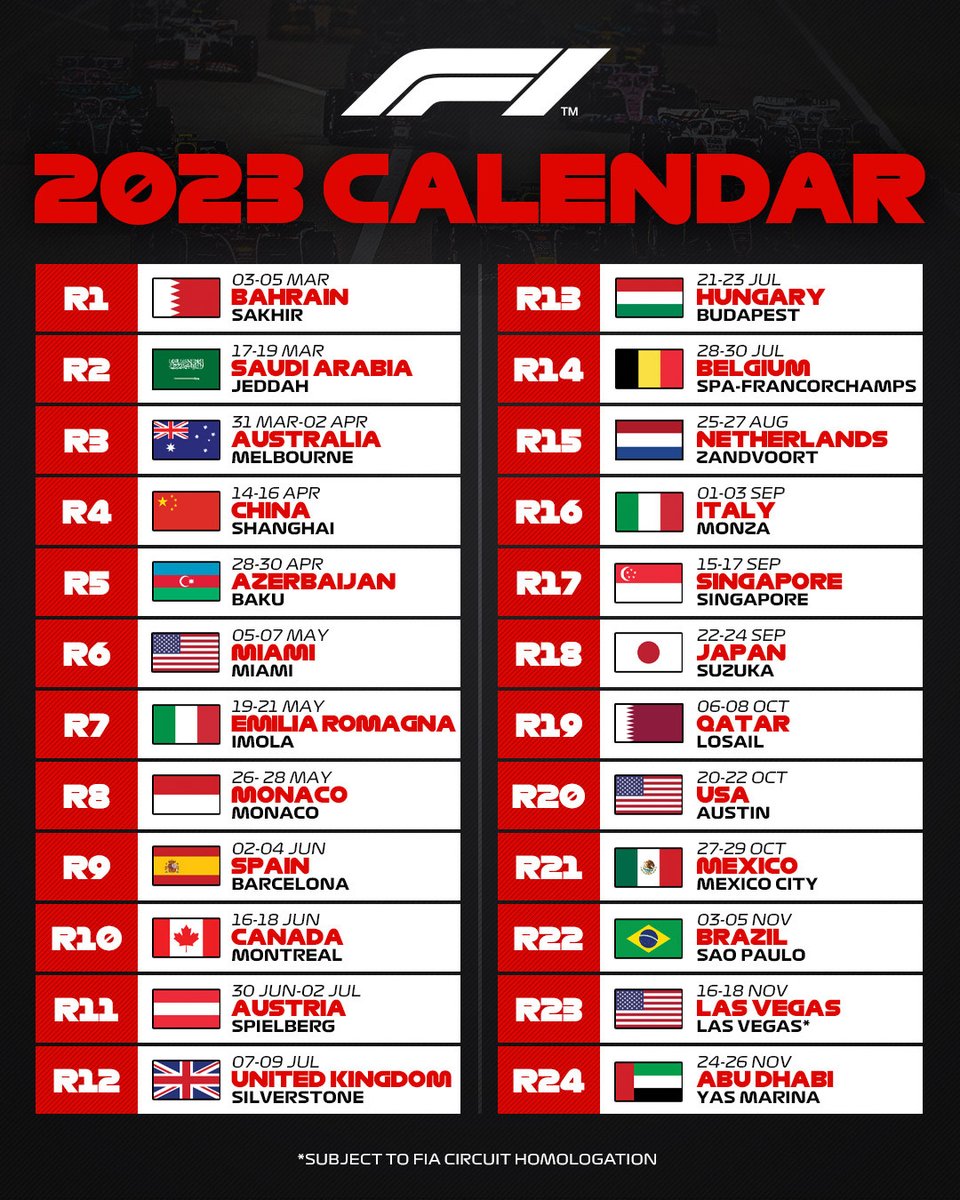 2023 Calendar Announced To The Surprise Of Team Bosses

The 2023 F1 calendar was confirmed and distributed on Tuesday afternoon after being approved by the FIA. Fans will have been pleased to see the lack of time away from the tracks, with no break longer than two weeks between races. There’s two triple-headers (Imola-Monaco-Barcelona & COTA-Mexico City-Sao Paulo), six double-headers including the very geographically planned Baku-Miami and Las Vegas-Abu Dhabi GPs in back-to-back weeks, as well as six individual race weekends.

It was reported in The Guardian that the FIA went ahead and published the schedule without the consultation of teams, with the previously mentioned triple-headers needing approval usually, but not this time. A meeting of the governing body on Tuesday ended with a decision to immediately publish the calendar, which team bosses had expected to receive on Friday.

It looks like the bosses at F1 and Liberty Media itself were surprised to see the calendar too, with the announcements of a new deal for Monaco and the confirmed date of the Las Vegas GP being hastily shoved into a press release rather than having the dramatic social media announcement graphics and articles ready to go. After the FIA’s safety car rules ended the Italian GP in disappointing fashion, much to the chagrin of drivers and fans alike, it looks like the already fraught relationship between the governing body and the teams is only worsening at this time.