Motorsport
News
We are approaching one of the most testing weeks in the F1 calendar...
Simon Lillicrap
07:00, 05 Jun 2022

A week on from that bizarre afternoon in Monte Carlo, Formula One takes a much-needed breather ahead of one of the most testing double headers on the calendar. Next weeked the roadshow visits the capital of Azerbaijan, Baku - before a 5,545 mile journey over the Atlantic to Montreal in a fortnight’s time.

But this week hasn’t been quiet in terms of Formula One news. Here’s five things you might have missed

It’s been a fine week for Checo. The win at Monaco stated his claim as a genuine title contender and the 32-year-old has now extended his contract at Red Bull. His new deal now runs until 2024 which means we should get two more years of the Max Verstappen/Sergio Perez duo.

Despite being told to move aside for his teammate in Spain, his performance in Monte Carlo has taken him just 15 points behind Verstappen, who leads the Drivers’ Championship. The Mexican is hugely popular, and will be sticking around in order to try and win his first world title.

Lewis Hamilton’s frustrations with the car beneath him this season have been clear for all to see, yet he believes there’s still a lot of work to do before Mercedes can focus on being competitive in 2023.

“I think we need to find out what’s wrong with this car before we can make another car,” Hamilton told Mundo Deportivo. “If we started making another car we could easily get it wrong.

“I think it’s about understanding this fully, which we haven’t done yet, and giving us a path to where to go.” 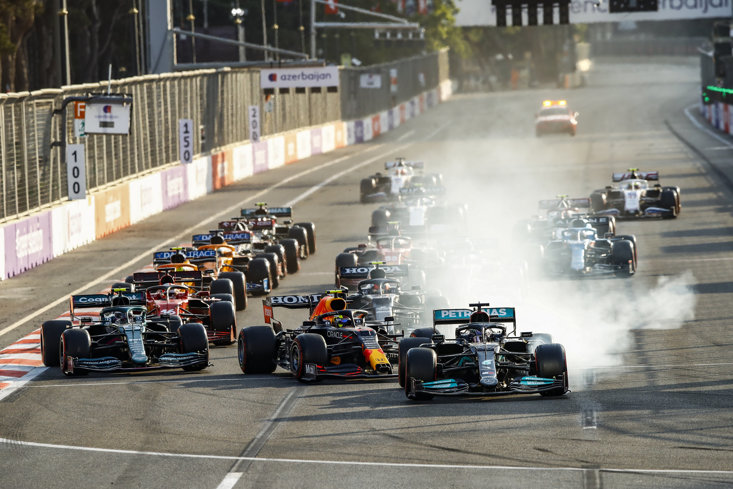 There’s not a Formula One fan in the world that didn’t want Mick Schumacher to succeed this season, but he has found life tough. With Haas teammate Kevin Magnusson consistently out-performing him and his big crash in Monaco costing the team, questions are starting to mount on his future in F1.

His two crashes this term, at Monaco and Saudi Arabia, have cost Haas around £1m  and he is one of only three drivers this season yet to score a single point. Given Magnusson is up in tenth in the Drivers’ standings, it seems as if the German is making too many mistakes this season.

Ralf Schumacher didn’t hold back in his criticism of his nephew this week saying: "The failure in the race was his fault. Others drove past this point without any problems, but not him… Not only was the whole race ruined, but a badly damaged car also has budgetary consequences for the team."

He needs to produce over the next three weeks.

A unique perspective to your usual F1 preview, the winner of the inaugural race in Baku, Niko Rosberg, has been on YouTube to take you around the track. This gives you some incredible perspective from what the drivers will be thinking around this fast circuit, and also features a moment on track that Rosberg describes as one of the scariest anywhere in the world.

A hugely popular driver on the circuit was handing out butt-naked pictures of himself ahead of Monaco, and Bottas’ career seems to be flourishing as the number one driver at Alfa Romeo.

The team have been on top form so far this season, having only picked up 13 points in total last term they already have 41 to their name in 2021. The Finn is responsible for 40 of those points and is delighted with how things are going. “It's been a good, good start to the season,” Bottas told Motorsport.com.

“I've been in a happy place, in a way that I can really try and be the best version of myself and drive the way I want to drive.

“The atmosphere in the team is so motivating, like the people, how much they're now trying, it’s really inspiring for me as well.

“Maybe that pushes you to even more. But yeah, it's been a good start to the season.”