Electric scooters are everywhere but that doesn’t mean they are legal. Right now, you still can’t ride them on the road or pavements, which leaves, well fields and stuff. The law will change soon enough, but in the meantime, why not while away the last days of summer carving up the dirt on an electric scooter that will give any scrambler a serious run for its money. 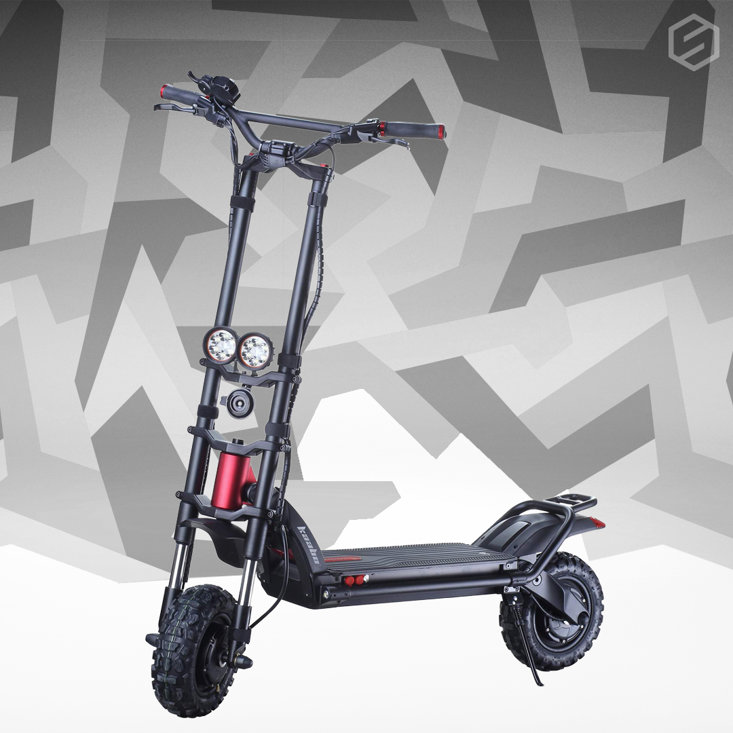 The Kaboo Wolf Warrior is nothing short of bonkers. The first thing you will need is grip. Not on the wheels, on your fingers. Pull the throttle without holding on hard enough and the dual 1200W hub-motors will throw you off the back like a kicking bull. It’s fast. Very fast. The off-road tubeless tires mean the manufacturer claim of 56mph is almost dead-on but it’s the acceleration that is going to strain your eyeballs and raise the chuckle factor to eleven. 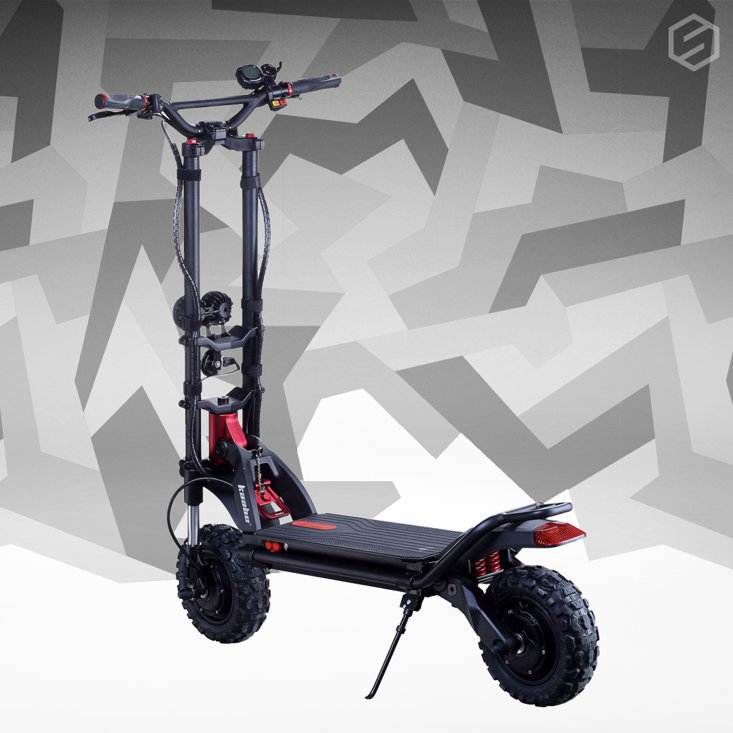 With a range of 93 miles and a max load capability of 23 stone, you could theoretically pop the missus on the plate with you and get from Manchester to Durham in a couple of hours. Don’t worry that most of that journey is uphill either, the Wolf can handle slopes up to 45 degrees and it’s water resistant, so it’s a dab hand in the rain. Best bit though? The horn. It sounds like a truck!

Good luck but if you do buy one, buy a helmet. It’s simply too fast to ride without one