The pairings for the opening two rounds of the Masters in Augusta have been drawn and now we know exactly what time the big-hitters will be teeing off as they target that famous green jacket.

With the showpiece event getting underway on Thursday, the very best golfers in the world right now will all gather as they look to follow in the footsteps of some of the greats of the past. Jack Nicklaus, Arnold Palmer and of course Tiger Woods have all had their name etched onto the Masters trophy, but will a new name be able to make history this weekend?

As always with the Masters at Augusta, across the opening two days the big names are all spread out, meaning we get to enjoy top level action across the entire day. With action taking place close to America’s east coast, that means the local time is five hours behind us here in the UK. Luckily we’ve done the hard work with the time difference so you can just keep an eye out for your favourite players.

Defending champion and number one player in the world Dustin Johnson begins his title defence at 15:30 alongside 2016 runner-up Lee Westwood, in a field that will be looking to perform to an exceptionally high level yet again.

In 2020, Cameron Smith became the first man in history to break 70 in all four rounds, yet he still finished five shots behind the champion, who twice shot 65. In fact, the last two years yielded the two lowest field scoring averages in Masters history, and by all accounts this year’s course is faster and firmer than in previous years. 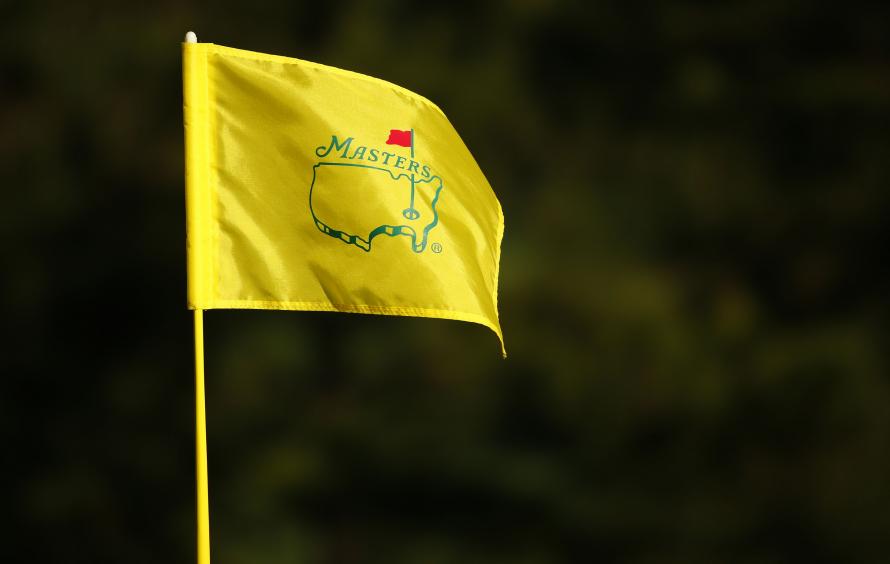 Well-fancied Jordan Speith, 11/1 with Betfred, is in the last group of the day while Tommy Fleetwood and Phil Mickelson will surely provide us with some tea-time entertainment. Mickelson, priced at a huge 125/1, is a three time winner at Augusta, and would be a hugely popular winner this time around if he were to scoop his fourth green jacket, and the $2 million prize money given to the winner.

So with four days of golf to look forward to, below is the complete 30-pairing list for Thursday. You can watch all the action unfold on Sky Sports Main Event.

x
Suggested Searches:
Manchester United
Liverpool
Manchester City
Marcus Rashford
Premier League
More
golf
Money Grab Or Needed Reform? Premier Golf League Could ''Revolutionise''...
The much-debated proposal of a Premier Golf League worth £250million is “entirely feasible” [ ... ]
golf
PGA Championship: Phil Mickelson Makes History As Oldest Ever...
Phil Mickelson, at 50 years of age, has become the oldest ever winner of a major as he put in an incredible [ ... ]
golf
British Masters: Richard Bland Claims First European Tour Win...
Richard Bland has been playing golf on and off the European Tour since 2002 and has never won a tournament. [ ... ]
golf
British Trio Leading The Pack At Halfway In The Betfred Masters
We’ve reached the halfway stage of the Betfred British Masters and it’s been a ball-striking [ ... ]
golf
Everything You Need To Know About The 2021 Betfred British Masters
European Tour golf returns to the UK this week for the first time since October with the Betfred British [ ... ]
golf
There's Plenty Up For Grabs As The British Masters Returns To...
European Tour golf returns to the UK this week for the first time since October with the Betfred British [ ... ]
golf
Matsuyama Makes Masters History To Inspire New Generation Of...
Hideki Matsuyama has written his name into golf’s history books by becoming the first Asian player [ ... ]
golf
Masters Round-Up: Hideki Matsuyama Races Into Four-Shot Lead...
Hideki Matsuyama shot a 65 on Saturday to leapfrog Justin Rose heading into the final day of the Masters [ ... ]
golf
Justin Rose Leads The Masters As Defending Champion Dustin Johnson...
Heading into the biggest weekend in the entire golfing calendar, Englishman Justin Rose leads the way [ ... ]
golf
Masters Round-Up: Justin Rose Leads The Way As Tommy Fleetwood...
The opening day of the Masters was all about Justin Rose who opened up a four-shot lead after hitting [ ... ]
golf
The Masters: Jordan Spieth Ends Four-Year Winless Run Ahead...
It’s hard to believe Jordan Spieth’s Masters triumph was six years ago. Now 27, [ ... ]
golf
The Masters: Former Pro Simon Dyson Explains What It's Like...
The Masters returns this week as World number one Dustin Johnson looks to hold on to the Green Jacket. [ ... ]
golf
Westwood Back In The Top 20 After Runner-Up Finish At The Players'...
A magnificent second-place finish in the Players’ Championship this weekend has moved Lee Westwood [ ... ]
golf
Players Championship Can Provide Rory McIlroy With Much-Needed...
Spark. Mojo. Pizzazz. Whatever you call it, Rory McIlroy doesn't have it right now. When McIlroy [ ... ]
golf
Messages Of Support Flood In For Tiger Woods Following Serious...
The sporting world has rallied to send messages of support to Tiger Woods after the golf legend was [ ... ]
golf
Man, Megastar, And Mortal: The Book Examining The Second Life...
He’s the one name people who know nothing about golf, know about golf. But aside from the 15 Majors, [ ... ]
golf
Inside Michael Jordan’s Exclusive Golf Club, Where Drinks Are...
To the casual observer the Grove XXIII may seem like just another ordinary golf club in Hobe Sound, [ ... ]
golf
Caley Show That Buying Top Quality Golf Clubs Needn't Be Pricey...
A trip to the local golf course may seem like a distant dream for many of us, with the nation being [ ... ]
golf
The Best Gear And Gadgets To Get Your Golf Game To The Very...
“Confidence is the most important single factor in this game, and no matter how great your natural [ ... ]
golf
Flawless Colin Morikawa Is Golf’s Next Big Thing - But We Shouldn’t...
The world of golf witnessed one of the most remarkable feats in the sport’s history this weekend [ ... ]
golf
Squad Up! The Golf Gadgets Straight Out Of A Call Of Duty Game
Unless you live in Manchester where you’ve likely been raving hard in a field for the last three [ ... ]
golf
Knees And Tees: How The Ancient Game Of Golf Is Evolving
Long winding walks, falling leaves and a whole heap of fascinating wildlife. No, this isn’t the [ ... ]
golf
FedEx Cup 2019: Breaking Down Rory McIlroy’s $15 Million Win
On Sunday, Rory McIlroy won the Tour Championship for the second time to secure the FedEx Cup and take [ ... ]
golf
The Open 2019: Brooks Koepka Has A Not So Secret Weapon Up His...
1st, T6, T13, 1st, T39, 1st, T2, 1st, 2nd. Brooks Keopka’s last nine standings in major competition [ ... ]
golf
Duel In The Sun: When Tom Watson Famously Battled Past Jack...
The history of sport is jam-packed with epic duels. Only last weekend, Novak Djokovic ousted Roger Federer [ ... ]
golf
The Open Championship: Five Moments To Remember
Thousands of golf fans will be heading to Royal Portrush for this year’s Open Championship, the [ ... ]
golf
The Healing Power Of Sport: The Open Returns To Northern Ireland...
Peace is, as ever, precarious. Like an artisan mirror, so thoughtfully and delicately crafted, but with [ ... ]
golf
Carnoustie Capitulation: Jean Van de Velde's 1999 Open Meltdown
Occasionally in sport the name of the loser is easier to recall than that of the victor and that was [ ... ]
golf
Harry Vardon: Golf’s First International Superstar Who Remains...
When you think of famous multiple winners of The Open Championship the likes of Tom Watson, Jack Nicklaus, [ ... ]
golf
From Tragedy To Triumph: How Nate Lashley’s Rocket Classic Triumph...
Nate Lashley’s triumph at the Rocket Mortgage Classic may have slipped under the radar this weekend [ ... ]