The finish was frenetic. The season as a whole was arguably the best we have ever seen. The dust has just about settled on the Max Verstappen’s title win and even though the Dutch-Beligian driver lifted his first ever Drivers’ Championship at the end of the Abu Dhabi Grand Prix, it looks as if the controversy that has surrounded the sport up until the very last lap of the last race could continue into the courts.

Mercedes lodged two appeals to the FIA about what happened in the final few laps of the Grand Prix that ultimately cost Lewis Hamilton the championship, and even though both were rejected late on Sunday night, some of the issues raised were valid. The main problem is that not all lapped cars were allowed to overtake the safety car as per the rules and it does seem like the organisers made the rules up as they went along, in order to avoid the championship finishing under a yellow flag.

However, in removing the back markers in between Hamilton and Verstappen, and by restarting the race with one lap to go, the officials essentially handed the world championship to the Red Bull driver. The Brit was on well-worn hard tyres, while Verstappen was on fresh softs, so there was little to no chance of Hamilton holding his position, when the 24-year-old had started almost level with the 2020 champion.

It is not what anybody wants to be talking about just after the crowning of a new champion, but this was an F1 season that was packed full of controversy. Unfortunately for the sport, it seems unable to get away from stewards enquiries and FIA decisions affecting race results and the officials set up a finish that was worthy of Drive to Survive on Netflix - even if it lacked sporting integrity.

Now this was a season that was jam-packed full of drama and when Verstappen won the Emilia Romagna Grand Prix we knew that this was a man that was seriously in contention for the title, given Red Bull had proved their pace in pre-season testing. We saw sparks fly between the pair but in Baku, the Red Bull’s tyre exploded to leave Max frustrated, before Hamilton let an opportunity pass him by in bizarre circumstances, as he accidentally switched on his ‘brake magic’ function, an error that saw him career off the track and to a 15th place finish.

In Silverstone the tension between the pair reached boiling point as they collided and although Hamilton was given a ten second penalty for sending his title rival into the barrier, he went on to claim a dramatic win on home soil.

Max Verstappen
@Max33Verstappen
Glad I'm ok. Very disappointed with being taken out like this. The penalty given does not help us and doesn't do justice to the dangerous move Lewis made on track. Watching the celebrations while still in hospital is disrespectful and unsportsmanlike behavior but we move on 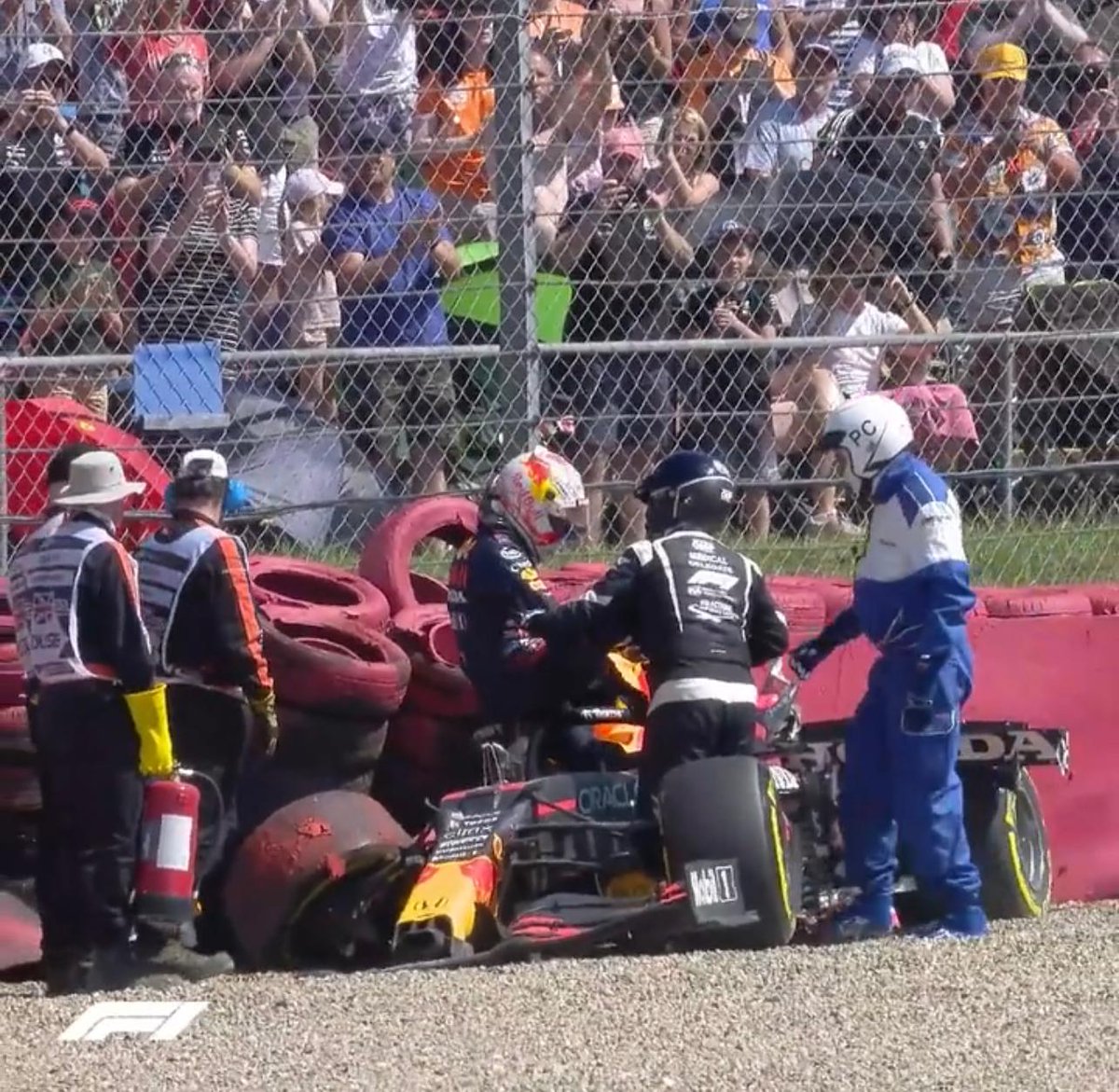 Hamilton fought hard to come back from the back of the grid to the podium in Hungary and Verstappen was tangled up in a crash early on but a huge incident would unfold in Italy after the summer break.

As Hamilton came out of the pits he engaged in an instant battle with Verstappen, and as the pair collided again, the rear of the Red Bull mounted the Mercedes, and Hamilton was only safe thanks to his Halo. Both drivers retired from the race, but the battle would resume in Brazil, on and off the track.

Christian Horner and Toto Wolff have both been strong in their opinions this term and questioned the other team’s tactics. There were questions over Mercedes’ rear-wing, protests about Verstappen’s aggression and general fractiousness surrounding both teams throughout the title race.

Perhaps then, it is no surprise that it ended the way it did. Unfortunately for F1, no other sport has so many subjective enquiries and controversies, where action taken by officials can directly affect the result of a race - or in the case of Sunday, an entire championship. With more disagreements, arguments and a general unhappiness with the final resolution from Mercedes, Lewis Hamilton deserves great credit for the sportsmanship he showed in the immediate aftermath of his heartbreaking defeat, but 2021 was the year a new champion was crowned.

We are unlikely to ever see a season finale as close as this one again, and given the reaction and controversy that has followed the race, perhaps that isn’t a bad thing.