England head coach Eddie Jones has surprised many people by naming SIX uncapped players in his Guinness Six Nations squad. But the Australian believes he has selected a “good balance” of “experience and up-and-coming” talent for this year’s competition, which runs 5 February – 19 March.

Barbeary’s international call-up, in particular, shows that Jones wants form players for his extended 36-man squad. The 21-year-old Wasps back row has been in blistering form this season with four tries in seven games for his club since returning from injury. There’s also great opportunities for blossoming stars Hassell-Collins, 23, and fly-half Bailey, 20, both of whom have been playing well for their respective clubs this season.

Barbeary has converted from a hooker and is benefiting from his most consistent run of games, with his early career having been blighted by injury.

"He [Alfie] feels his best position is in the back row,” revealed Jones, in today’s press conference.

“We agree and we are looking forward to seeing how quickly he can move forward into Test rugby.

"He has an extraordinary ability to break tackles and to carry the ball forward in close contact. 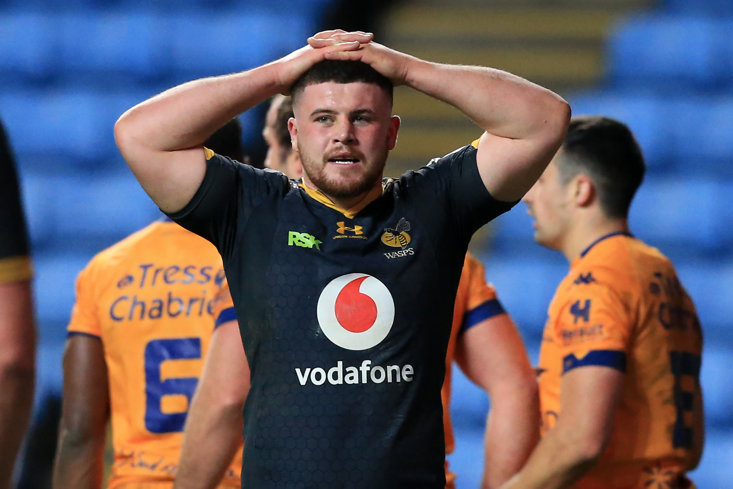 Jones’ large squad will meet in Brighton next Monday, 24th January, for an intensive five-day training camp ahead of this year’s competition. But noticeably England will be without the Vunipola brothers, Mako and Billy, George Ford, Elliot Daly and Sam Underhill because of form or fitness concerns.

And experienced campaigner Manu Tuilagi has, perhaps surprisingly, been left out despite being close to return from injury. Tuilagi is currently out with a hamstring injury suffered in the win over South Africa last autumn.

“He's had a wee setback,” revealed Jones. “We'll just have to wait and see where he's up to. He'll need to get some good training form and play a few games.'

He added: “This Six Nations is the fourth last campaign we have before the World Cup in 2023 so it's an important opportunity for us to keep building the team.

“We're looking forward to integrating some new young players into the squad. We've only got one thing in mind and that's firstly the Six Nations and then the World Cup after that.

“They (the uncapped players) are in the squad because we feel they can make a contribution to the team. There is no reason why they can't.

“They're all good young players who have showed enough at club level to suggest they can do it at Test level. We're looking forward to seeing how quickly they adapt.

“It's a new England side and we've moved on from the last Six Nations.”

Owen Farrell, who has 100 caps, has been confirmed as England’s captain despite having not played since November with an ankle injury, while Jack Nowell also makes a welcome return to Jones’ side.

“Selecting this squad has been a difficult task, we’ve got plenty of good young players coming through and some of our more experienced are rediscovering their best form,” reflected Jones on his squad. 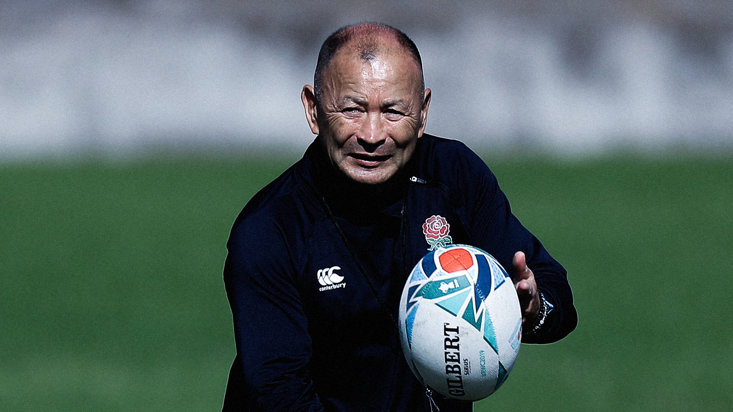 “We think this 36 for the first training week reflects a good balance of that experience and up-and-coming talent.

“In Brighton we’ll focus on getting the fundamentals of our game in play right and developing the cohesion of the team.

“The Six Nations is going to be the most competitive we’ve ever seen.  All the countries performed well in the autumn, so we need to be at our best and improve with every game.”

England finished a disappointing fifth place in last year’s Six Nations, but a winning start in their Calcutta Cup curtain-raiser against Scotland should give Jones’ side the confidence to challenge for the title. Defeat and England will be questioning whether they have the credentials for the job.

England are 9/4 to win the Six Nations with Betfred*

x
Suggested Searches:
The Sportsman
Manchester United
Liverpool
Manchester City
Premier League
More
rugby
South Africa, More Teams Or Relegation? How To Improve The Six...
It’s been quite the week for the international rugby community. France continued their march to [ ... ]
rugby
England Capitalise On Welsh Ill-Discipline To Grind Out Six...
Penalty. Kick. Penalty. Kick. Repeat. The reliable boot of Marcus Smith earned England a 23-19 win over [ ... ]
rugby
Scotland Defeat England In A Dramatic Calcutta Cup Clash
Scotland beat England 20-17 on home soil at Murrayfield, to keep hold of the Calcutta Cup. This Six [ ... ]
rugby
Six Nations: Former England Star Corbisiero Predicts Tight Encounter...
England get their 2022 Six Nations campaign underway on Saturday when they take on Scotland at Murrayfield.  [ ... ]
rugby
Everything You Need To Know About The 2022 Six Nations
The Six Nations, one of the most historic and famous competitions in the whole of sport, is back this [ ... ]
rugby
Can Cook, Will Cook: Eddie Jones' England Take Home The Cup...
England beat Australia 32-15 to clinch the Cook Cup in a thrilling, back-and-forth match in front of [ ... ]
rugby
Morne Steyn Breaks British and Irish Lions' Hearts Again With...
Morne Steyn has broken the British and Irish Lions hearts once again with a last-gasp penalty that secured [ ... ]
rugby
British & Irish Lions' Time Concerns Are A Problem Across The...
Sport as a whole is struggling to come to terms with the concept of time right now. As The Hundred reshapes [ ... ]
rugby
Pollard Kicks Five Penalties As South Africa Level Lions Series
It was scrappy and bad tempered at times. It was difficult to watch, even. But two second-half tries [ ... ]
rugby
Rassie Erasmus Needs To Be Sanctioned Heavily, However Justified...
It took 62 minutes for Rassie Erasmus to rip apart the refereeing performance in the British Lions’ [ ... ]
rugby
Warren Gatland Inspires British And Irish Lions Comeback Win...
The British and Irish Lions’ incredible second-half renaissance stumped world champions South [ ... ]
rugby
England Emerge Victorious At Twickenham Despite Spirited Display...
England were pushed further than they probably would have expected when they took on the USA in [ ... ]
rugby
British and Irish Lions: Warren Gatland Can Reach Iconic Status...
Warren Gatland will take his British and Irish Lions squad to South Africa this summer for his third [ ... ]
rugby
Alun Wyn Jones To Captain British & Irish Lions On South Africa...
Wales legend Alun Wyn Jones will captain the British and Irish Lions squad ahead of their tour in South [ ... ]
rugby
England Dig Deep Against France To Claim Fourth Six Nations...
It wasn’t pretty but England got the job done, beating France 10-6 in a gripping low-scoring classic [ ... ]
rugby
Eddie Jones' 2021 Failures Could Set England Up For World Cup...
After a review by the RFU into England’s woeful Six Nations performance, Eddie Jones has kept [ ... ]
rugby
Wales Win Six Nations Championship After Scotland's Late, Late...
Wales have regained the Six Nations Championship they last won in 2019 after France went down to a dramatic [ ... ]
rugby
Can History Repeat Itself? When Wales And France Shared The...
Wales are still favourites to win the Six Nations championship despite missing out on the Grand Slam [ ... ]
rugby
What Do Wales Need Scotland To Do Against France To Win The...
This is an unprecedented Six Nations campaign. For the first time we have an extra game being played [ ... ]
rugby
Six Nations: Last-Gasp France Try Cruelly Denies Wales Grand...
It promised to be a ‘Super Saturday’ unlike any other and it’s safe to say it delivered [ ... ]
rugby
England's Final Six Nations Game Against Ireland Is More Than...
You’d be forgiven for thinking England’s final Six Nations game against Ireland was a dead [ ... ]
rugby
Late Maro Itoje Try Gives England A Much-Needed Win Over France
England got back to winning ways in the Six Nations Championship by the finest of margins on Saturday [ ... ]
rugby
The Stats Don't Lie, Ill-Discipline Has Cost England The Six...
We’ve all seen the headlines. Too many mistakes and too many penalties have cost England in a [ ... ]
rugby
Alun Wyn Jones' Has Shown In The Six Nations Why He's A Lions...
146 caps, fifteen years of service and one cheeky smile, Alun Wyn Jones has been the beating heart of [ ... ]
rugby
Poor Officiating Puts Dampener On Wales Win Over England That...
Wales have kept their hopes of a Grand Slam alive, secured a bonus point and won the Triple Crown, with [ ... ]
rugby
England Need To Be Cool, Calm And Composed Against Wales In...
Eddie Jones is imploring his England side to be on the alert for any scheming from Wales captain Alun [ ... ]
rugby
France v Scotland Six Nations Game Called Off After Latest Positive...
France’s upcoming Six Nations match against Scotland, due to take place this Sunday, has been [ ... ]
rugby
Jack Nowell Aiming For England Recall When He Returns From Injury
England and Exeter winger Jack Nowell looks set to return to action in March after being sidelined for [ ... ]
rugby
Can Eddie Jones Really Blame A Lack Of Fans For England's Six...
England’s start to the Six Nations has been underwhelming to say the least. An opening day defeat [ ... ]
rugby
It Wasn’t Pretty But England Get Back On Track In The Six Nations...
It wasn’t pretty and wasn’t as easy as past England triumphs over Italy but Eddie Jones’ [ ... ]