The British and Irish Lions’ incredible second-half renaissance stumped world champions South Africa as they won the opening game of the series 22-17 in Cape Town.

It was a match of contrasting halves for the Lions who looked all over the place in the opening period as South Africa completely dominated them with the boot. Yet, a revitalised side came out in the second-half and battled courageously to turn the game on its head and in the end, it was the Springboks who were left to rue their mistakes.

To put this comeback win into context, before today’s stunning victory, the Lions had only won just one of their last 24 Test matches when they had trailed at the break (D1 L22), this was a 19-12 victory over Australia back in 1989. Interestingly, the Lions went on to win the series that year and now they have put themselves in a brilliant position to win just their second series since the turn of the millenium.

Questions were being asked of the Lions in the first-half after they were outplayed by South Africa, a side whose captain Siya Kolisi had just returned to the team from Covid-19 while the rest of the team had spent six days in isolation.

They answered them in the second period and did fantastically to come away with the victory, while riding their luck at times when the Springboks piled on the pressure – the hosts were the victims of two disallowed trys, one for offside and another for a knock on in the closing stages.

Whatever Warren Gatland had said to them at the break had an impact on all of the players.

Before today, South Africa had lost just one of their last 13 Tests (W11 D1), winning the last seven in a row. This was their longest winning run since 2013-14 (W8); however, the Springboks had only played one Test match since their Rugby World Cup triumph in 2019.

The Lions suffered a setback in the first-half as they looked lost and lacked discipline. They were first punished by a South African penalty and Handre Pollard stepped up and converted to give them a three-point lead. It only took four minutes for Pollard to have another penalty chance which he also converted as the Lions were 6-0 down before 20 minutes. One of the toughest tours in the world looked like handing out another brutal punishment.

For a brief moment it seemed like the Lions had found their fighting spirit as it was their turn for a penalty for an offence during a line-out. It was the responsibility of Dan Biggar to try and reduce the lead and instigate a change in mentality for the Lions. His kick sailed between the posts and it gave his side a chance to find their rhythm as they pulled the score back to 6-3.

The Lions continued to be their own worst enemy as they gave away another two sloppy penalties which Pollard scored to increase South Africa’s lead to nine heading into the break as Pollard was absolutely sensational from the tee throughout. South Africa let their guards down late in the half as they gave away two penalties but the Lions looked shaky and Biggar missed the first before Elliot Daly missed the second. 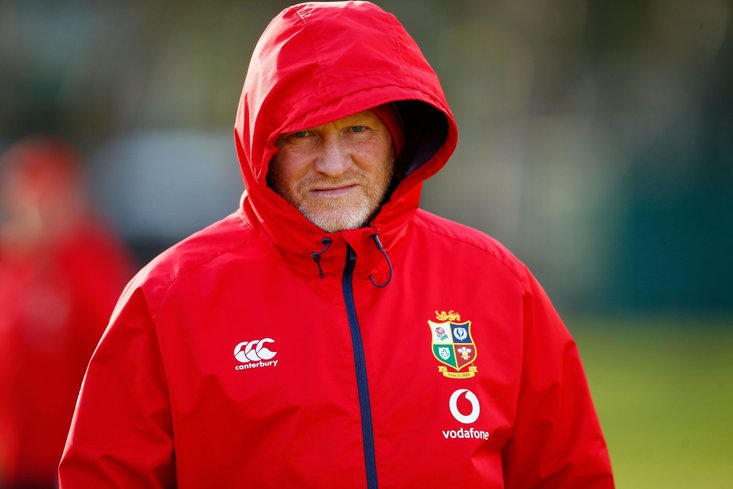 As the second-half started, the Lions looked hungrier to stamp their mark on the game, they had clearly been lifted by Gatland’s team talk. Within minutes they had scored the first try of the game through Luke Cowan-Dickie. Biggar was then able to reduce the lead to two and the contest was back on. They were let off by South Africa having a try ruled out for Willie le Roux being offside.

It did not take long for South Africa to regroup as they went on to score their first try in the 50th minute. Pieter-Steph du Toit’s impressive break led to wing Makazole Mapimpi chipping a ball through and after a scuffle, scrum-half Faf de Klerk ended up with the ball over the tryline – which was confirmed by TMO. In a surprising turn of events not befitting of the night, Pollard could not make his kick count, which would prove crucial.

The Lions did not bow down and Biggar scored a penalty minutes after South Africa’s try as they saw an opportunity to go on and win the game. South Africa were forming a strong defensive line as the Lions struggled to break through but another penalty by Biggar meant there was just one point in it.

After another tense period, you could see the nerves were now getting to the South Africans who gave away another penalty which Biggar scored to put the Lions ahead for the first time in the game – it really was a switch of performances in the second-half but South Africa were carrying a lot more threat in the second period than the Lions did in the first.

The Lions were given a huge let off late on as Pollard missed a penalty and the Springboks had another try cancelled out for a knock on, but this is the sort of luck you need to win against the World Cup holders.

Owen Farrell stepped up to take a penalty in the dying minutes as a result of another costly error from South Africa in the second-half, he scored to make the score 17-22 which wrapped up the points for the Lions to get the Test series off to a fantastic start.

x
Suggested Searches:
Manchester United
Liverpool
Manchester City
Marcus Rashford
Premier League
More
rugby
Morne Steyn Breaks British and Irish Lions' Hearts Again With...
Morne Steyn has broken the British and Irish Lions hearts once again with a last-gasp penalty that secured [ ... ]
rugby
British & Irish Lions' Time Concerns Are A Problem Across The...
Sport as a whole is struggling to come to terms with the concept of time right now. As The Hundred reshapes [ ... ]
rugby
Pollard Kicks Five Penalties As South Africa Level Lions Series
It was scrappy and bad tempered at times. It was difficult to watch, even. But two second-half tries [ ... ]
rugby
Rassie Erasmus Needs To Be Sanctioned Heavily, However Justified...
It took 62 minutes for Rassie Erasmus to rip apart the refereeing performance in the British Lions’ [ ... ]
rugby
England Emerge Victorious At Twickenham Despite Spirited Display...
England were pushed further than they probably would have expected when they took on the USA in [ ... ]
rugby
British and Irish Lions: Warren Gatland Can Reach Iconic Status...
Warren Gatland will take his British and Irish Lions squad to South Africa this summer for his third [ ... ]
rugby
Alun Wyn Jones To Captain British & Irish Lions On South Africa...
Wales legend Alun Wyn Jones will captain the British and Irish Lions squad ahead of their tour in South [ ... ]
rugby
England Dig Deep Against France To Claim Fourth Six Nations...
It wasn’t pretty but England got the job done, beating France 10-6 in a gripping low-scoring classic [ ... ]
rugby
Eddie Jones' 2021 Failures Could Set England Up For World Cup...
After a review by the RFU into England’s woeful Six Nations performance, Eddie Jones has kept [ ... ]
rugby
Wales Win Six Nations Championship After Scotland's Late, Late...
Wales have regained the Six Nations Championship they last won in 2019 after France went down to a dramatic [ ... ]
rugby
Can History Repeat Itself? When Wales And France Shared The...
Wales are still favourites to win the Six Nations championship despite missing out on the Grand Slam [ ... ]
rugby
What Do Wales Need Scotland To Do Against France To Win The...
This is an unprecedented Six Nations campaign. For the first time we have an extra game being played [ ... ]
rugby
Six Nations: Last-Gasp France Try Cruelly Denies Wales Grand...
It promised to be a ‘Super Saturday’ unlike any other and it’s safe to say it delivered [ ... ]
rugby
England's Final Six Nations Game Against Ireland Is More Than...
You’d be forgiven for thinking England’s final Six Nations game against Ireland was a dead [ ... ]
rugby
Late Maro Itoje Try Gives England A Much-Needed Win Over France
England got back to winning ways in the Six Nations Championship by the finest of margins on Saturday [ ... ]
rugby
The Stats Don't Lie, Ill-Discipline Has Cost England The Six...
We’ve all seen the headlines. Too many mistakes and too many penalties have cost England in a [ ... ]
rugby
Alun Wyn Jones' Has Shown In The Six Nations Why He's A Lions...
146 caps, fifteen years of service and one cheeky smile, Alun Wyn Jones has been the beating heart of [ ... ]
rugby
Poor Officiating Puts Dampener On Wales Win Over England That...
Wales have kept their hopes of a Grand Slam alive, secured a bonus point and won the Triple Crown, with [ ... ]
rugby
England Need To Be Cool, Calm And Composed Against Wales In...
Eddie Jones is imploring his England side to be on the alert for any scheming from Wales captain Alun [ ... ]
rugby
France v Scotland Six Nations Game Called Off After Latest Positive...
France’s upcoming Six Nations match against Scotland, due to take place this Sunday, has been [ ... ]
rugby
Jack Nowell Aiming For England Recall When He Returns From Injury
England and Exeter winger Jack Nowell looks set to return to action in March after being sidelined for [ ... ]
rugby
Can Eddie Jones Really Blame A Lack Of Fans For England's Six...
England’s start to the Six Nations has been underwhelming to say the least. An opening day defeat [ ... ]
rugby
It Wasn’t Pretty But England Get Back On Track In The Six Nations...
It wasn’t pretty and wasn’t as easy as past England triumphs over Italy but Eddie Jones’ [ ... ]
rugby
How The Six Nations Has Become A Pivotal Moment In Eddie Jones'...
England’s shock defeat to Scotland last weekend certainly threw up more questions than answers [ ... ]
rugby
Six Nations Blown Wide Open With Scotland's First Win At Twickenham...
This year is different. How many times have we heard that over the last twelve months? The global pandemic [ ... ]
rugby
Eddie Jones' Mind Games Can Only Help To Fuel Scotland's Fire...
Eddie Jones has been at the mind games, but it feels like he needn’t really bother. Scotland arrive [ ... ]
rugby
Betfred Super League To Return Without Scrums Due To Covid-19...
The Betfred Super League season will begin without scrums following confirmation from the RFL board [ ... ]
rugby
Three Reasons Why England Winning The Six Nations Isn't A Foregone...
England go into the 2021 Six Nations in imperious form. The defending champions have finished outside [ ... ]
rugby
England’s Beno Obano And Maro Itoje Tackle Race In Rugby In...
Rugby Union has a race issue. It’s uncomfortable to talk about or even acknowledge but it’s [ ... ]
rugby
Hard Men Of Rugby, The Book That Revels In The Legendary Tough...
The famous maxim goes that 'football is a game for gentlemen played by hooligans, and rugby union [ ... ]