We now venture into the closing stages of the European Tour with five tournaments remaining until the season-closing DP World Tour Championship in Dubai. Last weekend Tyrrell Hatton retained the Alfred Dunhill Championship in Scotland, but now the focus switches to this week’s Italian Open.

As you’d expect at this stage of the season there’s a high-quality field lining up for the 74th edition of the Italian Open (it’s been a staple of the tour since 1972), including Spaniard Jon Rahm, defending champion Francesco Molinari, last week’s victor Hatton, the Race To Dubai leader frontrunner Tommy Fleetwood, and let’s not forget the Masters winner Sergio Garcia!

Below we pluck out all the important information and talking points ahead of Thursday's Italian Open in Monza.

The Italian Open will take place at Golf Club Milano in Parco di Monza, playing at 7,150, par 71. Last year the tournament was played in mid-September but has been moved a month back in the schedule, to October.

The Italian Open is the fifth event on the new eight-tournament Rolex Series, which offers a prize fund of at least $7million for each event. To date, the four winners of the 2017 Rolex Series are Alex Noran, Tommy Fleetwood, John Rahm, and most recently Rafa Cabrera Bellow.

The tournament, which features fairways lined with trees and smaller-than-average greens, will be looking to attract the crowds as the country continues to build towards the 2022 Ryder Cup, which will be held in Rome. The action will be screened live on Sky Sports Golf from 9am to 5pm (Thursday to Friday), then 11.30am to 5pm over the weekend. 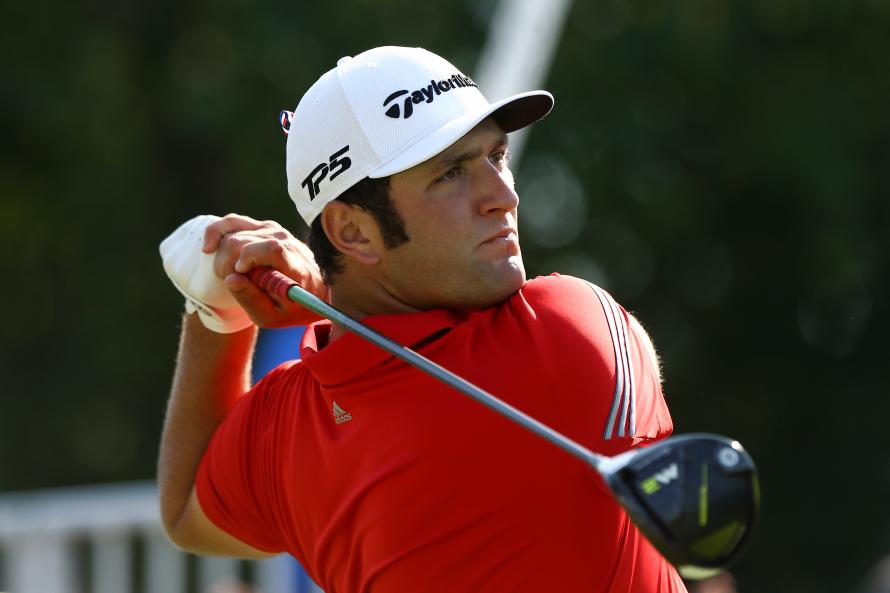 Jon Rahm is the stand-out name at the Italian Open, and it will surprise few that the World Number 5 leads the betting at 13/2 to lift the prestigious trophy. The 22-year-old has enjoyed a stellar year to date, winning the Farmers Insurance Open and Irish Open, while he’s impressed at the WGC-Mexico Championship (3rd).

Rahm, who is bidding to stake his claim for a place in next year’s Ryder Cup in France, is certainly looking forward to the tournament, telling Golf Shake:

“The Italian Open is one of the great events on the European Tour and one that you want to get your hands on. The national Opens of continental Europe are steeped in history and tradition, so to win those events is really special. Winning the Irish Open a couple of months back was an amazing feeling, so hopefully I can play well in Milan and try to win another one.”

Fellow Spaniard Sergio Garcia is also in the top cluster of names in the betting at 16/1 to win his first tournament since finally cementing a major, the Masters, back in April. The 37-year-old, who this week parted ways with TaylorMade following a run of 19 wins spanning 15 years, will be looking to recover from a disappointing showing at the British Masters earlier this month.

The duo will both be bidding to close the gap on Race To Dubai leader Fleetwood, who currently has a 1000-point lead over the Spaniards in what is a thrilling race to be crowned Europe’s top player. New father Fleetwood returned to action in last week's Alfred Dunhill Links Championship, finishing T25, and looks a cracking bet at 22/1 to go on and win this week, in a tournament he finished 7th in last term. Meanwhile, he’s a tempting 7/1 to be the top Englishman.

Local favourite Francesco Molinari battled past Danny Willett to win last year, 10 years after his first triumph in the event in 2006 - which was his first tour win - making the World Number 18 the only native to win multiple Italian Open since it became part of the European Tour back in 1972.

As always in these parts, Molinari (14/1) will be roared on by a passionate home crowd, who will be hoping he makes it victory number three. As will his brother, Edoardo, who is a 300/1 shot to stun the field and finish top of the pile, while he’s priced at 20/1 to be the Top Italian.

Francesco Molinari and that winning feeling:

Other Names In Contention

Tyrrell Hatton could prove to be a popular bet at 16/1 as he bids to register back-to-back wins on the European Tour. The 25-year-old successfully defended the Alfred Dunhill Championship last weekend, carding an impressive -24, while the week before he was leading the British Masters after three rounds, before slipping to 8th.

Another name in the frame is last month’s Omega European masters winner Matthew Fitzpatrick, while other players to keep a close eye on include Alex Noran, Shane Lowry, and Ross Fisher who remarkably carded an Old Course record at St Andrew’s (61) on his final round, which saw him finish 2nd behind Hatton.

DP World Tour
@DPWorldTour
The Old Course has a new course record.
@RossFisher signs for a 61. 👏 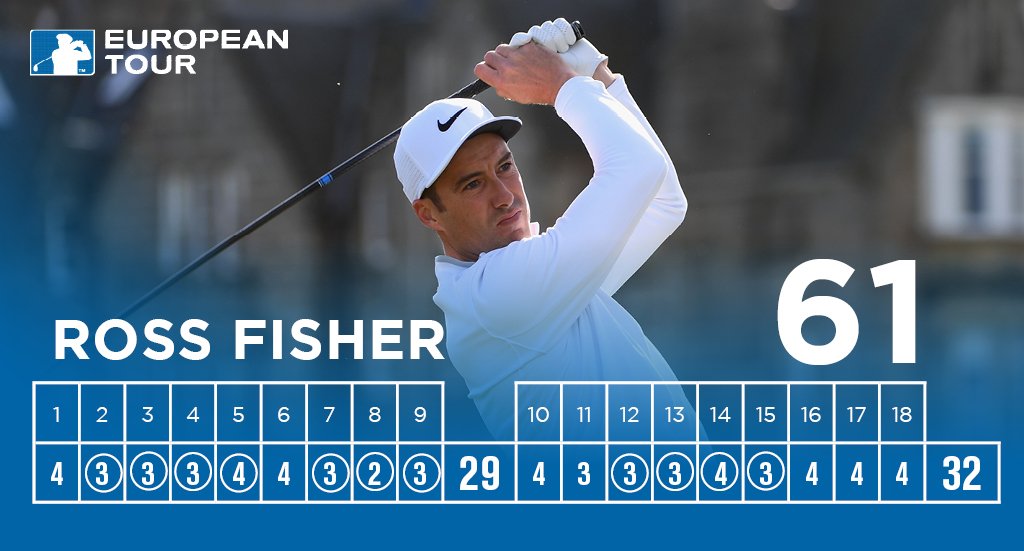 169
720
x
Suggested Searches:
The Sportsman
Manchester United
Liverpool
Manchester City
Premier League
More
golf
Tommy Fleetwood Defends Nedbank Golf Challenge Title In South...
Tommy Fleetwood retained his Nedbank Golf Challenge title by winning the 2022 event at Sun City in South [ ... ]
golf
Rory McIlroy Reclaims World No 1 Spot After Retaining CJ Cup...
Rory McIlroy has moved back to the top of the world rankings by retaining the CJ Cup title. The Northern [ ... ]
golf
Team Europe Captain Luke Donald Hopes 2023 Ryder Cup Can 'Unify'...
Luke Donald has said that the Ryder Cup is “bigger than any individual player” while the [ ... ]
golf
Major Money, Big Names But No Love: Lack Of Interest In LIV...
For casual sports fans, even on a weekend with reduced events, the LIV Golf event barely nudged the [ ... ]
golf
Rory McIlroy Becomes First Three-Time FedEx Cup Champion
Rory McIlroy became the first player to win three FedEx Cups in the PGA Championship on Sunday. The [ ... ]
golf
Tiger Woods And Rory McIlroy Launch Tech-Based TGL Golf League
Tiger Woods and Rory McIlroy have teamed up to launch a company, TMRW Sports, with the intention to [ ... ]
golf
Luke Donald Confirmed As Europe's Captain For 2023 Ryder Cup
Luke Donald has been named Europe’s Ryder Cup captain, replacing Henrik Stenson who was sacked [ ... ]
golf
LIV Golf: The Players Who've Made The Switch And Those Who Haven't
LIV Golf arrived into the world of golf with a whimper, followed by a bang. After initial sniggers from [ ... ]
golf
Cameron Smith Refuses To Rule Out LIV Golf After Open Victory...
Cameron Smith had one of the comebacks of the year on Sunday at St Andrews, going -8 under par for the [ ... ]
golf
Cameron Smith Wins The 150th Open Championship On Dramatic Final...
Cameron Smith has won The 150th Open Championship after a nail-biting finale at St Andrews. The title [ ... ]
golf
McIlroy & Hovland Share The Lead: Day Three At The Open Championship
All eyes were focused on the duel between Norway’s Viktor Hovland and Northern Ireland’s [ ... ]
golf
Tiger's Farewell Tears And Smith's Putting: Day Two At The Open...
Three-time champion Tiger Woods was left in tears at the end of his round on day two, in what he thinks [ ... ]
golf
McIlroy's Promising Start And Tiger Tees Off: Day One At The...
Rory McIlroy enjoyed almost the perfect opening round to his Open. The 2014 Champion Golfer of the Year [ ... ]
golf
WATCH: Ian Poulter's Extraordinary 160-Foot Putt On The Ninth...
Ian Poulter might have already made one of the putts of the tournament at the 150th Open Championship as [ ... ]
golf
Easy Tiger: The Top Five Open Championship Wins At The Old Course
Snead. Nicklaus. Woods. All of the greats have lifted the Claret Jug outside the famous Royal & [ ... ]
golf
The 150th Open Championship: A Guide For The Old Course
It’s game week and the 150th Open Championship is underway with practice rounds for the greatest [ ... ]
golf
Tiger Woods Says LIV Golf Defectors ''Have Turned Their Backs''...
Tiger Woods has waded into the PGA Tour’s feud with the controversial LIV Golf Series to reiterate his [ ... ]
golf
The 150th Open Championship: McIlroy Favourite As Golf Returns...
Words fail to describe the beauty of Scottish links golf. Greens the size of islands, filled with twists [ ... ]
golf
The Open Championship's Prize Pot Increases By 22 Per Cent
The winner of the 150th Open at St Andrews next week will receive a championship-record £2 [ ... ]
golf
Bryson DeChambeau Hopes People Can See The 'Good' Saudis Are...
LIV Golf star Bryson DeChambeau has said that he wants people to see the ‘good’ that Saudi [ ... ]
golf
The DP World Tour Bans LIV Golf Players From The Scottish Open
The DP World Tour has handed out £100,000 fines to all the players who competed in June’s [ ... ]
golf
R&A Confirms LIV Golf Series Stars Will Be Invited To The Open...
The Royal & Ancient Golf Club has confirmed that players signed up to the LIV Golf Series will be [ ... ]
golf
US Open Preview: European Stars Can Dominate The Top Ten
After weeks of folie à deux in the world of golf, the world’s finest players return to [ ... ]
golf
Rory McIlroy And Linn Grant Weekend Wins Overshadow LIV Golf...
The inaugural LIV Golf event at London’s Centurion Club was left in the dust on Sunday thanks [ ... ]
golf
The Troublesome Timeline Of LIV Golf: How Did We Get Here?
The most controversial topic in sport right now, the LIV Golf tournament, teed off on Thursday after [ ... ]
golf
Dustin Johnson's Defection Could Change Not Just Golf But Sport...
To call Dustin Johnson’s withdrawal from the PGA Tour on Tuesday “seismic” would be [ ... ]
golf
Everything You Need To Know About The 2022 PGA Championship
‘This is Major’ is the PGA’s chosen slogan for their flagship major event, as the [ ... ]
golf
Betfred Donate £19,000 To Prostate Cancer UK After Danny Willett...
Thorbjørn Olesen may have walked away with the Betfred British Masters title over the weekend, [ ... ]
golf
Betfred British Masters: Thorbjorn Olesen Triumphs With Spectacular...
Thorbjorn Olesen clinched the Betfred British Masters title with an incredible 35-foot putt on the 18th [ ... ]
golf
Thorbjorn Olesen Three Clear Heading Into Final Day Of Betfred...
Following a miserably wet Friday, the sunshine returned to The Belfry on Saturday as round three of [ ... ]