Golf
News
On Pebble Beach's birthday, sit back and enjoy our journey around some of the planet's most stunning courses.
TheSportsman
and
Ryan Wood
19:00, 23 Feb 2022

Widely regarded as one of the best looking golf courses man has ever crafted, Pebble Beach in California turns 103-years-old today. Unspoilt views of the Pacific Ocean and immaculate greens lead to some of the highest green fees in the world, but we'd argue it's worth every cent.

While we stare miserably out of the window at dodgy-named British storms, dreaming of those spring mornings on the fairways, here's a look at some of the sport's most spectacular courses... 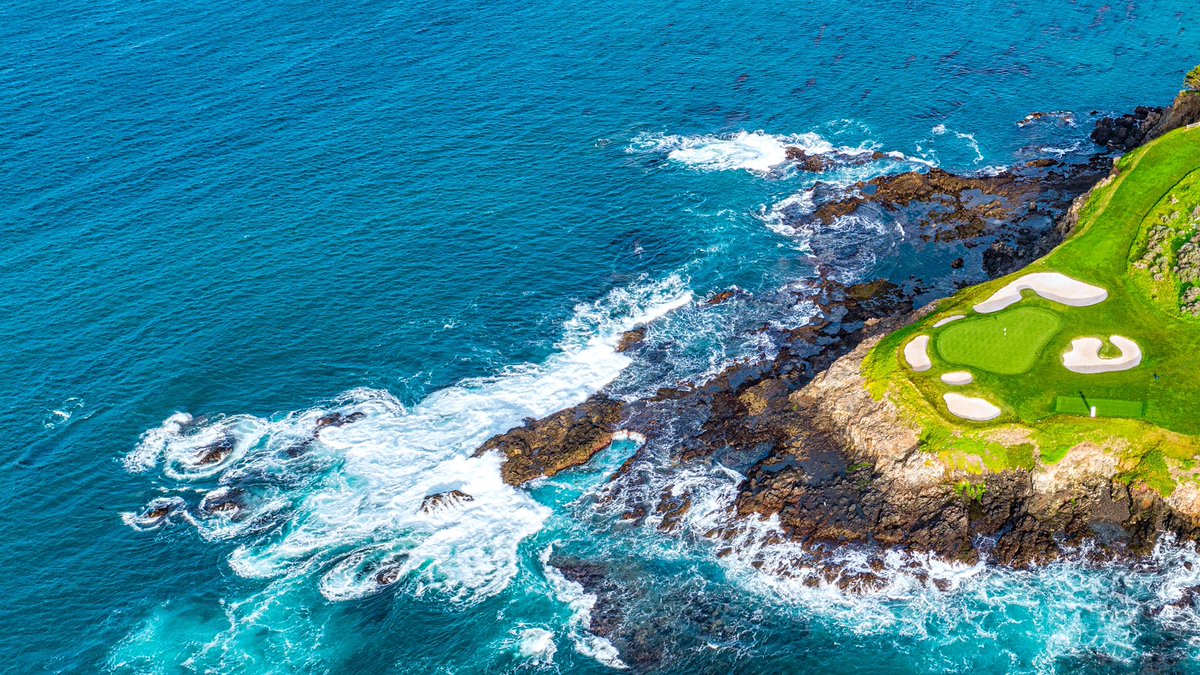 Pebble Beach Golf Links has been unanimously voted the number one public course in America, and it's easy to see why. Players can walk in the footsteps of their heroes on fairways which have hosted six US Opens, more than any other course in the last 50 years.

The par 4 8th has been described by Jack Nicklaus as his favourite approach shot in golf, over a seaside chasm to a green that "steeply slopes from back-to-front".

Can't afford the $500+ green fee like the rest of us? You only have to wait until 2027 to see the world's best take on Pebble Beach again at the US Open.

Tiárnach Magee
@TiarnachMagee
What a morning to start the new year 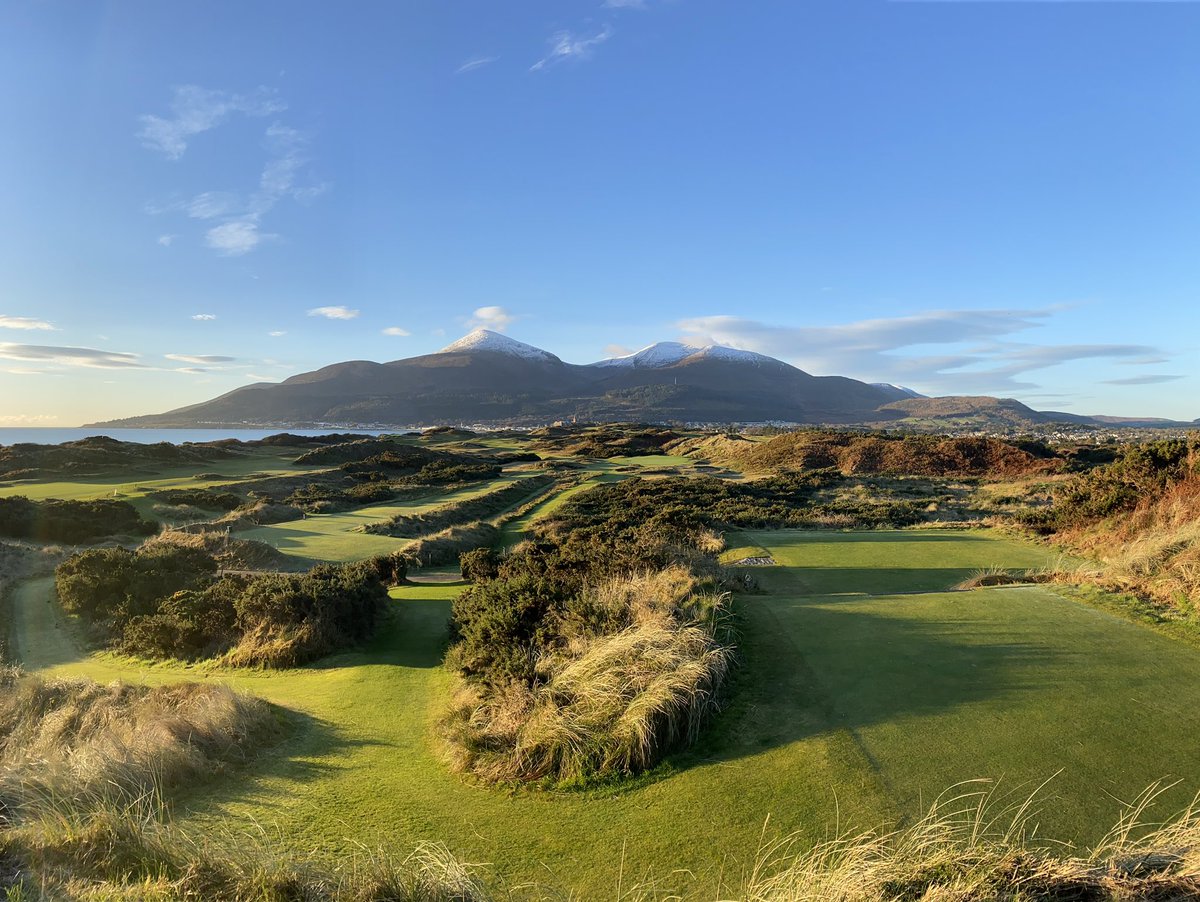 We don't have the words to describe this beauty, so we'll leave it to the course guardians instead.

"Royal County Down is located in one of the world's most naturally beautiful links settings in the Murlough Nature Reserve. Against the magnificent backdrop of the Mountains of Mourne, the links stretches along the shores of Dundrum Bay, zigzagging back and forth to provide a different vista from virtually every hole."

If you're serious about golf, get yourself over to Ireland this summer. 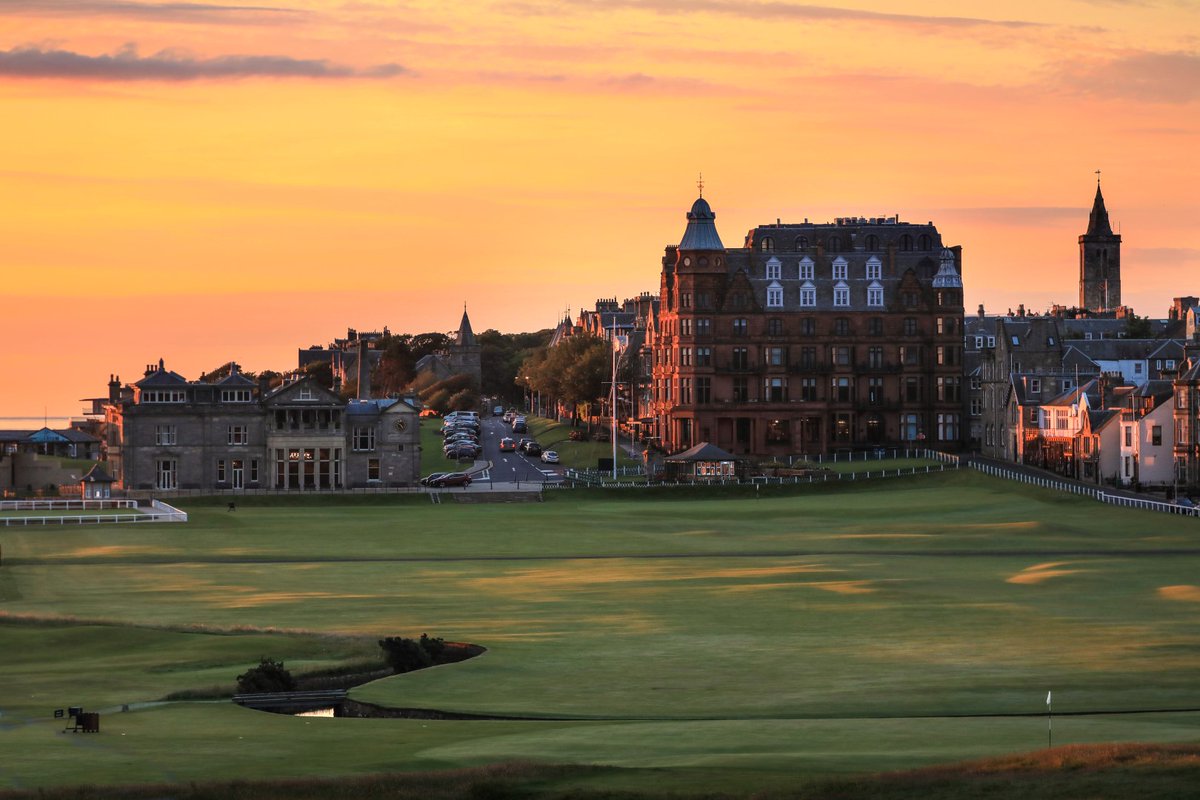 THE HOME OF GOLF.

"The oldest and most iconic golf course in the world. The Swilcan Bridge and Hell Bunker are recognised across the globe, yet the greatest feature of the Old Course is that despite its grand status it remains a public golf course, open to all."

Blind shots and enormous greens galore, The Old Course at St Andrews is a Mecca for lovers of the sport. Described as 'ground zero for all golf architecture' by Golf Digest, this historic 18 holes is breathtaking and remains high on most bucket lists. 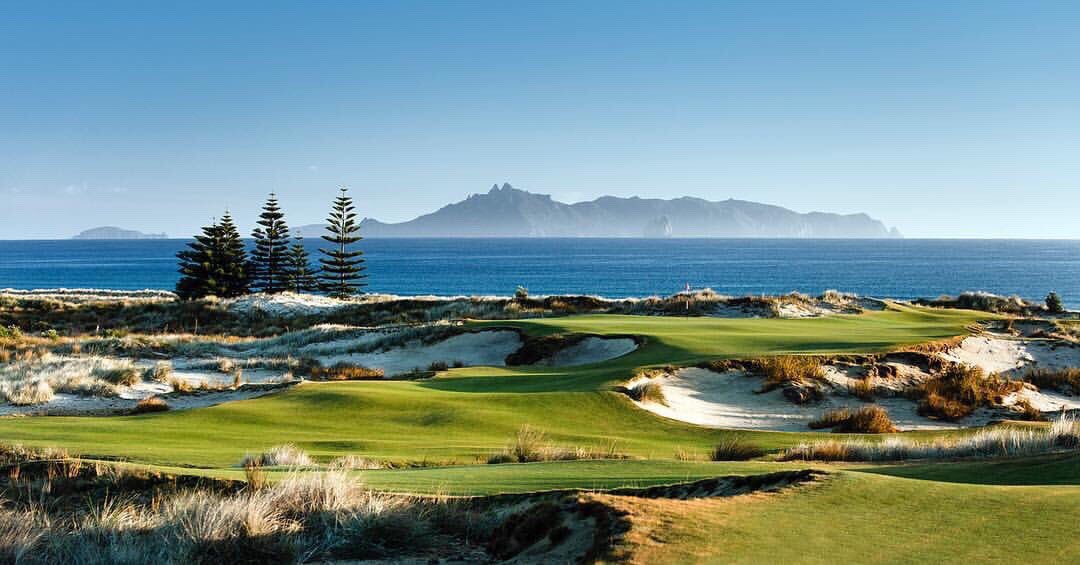 Architect Pip Cheshire sums it up perfectly: “We wanted it to be an anchor amidst the dunes and waving grasses, perfectly at home in its beautiful setting."

A private golf club, situated 90 minutes north of Auckland, Tara Iti GC is a stunner. With views of the Hauraki Gulf, this 6,840-yard course covered in sandy traps will eat most golfers alive - but you would die very happy. 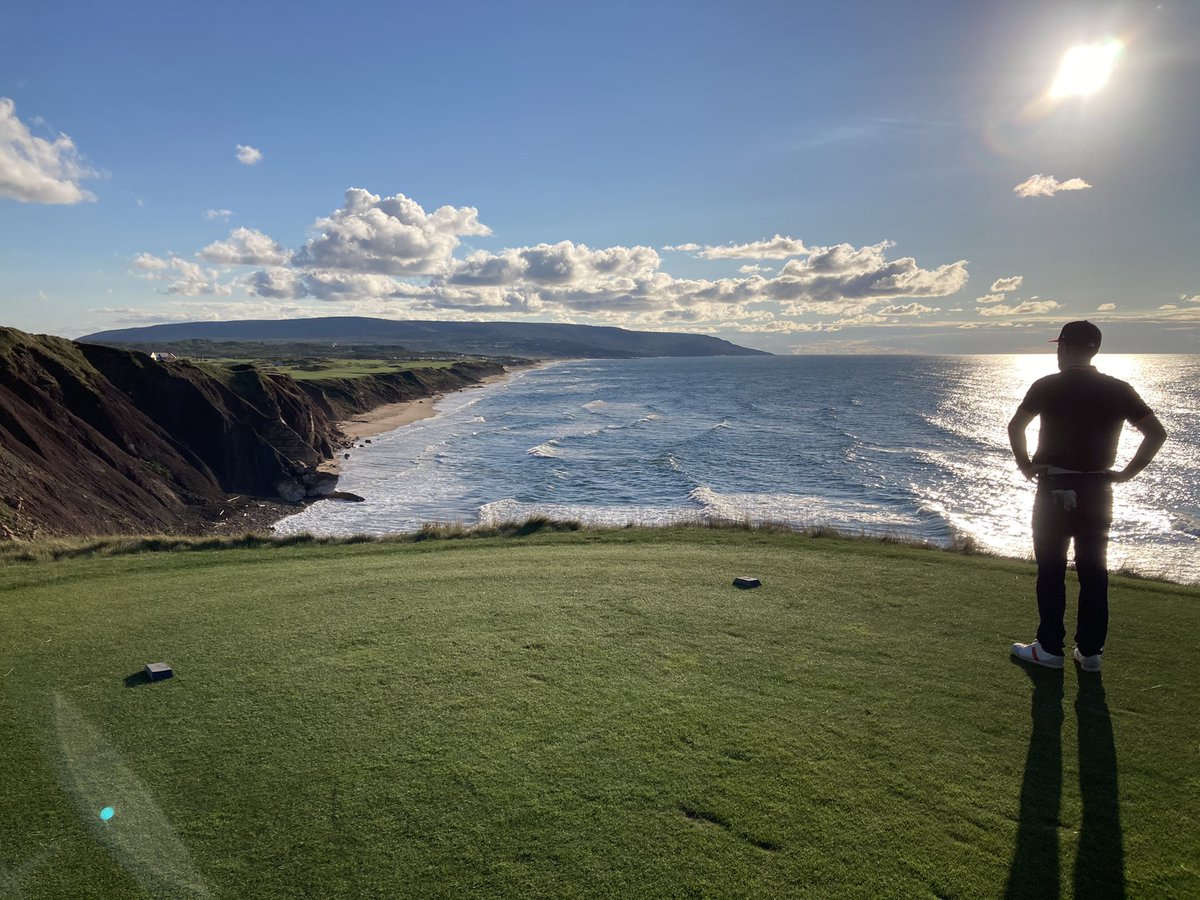 Now for one you might not have heard of...

"Exquisitely carved out of the breathtaking Cape Breton landscape, with postcard-worthy panoramas vying for your attention and rich, rolling fairways waiting to reward your creativity, this is linksland golf at its best. Lose yourself in a place that is off the beaten path and far from the expected. Cabot Cliffs is built by dreamers, for dreamers."

Home to one of the game's most photographed holes, Cabot Cliffs is a natural beauty. Set on a rugged, oceanfront landscape, on linksland running firm and fast, it's one of those courses we could stare at lovingly forever.

BEST OF THE REST

We asked friends of The Sportsman, Kevin Pietersen, Phil Tufnell and Sophie Walker for their favourites...

Leopard Creek CC
@LeopardCreekCC
The short Par4 11th at Leopard Creek is not as innocuous as it may seem. The tricky green has a false front that repels many approaches and subtle slopes to confuse the best putter. 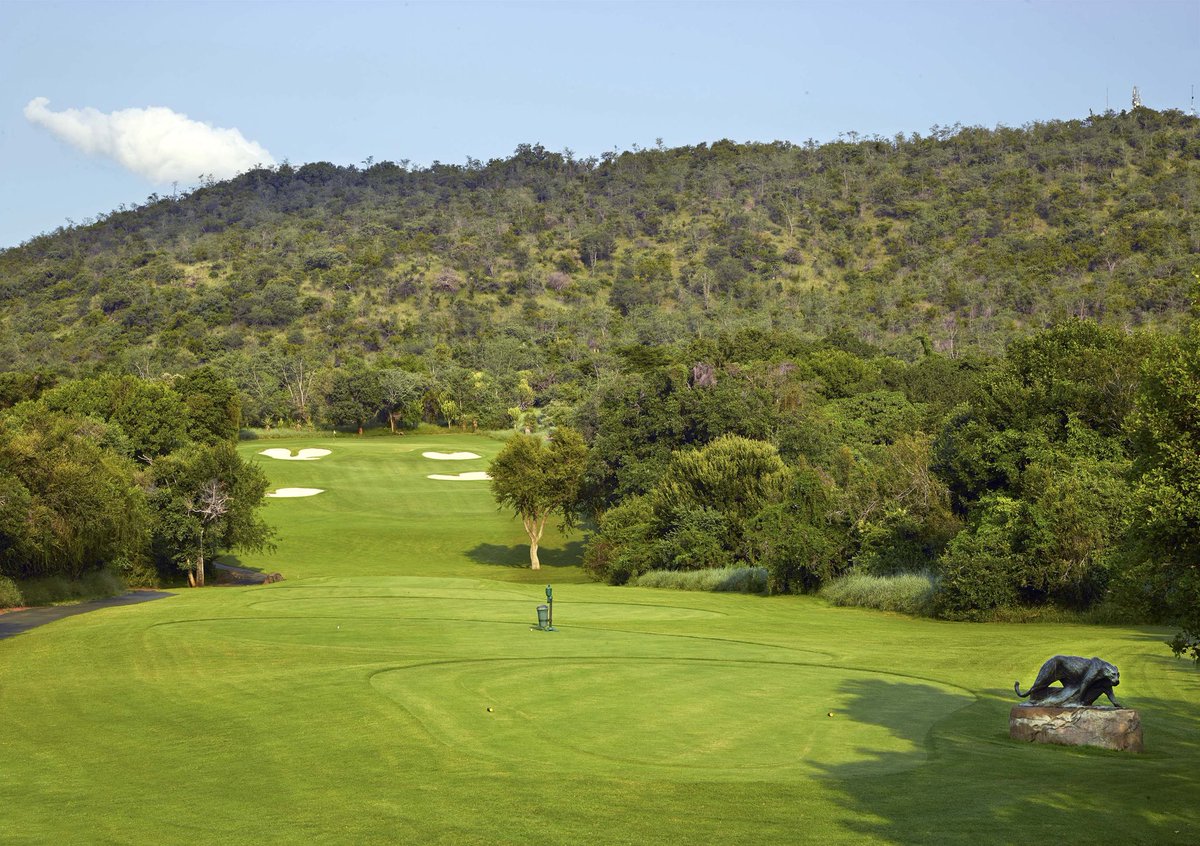 Royal Dornoch
@RoyalDornochGC
One extreme to another... the well guarded par 3 13th followed by the bunkerless par 4 14th. ⛳️🏴󠁧󠁢󠁳󠁣󠁴󠁿
#royaldornochlinks 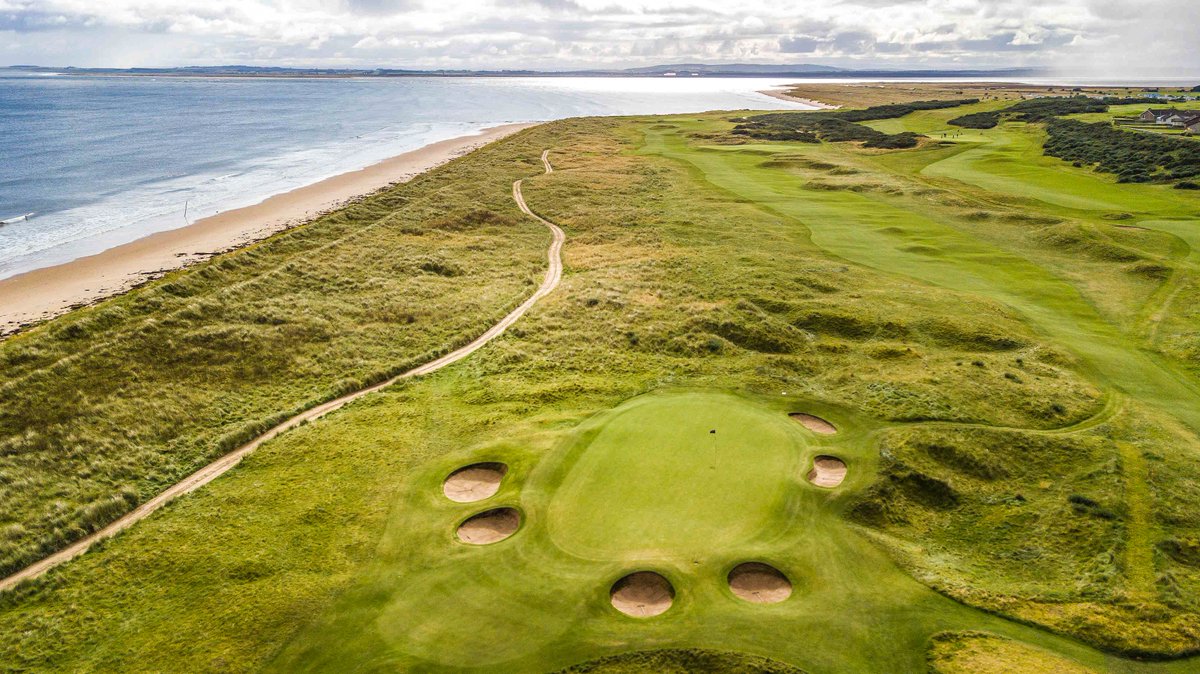 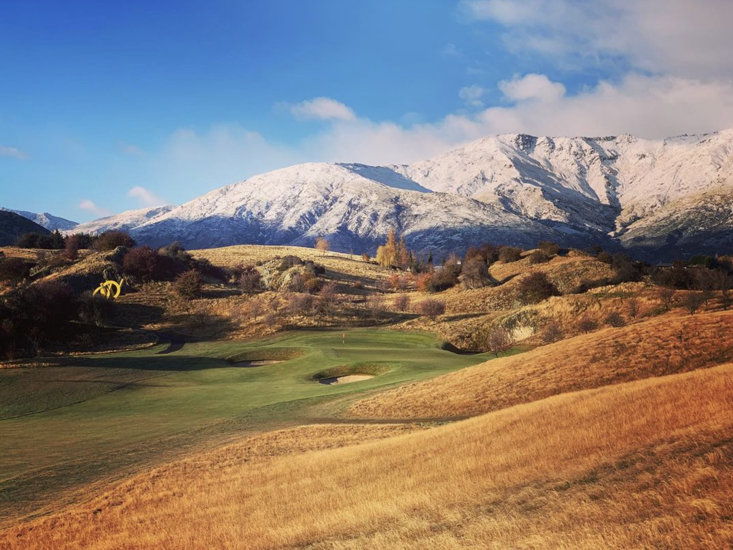 x
Suggested Searches:
The Sportsman
Manchester United
Liverpool
Manchester City
Premier League
More
golf
Everything You Need To Know About The 2022 PGA Championship
‘This is Major’ is the PGA’s chosen slogan for their flagship major event, as the [ ... ]
golf
Betfred Donate £19,000 To Prostate Cancer UK After Danny Willett...
Thorbjørn Olesen may have walked away with the Betfred British Masters title over the weekend, [ ... ]
golf
Betfred British Masters: Thorbjorn Olesen Triumphs With Spectacular...
Thorbjorn Olesen clinched the Betfred British Masters title with an incredible 35-foot putt on the 18th [ ... ]
golf
Thorbjorn Olesen Three Clear Heading Into Final Day Of Betfred...
Following a miserably wet Friday, the sunshine returned to The Belfry on Saturday as round three of [ ... ]
golf
Hurly Long And Danny Willett Shine On Day Two At Betfred British...
It was another action-packed day at The Belfry in Sutton Coldfield for day two of the Betfred British [ ... ]
golf
Great Danes Enjoy Profitable Opening Day At Betfred British...
If watching Christian Eriksen run the show in the Premier League wasn’t enough, now several other [ ... ]
golf
Everything You Need To Know About The Betfred British Masters
The British Masters is upon us and Danny Willett has chosen The Belfry again as the host for one of [ ... ]
golf
Phil Mickelson Plays Both Sides As Golf’s Civil War Begins
Phil Mickelson, American golf hero and people’s champion left many fans flabbergasted by [ ... ]
golf
Lazarus With A Five Iron: Tiger Roars Back At The Masters On...
On April 14 2019, the weather was looming ominously in Augusta, Georgia. The only thunder that ultimately [ ... ]
golf
Scheffler Shines, Rory Reborn & Tiger Returns: 5 Things We Learned...
Scottie Scheffler's stunning season continued this weekend as he clinched the first major of his [ ... ]
golf
Tiger’s Greatest Triumphs: Three Times Woods Defied All The...
You simply couldn’t write the life of Tiger Woods. A man that has seen it all, won the lot and [ ... ]
golf
The Masters Best Picks And Tips: Can Tiger Woods Live The Dream...
Tiger Roll might’ve called it a day after Cheltenham, and Subway might’ve called time on [ ... ]
golf
25 Years On: Remembering When Tiger Woods Became The Masters’...
Way before his slams, his swings and scandals, Tiger Woods paved the way as a phenom in the world of [ ... ]
golf
Everything You Need To Know About The 2022 Masters Tournament
The famous green jacket is up for grabs once again as the golf world descends on Augusta, Georgia for [ ... ]
golf
Where? When? How To Watch? Everything You Need To Know About...
One of the highlights of the golfing calendar arrives next week in the form of the sport’s “fifth [ ... ]
golf
Five Of The Best UK Golf Courses You Can Play For Under £100
The majority of UK golf courses we see the likes of Bryson DeChambeau, Rory McIlroy and Jon [ ... ]
golf
Drama Surrounding Saudi Super Golf League Could Rumble On For...
Although this feels like an idea which has just been ignited, the concept of a breakaway league in golf [ ... ]
golf
Why The DP World Tour Will Help European Golf
As the PGA Tour came to a close before September’s Ryder Cup, the European Tour has entered its [ ... ]
golf
USA Complete Ryder Cup Annihilation As Cantlay And Scheffler...
The USA regained the Ryder Cup on Sunday, finishing off a convincing exhibition of matchplay golf by [ ... ]
golf
Team USA Dominate Day Two Of Ryder Cup Leaving Europe With A...
Team USA stretched their lead to 11-5 on day two of the Ryder Cup at Whistling Straits after another [ ... ]
golf
Ryder Cup Pairings 2021 Day One: Rahm And Garcia Eye Up Titanic...
The Ryder Cup pairings have delivered once again. Europe will start by sending out world number one [ ... ]
golf
Everything You Need To Know About The 2021 Ryder Cup At Whistling...
The 2021 edition of the Ryder Cup begins on Friday a whole year after its initially scheduled start [ ... ]
golf
Will Shane Lowry Make It? Europe's Ryder Cup Qualifying Race...
The Ryder Cup kicks off later this month at Whistling Straits and Europe’s men will be hoping [ ... ]
golf
Kids In America: Rookie Duo Maguire And Castren Fire Europe...
The old cliche that youth has no fear is often thrown about in sport, but we saw just how nerveless [ ... ]
golf
Cantlay, DeChambeau Or Rahm To Win? All You Need To Know On...
The PGA Tour heads to the home of some of golf’s most breathtaking courses, Atlanta, with East [ ... ]
golf
Everything You Need To Know Ahead Of The 2021 Solheim Cup
The 17th edition of the Solheim Cup, one of the most prestigious events in golf, gets underway this [ ... ]
golf
Kevin Kisner’s Wyndham Win Shows His Importance To Team USA...
Golf’s showpiece team event, the Ryder Cup, is just over a month away as Team Europe prepare to [ ... ]
golf
Golf's Sibling Superstars Minjee Lee And Min Woo Lee Are Taking...
On Sunday, Australian golfer Minjee Lee overturned a seven shot deficit to beat South Korea’s [ ... ]
golf
Unflappable Collin Morikawa Wins The Open Championship After...
American Collin Morikawa has won the Open Championship’s Claret Jug for the first time after a [ ... ]
golf
Oosthuizen Holds His Nerve To Take One-Stroke Lead Into Final...
Louis Oosthuizen proved once again that he should never be underestimated, as even with a subpar performance [ ... ]