Motorsport
News
Only 19 roofless Sián Roadsters have been made available
Kieran Spratt
09:00, 16 Jul 2020

The most powerful Lamborghini ever made, the hybrid Sián Roadster, has just gone roofless. The problem? The Italian car manufacturer only made 19 of them and they’ve already sold out.

The Sián Roadster convertible is an upgrade on the hardtop version of Lamborghini’s first hybrid which was revealed late last year and it looks incredible to say the least. All the hardware under the hood of the hardtop remains - the V12 engine is still there, along with the 48-volt e-motor which combine to create an output of 819 horsepower. It’s able to clock up to 217mph on the road and can go from zero to 62mph in just 2.9 seconds. 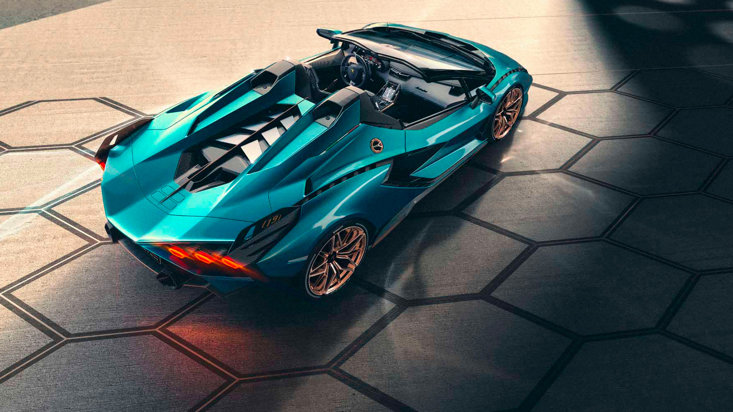 “It is the expression of breath-taking design and extraordinary performance, but most importantly embodies important future technologies. The Sián’s innovative hybrid powertrain heralds the direction for Lamborghini super sports cars, and the open-top Sián Roadster affirms a desire for the ultimate lifestyle Lamborghini as we move towards a tomorrow demanding new solutions.” 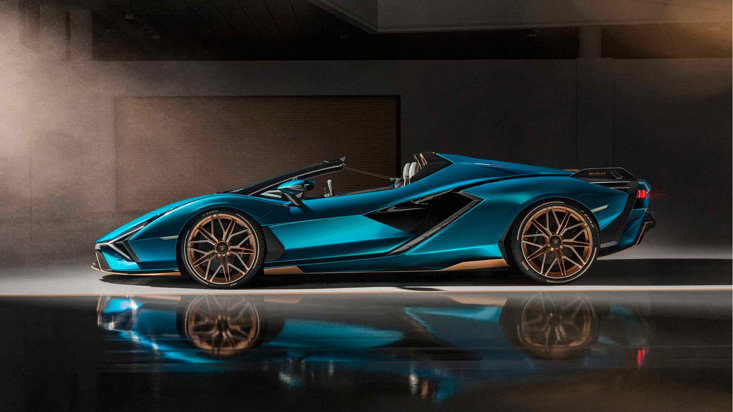 We can’t help but think the recently announced Lamborghini yacht, the £2.7m Tecnomar, whose design was based on the hardtop version of the Sián Roadster, would look even better sat next to the convertible version, each having their own wide-open cock-pits. Alas, with the Sián Roadster believed to be valued in the region of £3m, and as we mentioned before, already sold out, it doesn’t seem like a viable option for many of us right now. 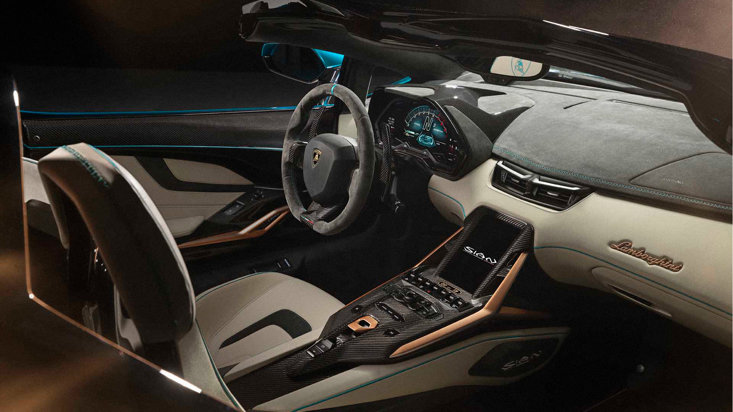 The Roadster will be debuting in what Lamborghini are calling ‘Blu Uranus,’ which, as the pictures show, is a much sexier colour than the name suggests. The colour, according to the automaker, “encapsulates the blue of the sky and the green of the fields, evoking the freedom and driving elation delivered by the open top Sián Roadster’s performance.” 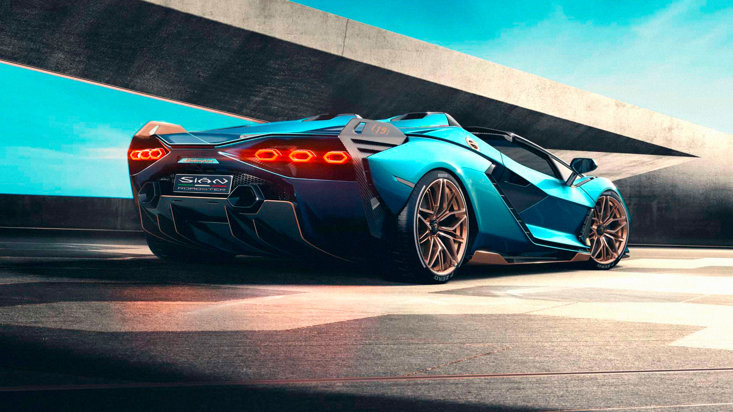 If one thing is clear from the Sián Roadster, lockdown certainly isn’t stifling any of Lamborghini’s creativity.