Euro 2020 is just around the corner which means football supporters will get another crack of fantasy football. Everyone will be carefully scouting possible selections for their team and taking in top tips to get ahead of their friends and rivals. As 24 nations go for European glory, millions of players across Europe will battle it out for top spot in the UEFA Euro 2020 Fantasy League.

Players will start off with a €100m budget to pick a 15-man squad: Two goalkeepers, five defenders, five midfielders and three forwards.

The game is very similar to the Premier League version, there can only be a maximum of three players per nation in each team (this increases as the tournament progresses). A captain will earn double points for his side so players must deliberate this decision each matchday.

Here we take a look at some players who could be hidden gems to score big points for fantasy players.

He may be one of the highest-priced assets in the game but Depay may just be worth every penny after his excellent form which contributed in getting his national side to the Euro finals. The attacker scored six goals in qualifying, whilst also grabbing eight assists – more than any other player. His 14 goal contributions meant he had a direct role in 58% of the Netherlands’ 24 goals in qualification.

Familiar to Norwich City fans, their star striker’s fine goalscoring touch applies to the international stage as well. Although Finland are Euro finals debutants, the form of Pukki was crucial in getting them here. He scored 10 of Finland’s 16 goals in qualifying. Having also provided an assist, he was involved in 68.75% of their qualifying strikes. 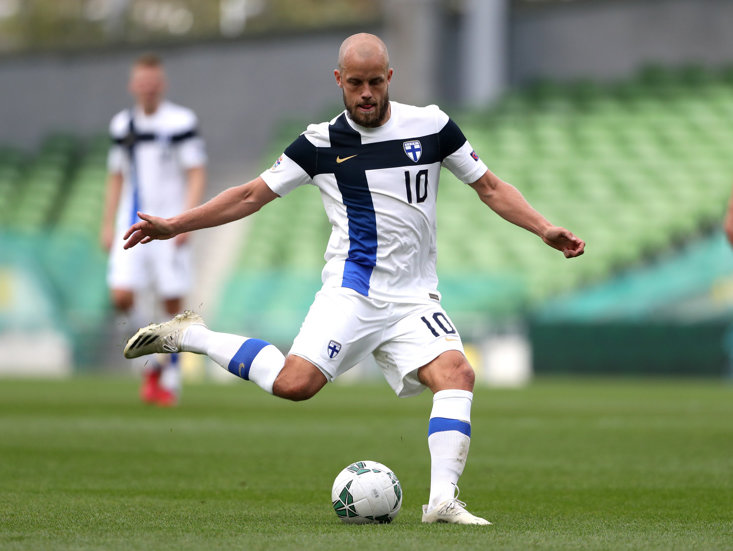 COULD THE PUKKI PARTY CONTINUE AT EURO 2020?

In what is Scotland’s first major tournament since 1998, Liverpool star Robertson will be hoping to lead his team to the knockout stages of the Euros for the first time in their history. Renowned for his wand of a left-foot, Robertson could be one of Scotland’s best creators due to his excellent crossing ability. With mobile forwards such as Che Adams and Kevin Nisbet to latch onto his crosses, at €5.5m, Robertson could be a steal.

The ex-Liverpool midfielder could be a shrewd selection for players after some fine form in qualifying. The 30-year-old scored 8 goals whilst also gaining two assists, having been involved in 45% of the Netherlands’ 24 goals in qualifying. In the Oranje’s first major tournament appearance since finishing third in the 2014 World Cup in Brazil, Wijnaldum will be looking to lead his team into the knockout stages as they chase a second European Championship title.

Dzyuba had a very impressive qualification campaign for Euro 2020, boasting nine goals and five assists. He could be a real asset to fantasy players, especially considering the excellent but surprising run Russia went on in the World Cup in 2018 on home soil. After finishing bottom of their group at Euro 2016 with just one point, Dzyuba, high on confidence, will want to match the success his side had in Russia three years ago.