This week has been surprisingly busy despite the lack of racing in Formula One. The beginning of the week saw the confirmation of the provisional F1 calendar, with the inclusion of the Las Vegas GP and the return of the Qatar and China Grands Prix too.

Today saw AlphaTauri extend their contract with Japanese star Yuki Tsunoda, who is now expected to become the number one driver at Red Bull’s sister team following the imminent departure of Pierre Gasly. On that note, it’s time to take a look at the confirmed driver moves for 2023, the seats that will be free come January and who might fill the gaps.

One man that isn’t going anywhere this winter is reigning world champion, Max Verstappen. The Dutchman is well and truly flying this year in the Red Bull designed to fit his strengths and is on course to win the second title of his career, potentially in Singapore next week. 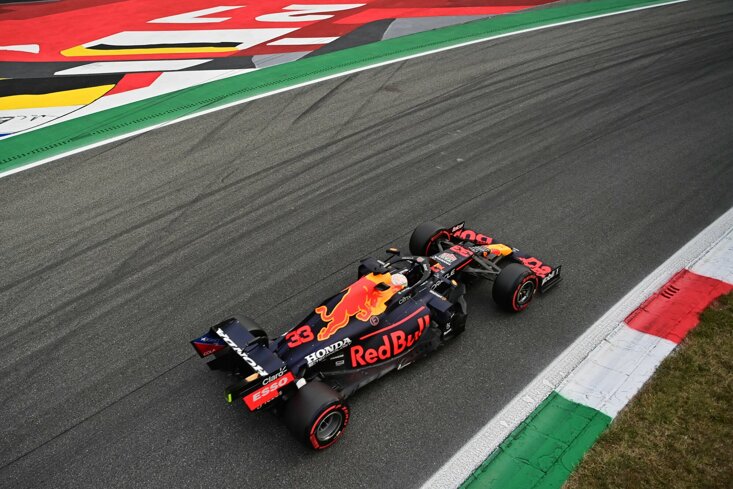 On the other hand, Sergio Perez could potentially move if he keeps to his word at the beginning of the season. Speaking to The Athletic back in April, ‘Checo’ said, “Right now we are constantly immersed in work, because there are a lot of races. We simply don’t have enough time to spend time with our families.

“I personally have two children. I think if the calendar expands even more, I will definitely no longer compete in Formula One.”

The future of Sergio Perez is yet to be determined. He signed a two-year contract extension before his maiden Red Bull victory in Monaco, but the F1 calendar has added another race weekend to bring it to 24 races, two more than this season and one more than the 2021 season.

If Perez was to leave, it would attract a lot of attention. Red Bull might be left scrambling to fill a gap that could previously have been described as cursed, with Alex Albon and Pierre Gasly both struggling to get to grips with the car.

The changes we might see at Ferrari after the end of this season will not be in the driver lineup.

Charles Leclerc has had a good season despite numerous embarrassing DNFs and mistakes by his team. He still sits second in the World Drivers’ Championship, albeit 116 points behind Verstappen. The Monegasque is also tied down to a famously long contract with the Scuderia, meaning the next time he would be a free agent would be in 2025. 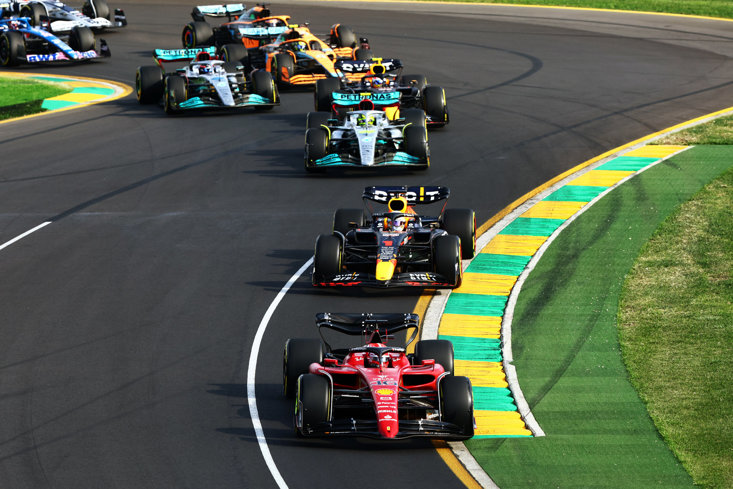 Carlos Sainz will also not be leaving anytime soon. He also signed a two-year contract extension with Ferrari back in April, before emerging victorious in the British Grand Prix in dramatic circumstances and finally getting a career win on his record.

In the driver academy, Mick Schumacher recently walked away from being represented by the Prancing Horse, choosing to go solo from this point onwards, opening up his options away from teams with Ferrari engines.

Sir Lewis Hamilton remains the highest earner in the sport, but the last time he signed a contract was back in 2021. He extended his one-year deal with another two years, meaning that next season could be his last at Mercedes, and he would be 39 if he was to continue the following season. Unfortunately, retirement is inevitable for everyone, but Hamilton will likely want to stay for another few seasons.

George Russell’s first contract with Mercedes is also a two-year deal that started at the beginning of this season. All will remain the same for Toto Wolff’s team, but decisions will need to be made regarding the two drivers next season.

Russell is likely to become the face of Mercedes going forward and changes at this stage are unlikely.

There is only one driver confirmed for next season at Alpine, and that is Frenchman Esteban Ocon. He signed with Renault back in 2019, but has since extended his deal by another three years last season. The long-term project for Alpine is focused around Ocon, and their hunt for a second driver is pretty much an open race. 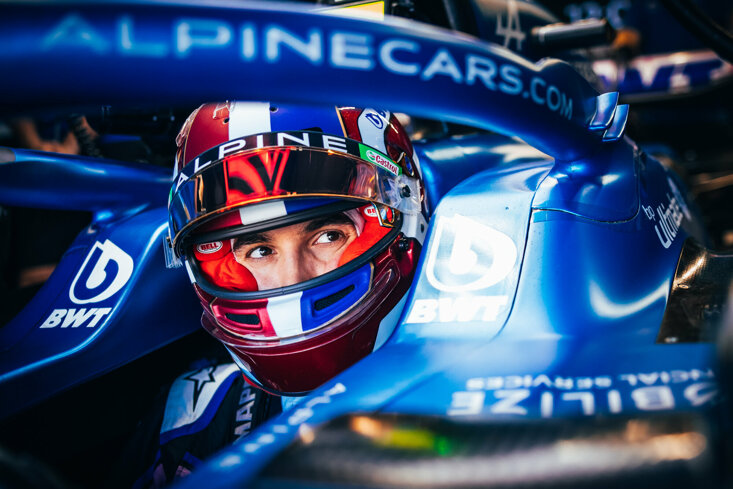 The leading contender for the seat at the time of writing is AlphaTauri’s Pierre Gasly. Another Frenchman that helps the Alpine brand, Gasly seems like a no-brainer at this point, but as we all know, contract negotiations in F1 can change in a blink of an eye.

Another potential candidate is McLaren’s Daniel Ricciardo. He’s out of contract at the end of the season, he’s worked with the French team before and a new team principal means that it won’t be an awkward reunion should he make the return. He fits the bill as an experienced driver replacement for Fernando Alonso, but it might not be the most ambitious move Alpine could make.

Nick de Vries and Jack Doohan are reportedly testing the 2021 Alpine car this week too, with Alpine keeping their options open.

Zak Brown certainly has his ducks in a row. Despite the ordeal during the summer break with Alpine over young driver Oscar Piastri, McLaren have managed to secure their F2 champion going into next season.

The contract recognition board ruled in favour of McLaren last week and within minutes the official McLaren Twitter account confirmed that Piastri will be driving in papaya orange next year, alongside Lando Norris.

Norris won’t be going anywhere anytime soon too, with his contract due to end in 2026 - the longest running contract in F1 at the time.

Italian-Swiss giants Alfa Romeo-Sauber are at the dawn of a new era. Audi are set to take over from Alfa in the coming years, and that change sees long-term investors Sauber get themselves their own power units, no longer needing to depend on a Ferrari engine.

Besides their cars, their drivers have changed massively. Valtteri Bottas joined at the start of this season on a ‘multi-year’ contract. He’s not leaving anytime soon, but his teammate Guanyu Zhou, who also debuted in red and white this season, was only on a short-term contract of one year.

The more the season goes on, the more unlikely it is that Zhou will have a new contract for next season. He has been impressive this season, collecting six points in his debut year. His unfortunate first turn crash in Silverstone dominated the headlines, but should he return to another sport, it would be a shame to see him exit F1 entirely.

Team boss Frederic Vasseur said that a decision would be made at the end of September, and the team has teased an announcement coming on 27th September. It’s expected that it would be a Zhou announcement, but we’ll wait and see before confirming anything!

Kevin Magnussen is signed up for another few seasons with his old friend Gunther Steiner, but Mick Schumacher’s future remains up in the air. 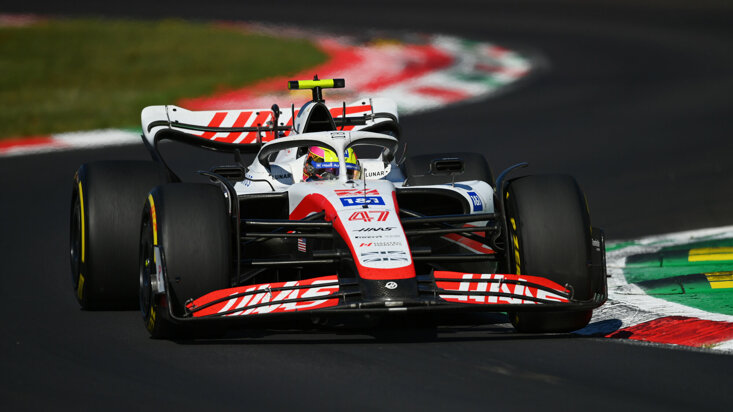 Like Alfa Romeo, a decision is expected to be made this month too, with Schumacher potentially no longer protected by his status as a Ferrari academy driver since he abandoned that route in the summer break to keep his options open.

Other candidates for Haas include the aforementioned Daniel Ricciardo, who’s name would be a major coup for the only American constructor. Antonio Giovinazzi also managed to get some time on the track for Haas at Monza as he took over FP1 in the place of Schumacher.

As we mentioned earlier, Yuki Tsunoda’s future is safe and confirmed for next season, with the Japanese ‘pocket rocket’ driving on for AlphaTauri next season. Pierre Gasly on the other hand, has reportedly found an agreement to become the next Alpine driver, on the condition that AlphaTauri find and hire a suitable replacement before he leaves.

That replacement is set to be the youngest ever Indycar series winner, 22-year-old Colton Herta. The issue is that the young American doesn’t have enough points to acquire an FIA Superlicense that you need to drive in F1, however outings in free practice for AlphaTauri may provide him with enough to find a loophole or qualify with enough points for the license.

Despite having a rough season, Aston Martin will leave the 2022 season with optimism. New investment from Saudi Arabia into the brand will give a bit of freedom in terms of budgeting, and the arrival of two-time champion Fernando Alonso to replace the retiring veteran in Sebastian Vettel was timed to perfection.

Lance Stroll will have a seat for as long as his dad owns Aston Martin, and has collected some valuable data throughout the season as he’s battled around the 10th spot for a lot of the season. 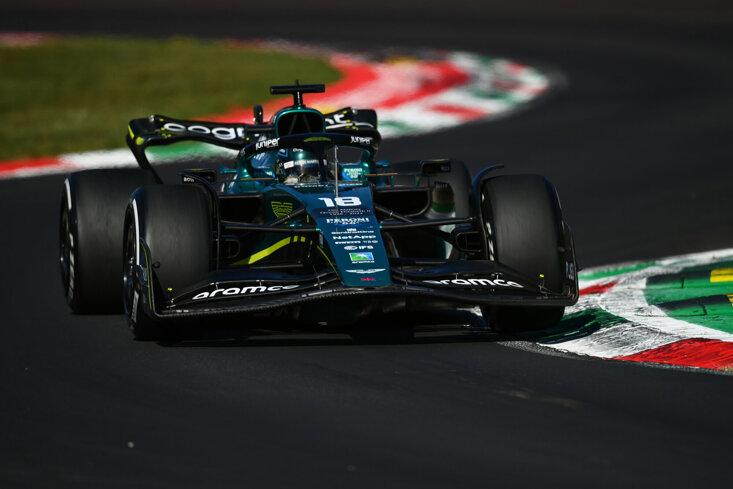 F2 2022 champion Felipe Drugovich has signed with Aston Martin as a development driver as well.

One driver at Williams has also confirmed their future, with Alex Albon signing on for another two years earlier in the season. Nicholas Latifi on the other hand remains a man in danger of falling out of the grid permanently. Another season without a point, Latifi was shown up after Nick de Vries replaced an appendicitis-stricken Alex Albon, and went on to claim two points from a ninth-placed finish.

De Vries is a man on fire, with five teams reportedly interested in the Dutchman’s signature after representing Mercedes, Aston Martin and now Williams throughout different stages of the season. He’s also test-driven for Alpine, and his immediate success in the bottom-placed team’s car is a great sign for his future in F1. Williams will be desperate to tie him down if they can, and rightly so.