Snooker
News
The 30-year-old Scot is flying the flag for his nation at the UK Championship today
Hector Nunns
13:48, 03 Dec 2021

Anthony McGill admits he is still haunted by a terrifying car accident that saw the Scot cheat death on the way home from a snooker tournament.

The 30-year-old from Glasgow is flying the flag for his nation at the UK Championship today after equalling a best previous run at the season's first major. But world No15 McGill, in quarter-final action at the York Barbican, has only just revealed the full horror of a smash driving home in dreadful conditions last season.

With so many tour tournaments staged in England or Wales the travelling burden is heavy on the Scottish players. And as a result McGill is now far more cautious on motorways especially in heavy rain and snow after writing off a VW Golf and giving himself an almighty scare.

The two-time ranking event winner, looking to land a first Triple Crown success, said: "I was in a car crash - and I should have died really.

"I had lost to Mark Selby and was driving home to Glasgow that night from Milton Keynes...but smashed it up at 95 mph after hitting a puddle on the motorway and aqua-planing.

"Ever since then I have just been sh*tting myself from all the travelling, especially driving in bad weather.

"That was why I didn't want to be a reserve for the Masters earlier this year, it was shortly after the crash and the weather was so bad I didn't want to do it just in the hope I might get to play.

"Even now I am really scared driving, but incredibly I came out with just a few scratches on my hand. 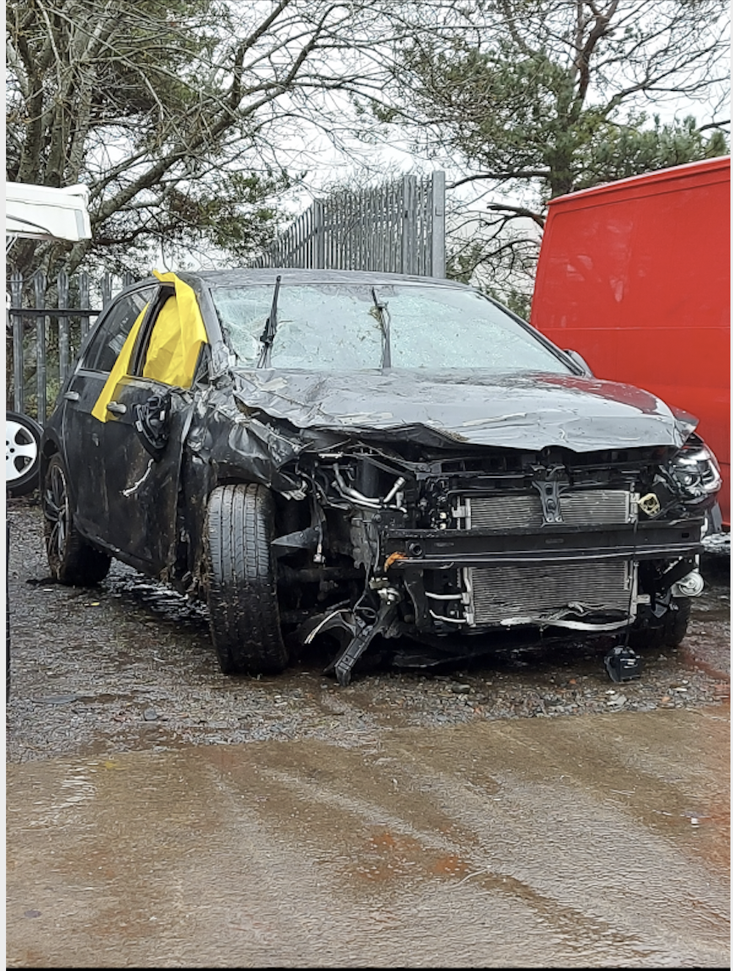 "It's hard to believe looking at the car I came out alive, let alone a few scratches. It was a Golf before that crash, but it was a total write-off. I should have been a write-off as well, really.

"I still feel fine driving in good weather, I just used to be maybe a bit careless when it was raining, and now I take it a lot easier.

"York should be a three-hour drive for me, but I took six because it was bad weather and I was going so slowly."

McGill has also been inspired by practice partner John Higgins - and started spinning classes to get fitter.

And he is also relishing the prospect of a high-profile match on a big stage in front of a packed crowd.

He added: "I have lost a bit of weight, only about half a stone. I go by myself, as I don't want to cramp John's style!

"But I am looking forward to the quarter-finals. As I have shown at the Crucible I play some of my best snooker on the biggest stages - it's usually getting there that is the problem."