Snooker
News
The promoter has confirmed he is keen to progress the sport in Sheffield
Hector Nunns
15:30, 20 Apr 2022

Barry Hearn has sensationally revealed that World Snooker Tour are currently in discussions with Sheffield City Council to build a ‘new Crucible’ with a much larger capacity of 2,500-3,000.

The success of the invitational Masters event for only the top 16 players at Alexandra Palace in London, with more fans able to get in and more hospitality facilities, has put extra pressure on the blue-riband tournament.

Now Hearn, the former chairman and still president of parent company Matchroom, wants to put money into constructing a new venue – as long as there is some public money and ideally central government cash put into the venture.

However, there was also a veiled threat that if help was not forthcoming then a move from the game’s spiritual home - hosting the current Betfred World Championship - to another city could be considered.

But promoter Hearn has a strong emotional attachment to both the venue and the Steel City and would hugely prefer to keep the biggest tournament in south Yorkshire, where the deal with the city currently runs to 2027.

Former champion Neil Robertson, who as a tall man has never liked the tight arena when there is a dividing partition between two tables up until the semi-finals, suggested building another smaller venue and sharing the event over both – but Hearn wants something on a bigger scale.

Hearn said: “A lot of people have been quite public about do we need to go to a bigger venue. I can understand it is quite cramped at the Crucible, especially with a two-table set-up.

“Of course, the demand for tickets means a lot of people don’t get to tick their box of bucket list wishes and get to the Crucible. We have an agreement with Sheffield Council for the next few years to stay here. That, of course, will be honoured and from my personal point of view, I have always made it quite clear that while I am alive I want snooker to stay in Sheffield.

“I think we are synonymous with Sheffield, the history we have created at the Crucible is without doubt, a very important part of the brand of snooker. So, we will look at it and say, what is to do? Do we carry on as we are?

“Well, we can do. But we are in early-stage talks at the moment with Sheffield Council, we have both done so well out of this event. There have been billions of pounds of investment have come into Sheffield. Why don’t we look at perhaps building a new Crucible in Sheffield? So we don’t have to think about going anywhere else but we don’t lose the history or the name of the Crucible.

“That is early stages but I think it makes a lot of sense for everybody. So maybe a 2,500-seater venue instead of 900, which we know we will filled up every time. And maybe a little bit more space on the playing arena so we are not quite so crowded. I think it is worth it. Again, it cost a lot of money. It is a conversation we are having at the moment. 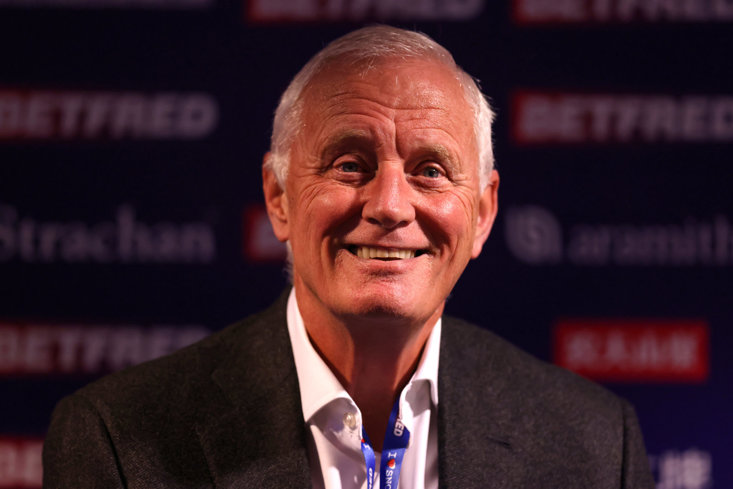 “What you can do is put pressure on people like Sheffield council and say ‘You have these years to go and we’d like to stay. But don’t you think it might be a good idea to build a new Crucible in Sheffield with 2,500 seats? You imply that if they don’t think that is a good idea, they risk losing this great and historic event that brings in billions in investment into the city and the area.

“They have got some very progressive people here in Sheffield. Over the last 30 years they have rebuilt a city here from the old coal mining and steel city days to a high-tech top-end city centre with huge investment. Richard Caborn is very impressive, the ex-Minister of Sport. He has really got Sheffield in his heart. I am not getting carried away with it, I know it is a tough one. It all starts with the first conversation and it ends when we open the doors to a magnificent new Crucible.

“In the big picture nicking another £1million on the gate money with a bigger venue elsewhere is two-bob. The ticket sales are currently £2.5million. It could be £5million…an extra £2.5m – but what am I losing if I did that by moving from Sheffield? Am I devaluing my brand? And maybe I should be concentrating on new broadcast deals, which we are. The big money in sport is in TV.

“But if there are 2,500 seats that is even more people coming to Sheffield spending more money in the local economy. You keep the brand, and copy the building. It is tiny money in the bigger picture, using your brain and asking where you really want to be in five years’ time.”