The Betfred Super League season will begin without scrums following confirmation from the RFL board of the new guideline for 2021.

Scrums were initially removed from the British game for the remainder of the 2020 campaign when rugby league resumed last August for a truncated end to the Super League season, due to the need to reduce potential contact between players due to the Covid-19 pandemic.

And with this winter’s increase in coronavirus cases continuing to be of great concern, it has been announced that scrums will remain outlawed for the time being.

“The situation will be kept under review, and the hope is that the emergency law will be removed, and that scrums will return, before the end of the 2021 season,” said the RFL statement confirming the change, which will also be implemented in the Betfred Championship and Betfred League 1.

Handovers will once again replace the traditional restart after handling errors and kicks to touch, but with international rules retaining scrums there is a desire to return to the regular laws in advance of the autumn’s Rugby League World Cup. One change to last season’s temporary measure sees the application of a shot clock removed on restart play-the-balls in the hope of cutting down on dead time. 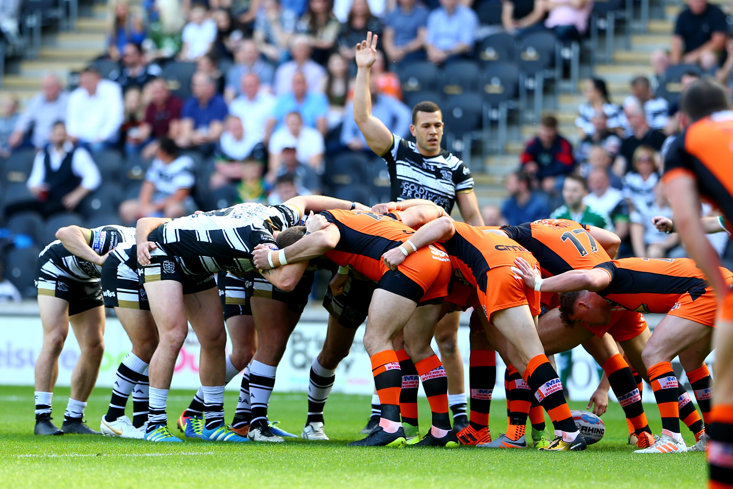 In total, six changes have been applied to the RFL laws across all three professional leagues and the Challenge Cup, with the most extreme being the addition of a 20/40 kick rule similar to the current 40/20 law. This will allow teams to find touch, other than on the full, from within 20 metres of their own line to within 40 metres of the opposite try line and be rewarded with a tap restart.

Another amendment will see a handover of possession when players fail to make a genuine attempt to play the ball with the foot where previously a penalty would have been awarded.

The Betfred Super League season is due to get underway on 25 March, with St Helens looking to defend their crown following their dramatic final-play win in last year's Grand Final against Wigan Warriors.