John Virgo celebrates his 76th birthday doing the thing for which he has become more famous than his professional snooker-playing career and even hit TV show Big Break – calling the action with insight and humour from the inside of a tight commentary box for the BBC, this time at the Welsh Open at the International Convention Centre at the Celtic Manor Resort in Newport.

Virgo was born in working-class Salford in 1946, a contemporary of Betfred founder and chairman Fred Done. And from his father, he inherited twin lifelong loves - of football, specifically Manchester United - and of horse racing. The snooker, Virgo had to find for himself.

Before eventually turning professional at 30 in 1976 he just about held down jobs while honing skills in snooker halls, playing in tournaments and playing exhibitions and money matches. The life of a professional was rather different to now – but the hard yards Virgo put in supplementing his income with life in front of the public stood him in very good stead for what was to follow.

He said: “The reality was then there was the World Championship, plus the Masters, Pot Black, and the Pontin’s. So snooker players had to boost their income by doing exhibitions at the holiday camps. I was delighted with a contract for a whole summer at Butlin’s for £150 a week. At Skegness the snooker room had 30 tables and 36 table tennis tables. Playing a shot, invariably I got hit by a ping pong ball.” 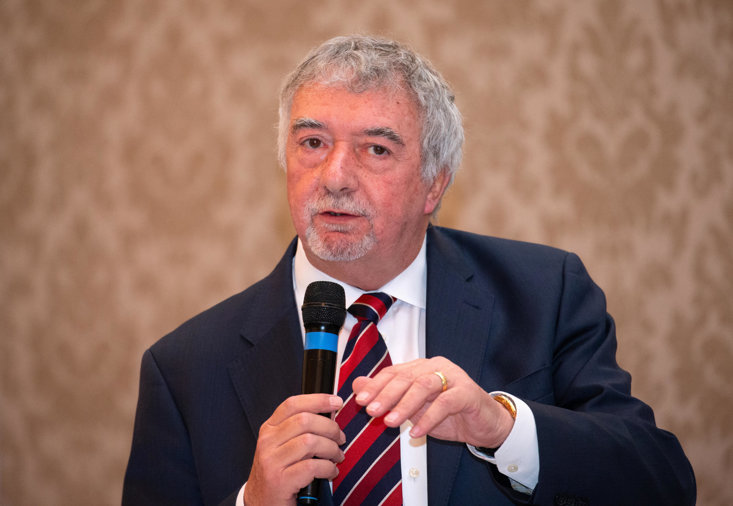 Undoubtedly Virgo’s greatest success as a player, the one for which he is still introduced more than 40 years later by MC Rob Walker when taking his place in the booth, came at the UK Championship in Preston in 1979 – but that was not without drama, and described as “both the best and worst day of my life” by the man himself.

Going into the last session of the final Virgo led reigning world champion Terry Griffiths 11-7, and in the best-of-27 frame showpiece looked almost home and hosed. But at 11.50am he got the call from the tournament director asking simply: “Where are you?” The finale was due to start at 12pm, and not as 1.45pm as for the rest of the event – and Virgo was in a hotel 10 miles away.

He was docked two frames for being late, but somehow Virgo recovered his poise to win 14-13. But not before the BBC camera operators had gone on strike during the 24th frame – meaning there was no one watching live, or any clips or footage of the moment of glory.

In addition to what he was doing on the table, Virgo’s reputation for his exhibition routines mimicking and taking off the idiosyncrasies and arena mannerisms of his tour rivals – notably Alex Higgins and Ray Reardon – was spreading.

And that was a factor behind him being selected to co-present the snooker based game show Big Break with comedian Jim Davidson on the BBC, a programme featuring contestants and guest professionals, and one that enjoyed spectacular success for 11 years with audiences of up to 14million. 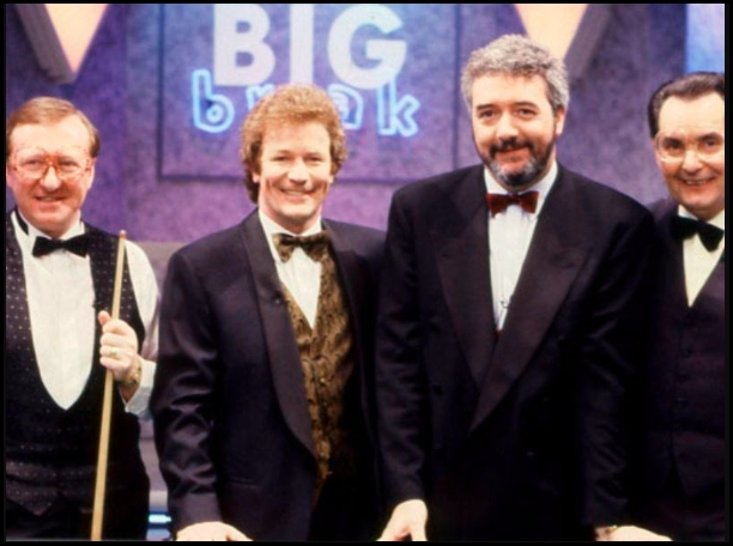 Virgo readily admits that ‘Whispering’ Ted Lowe was his commentating mentor and inspiration, although the excitable catch-phrase ‘Where’s the cue ball going?’ as the white heads vaguely in the vicinity of a pocket is all his own work, and about as close as snooker coverage gets to Chris Kamara’s delivery on Sky Sports.

And Virgo, a long-time member of the commentary golf set along with Dennis Taylor, Willie Thorne, John Parrott, Ken Doherty and Stephen Hendry, has also always been a huge admirer of Ronnie O’Sullivan for his natural ability and innate desire to entertain – the latter being a trait the pair certainly share. He has called the Rocket the “greatest sportsman Britain has ever produced”.

Virgo’s big and engaging personality ensured that even one of the trickier moments in his BBC commentary career, in theory a somewhat embarrassing incident, probably in actual fact only enhanced his reputation for throwaway lines and natural wit with fans and viewers.

The 2016 Betfred World Championship semi-final between Mark Selby and Marco Fu had become to put it mildly a little bogged down, and one frame during the BBC’s Saturday afternoon live broadcast eventually ran on to what would become an infamous, Crucible-record 76 minutes. Selby would go on to beat first Fu, and then Ding Junhui in the final for a second world title.

Though technically off-mic and safe, somehow Virgo was heard saying: “I wanted to watch a bit of racing this afternoon – at this rate I'll be lucky to watch some f****** Match of the Day’.

It earned Virgo some unwanted publicity and an awkward conversation with Graham Fry, the managing director of IMG, long-time producers of the snooker coverage for the BBC.

Fry, confirming the popular Virgo would continue to work at the tournament, admitted he had been spoken to about the incident. He said: “It was a mistake and I've spoken to John about it. He's embarrassed and apologetic.”

However the reaction on social media was rather different, with fans and viewers queuing up to say Virgo had simply said what everyone else was thinking, that the incident was “hilarious”, and that the man himself was a “legend”.

Speaking to the Talking Snooker podcast earlier this season, Virgo said this year’s Crucible knees-up would almost certainly be his last with the BBC set to let him go. He said: “I think they’re probably looking for people who are more in touch with the modern day player – but I’m not criticising the decision, I know nothing lasts for ever.”

Virgo has been a huge and much valued and appreciated part of the viewing experience for snooker fans for decades, and if he does appear at this year’s World Championship and if as he suspects it is his last at the mic, then he will go with a barrow-load of good wishes from all in the game.