Three decades after turning professional together and a full 28 years on from their first-ever pro meeting, John Higgins and Ronnie O’Sullivan are back in opposite corners on Thursday as they face off in the Betfred World Snooker Championship semi-final at the Crucible Theatre in Sheffield.

Theirs is a friendly rivalry, full of respect, but it is one which has enraptured snooker fans for as long as most of us can remember. They have faced off 76 times, with Ronnie up 38-35 in the head-to-head, while there are only five frames between them in total out of the 799 they have contested, O’Sullivan leading 402-397 in that category.

But what about the other great sporting rivalries between individuals whose tete-a-tetes have become the focal point of their disciplines?

They’ve competed in 18 finals, 13 semi-finals and 24 quarter-finals and between them have combined for 10 World Championship successes. Their respective ability to play well into their forties, along with fellow Class of ’92 graduate Mark Williams, have put a whole different complexion on the sport.

Higgins and O’Sullivan remain two of the more popular characters in the sport, and on Thursday they begin their first meeting at the World Championship since 2011. Astonishingly, Ronnie’s last win over Higgins at the Crucible came in their only final clash in the event back in 2001 when the Essex native bagged his first of six world crowns. He’ll have to beat the Wizard of Wishaw again this weekend if he wants to make it seven.

The feud between the two American golfers began back in January 2019, when Brooks Koepka went on a mini-rant after his round, saying “I just don’t understand how it takes a minute and 20 seconds to hit a golf ball; it’s not that hard.”

Videos followed of Bryson’s increasingly laboured stroke play, including a three-minute 70-yard pitch. It led DeChambeau to go on the defensive, confronting Koepka’s caddy on the practice green and telling him to pass on the message that if he has “something to say, say it to my face”.

Bryson later criticised Brooks’ physique, and Koepka was interrupted by DeChambeau’s spiked shoes clanking on the floor midway through an interview, causing him to lose his thought and a now-infamous eye roll followed.

Eventually, we were treated to ‘The Match’ as the pair faced off in Las Vegas, Koepka putting Bryson to the sword with a 4-and-3 win. It all seemed in good spirits, but when asked at the end of the broadcast whether Koepka wanted to play with DeChambeau more often, he simply replied, “Nah, I’m good.” This won’t end any time soon. 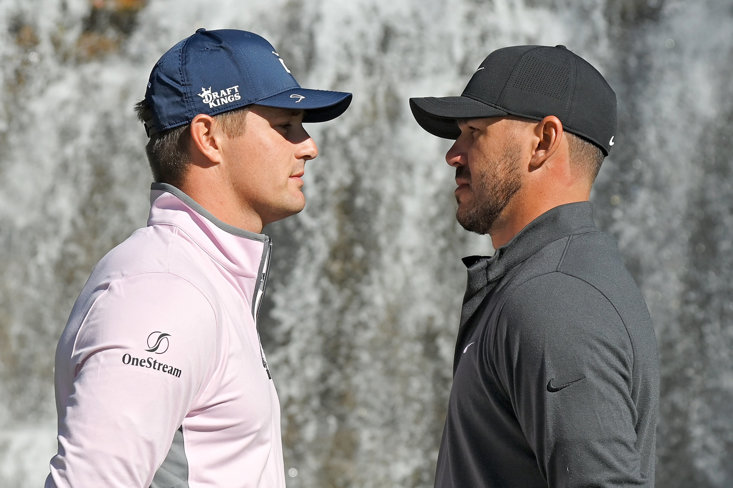 THERE IS NO LOVE LOST BETWEEN DECHAMBEAU (LEFT) AND KOEPKA

A pair of 12-0 records, but a hell of a lot more besides, Claressa Shields against Savannah Marshall is women’s boxing’s blockbuster rivalry with a genuine animosity for each other driving them towards a mouth-watering unification bout which has been a decade in the making.

Shields is known as the GWOAT (Greatest Woman of All Time), boasts the WBA, WBC, IBF and The Ring titles and is undoubtedly one of the most talented fighters to lace up a pair of gloves in recent memory, winning two Olympic golds along the way. But the only woman to beat her in 90 bouts in her amateur and professional lifetime combined? That’s Marshall, back in their unpaid days in 2012.

“There’s no one else in the way between me and Claressa, so it’s me and Claressa in the summer,” Marshall told Sky Sports recently. We can’t wait to see this match-up finally make it into the pro ring.

These two currently sit at 41st and fourth respectively in the ATP rankings but this is a duel which dominated the top end of the sport for years. Federer took the men’s game to a whole new level. Nadal made it his business to match the Swiss stride for stride.

Federer tops the charts for men’s singles successes at Wimbledon with eight and the US Open with five, while Nadal has smashed the French Open to smithereens with his 13 wins. Federer was the first man ever to reach 20 Grand Slam titles, but Nadal became the first to a new high of 21 earlier this year at the Australian Open.

The pair won 23 of 26 available Grand Slams between them from 2004 to 2010 such was their outright dominance at that time, and while the epic 2008 Wimbledon final was the peak of their battles, even now there is something special about a Federer v Nadal match-up whether it’s in a Grand Slam final or a World Tour 250 event. 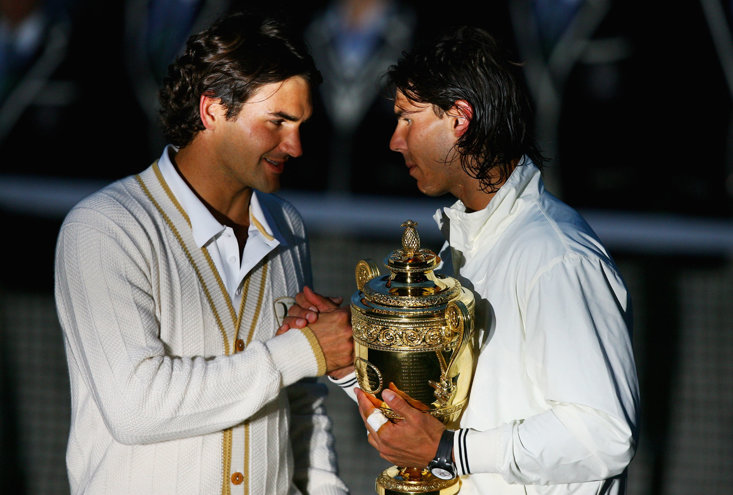 They might play in a team sport, but Lionel Messi and Cristiano Ronaldo have – here comes that word again – transcended football over the past decade and a half. It feels like half of the internet is dedicated to Messi v Ronaldo arguments. You have to be one or the other, there is no grey area.

Messi has 789 career goals but Ronaldo has a world-record 811. Ronaldo has 31 winners medals for club and country but Messi has 36. The arguments are endless, the achievements seemingly even more exhaustive. Football has never had two players dominate in such a way, and while the pair have never been the best of friends they have each accepted that the other has driven them to new heights for years.

Senna v Prost, Hunt v Lauda, Schumacher v Hill, Mansell v Piquet… Formula One history has been littered with some of the greatest head-to-heads in sport but it might just have reached its peak in the last few years as Lewis Hamilton and Max Verstappen have taken their battle to a whole new level.

Neither is prone to backing down, making for multiple intense battles, and Red Bull’s return to prominence in 2021 made for one of the greatest title races in living memory as the to and fro of the tussle went right down to a controversial, heavily-protested final lap in Abu Dhabi.

That came after a year full of collisions, complaints and increasing contempt for one another, and while Hamilton and Mercedes’ levels have dropped somewhat in 2022 thus far, there should be plenty more stories to tell in this particular rivalry.