When a Canberra Raiders side featuring four Englishmen reaches a play-off semi-final, you know it is a season to remember.

When that semi-final involves facing Sam, Tom and George Burgess in a South Sydney outfit coached by Great Britain boss Wayne Bennett, it really is the stuff of fairytales.

Yet that is exactly what we have got at a 25,000 sold-out GIO Stadium on Friday in what is being billed as a 'Battle of Britain'.

England forward John Bateman, whose late try clinched a dramatic win at Melbourne Storm in the previous round of the play-offs, has enjoyed an outstanding debut season at Canberra alongside fellow Englishmen Elliott Whitehead, Josh Hodgson and Ryan Sutton.

His 80-minute performances for Ricky Stuart’s men have catapulted him into contention for the coveted Dally M, awarded to the NRL's best player.

Looking ahead to Friday’s mouthwatering showdown, Bateman told The Sportsman: “To potentially have seven Englishmen all playing in one game of such magnitude in the NRL is fantastic and shows the talent we are producing back home.

“I didn’t get chance to play against Souths earlier season because of injury, so I’m pretty excited about this week.

“I'm good friends with the Burgess boys and spoke to Sam after Souths beat Manly last week; I congratulated him and said ‘see you next Friday’.

“Yes, it’s been a fantastic year personally but I’d give away any individual honours to win the next two games and lift that NRL trophy.

“Canberra as a city is absolutely buzzing and hopefully we can use that energy on the field on Friday night.”

Having seven Englishmen play a part would set a new record and is an intriguing sub-plot, but Bateman is a good story in his own right.

Told aged 15 he was to become a father, Bateman was inspired by daughter Millie's arrival and rapidly emerged as the best young prospect in Super League with hometown club Bradford.

He then spent five years at Wigan, winning two Super League titles before snubbing a host of NRL clubs, including Souths, to join the revolution at the Raiders at the end of last season. 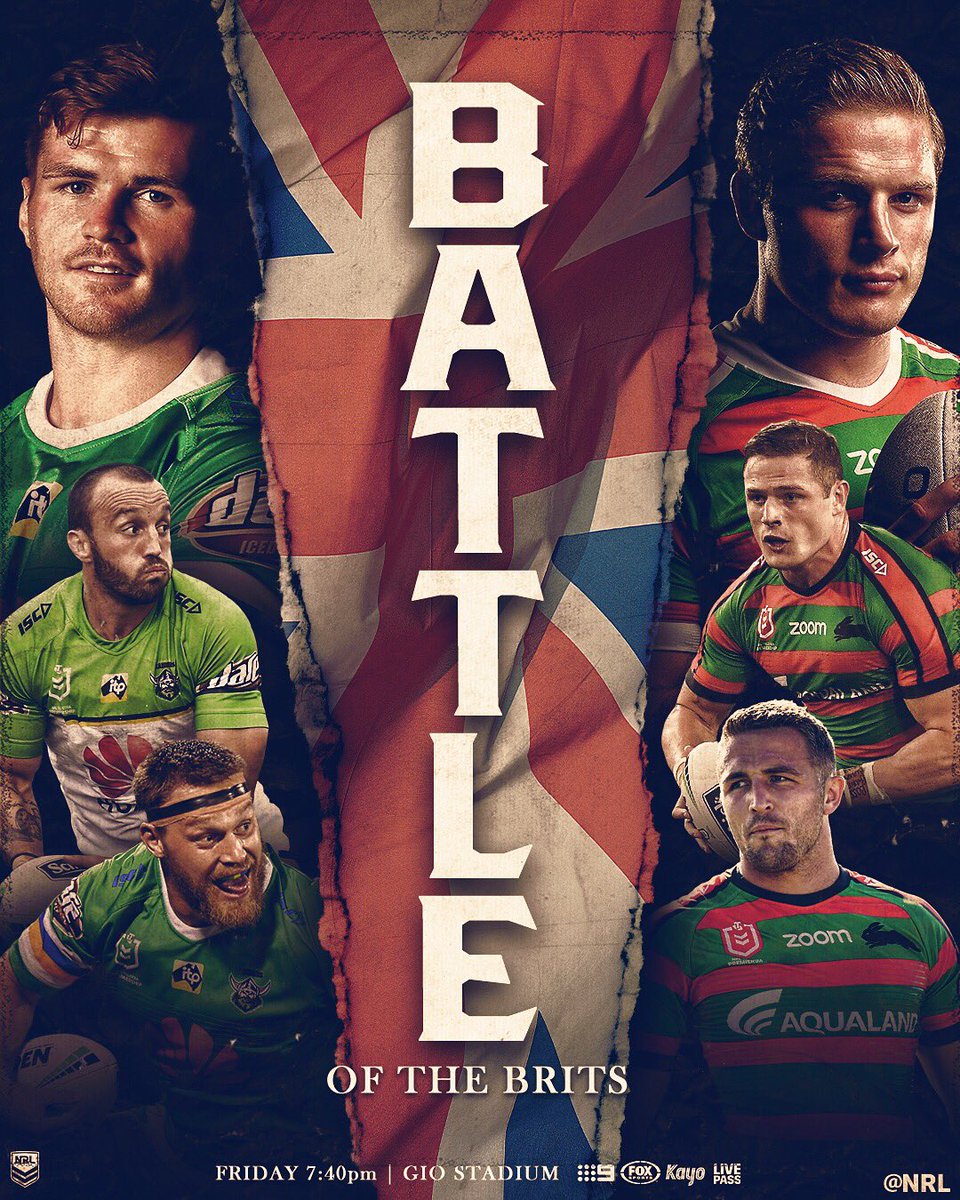 “I always thought that if I had a decent pre-season then I would go pretty well,” reasons the Yorkshireman.

“That’s what I wanted to do and I’ve never really had a proper pre-season with playing internationals for England. But you get a good couple of months over here before the season starts and that allowed me to do some good running and weights.

“I’m pretty confident in my ability to play rugby but, don’t get me wrong, I didn’t expect to settle in as quickly as I did.

“It’s a similar culture to Wigan where you need to be on top of your game at all times. We have players who were literally born to win and won’t accept anything else.”

Bateman, who will be joined at Canberra by England team-mate George Williams next season, has grown accustomed to being stopped in the street for autographs and pictures.

He compares the interest in rugby league in Australia to Premier League football in England, adding: “At times it can be a bit full-on, but it’s everywhere and everyone is always talking about the game and wanting to know what’s going on.

“When I first got here, I went out and no-one really recognised me.

“Now, though, I’m getting spotted in the street and being asked for my autograph and to have my picture taken with fans.

“I’m 29 hours from home on the other side of the world, so it’s pretty surreal. Even more so after we won at Melbourne, I’m getting stopped more and more.

“People in Canberra are really getting behind us, which is great. You just enjoy the ride don’t you?”

Regardless of whether Canberra reach their first final since 1994, Bateman’s star should continue to rise.

He will play under Bennett, winner of seven NRL titles during his legendary coaching career, for Great Britain during their forthcoming tour of New Zealand and Papua New Guinea. 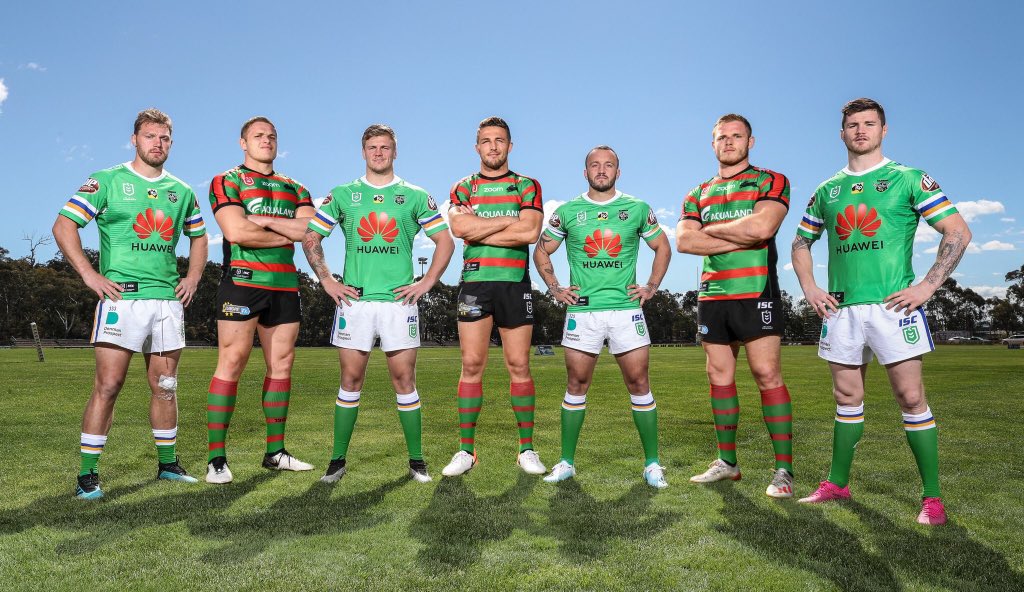 27
251
More
rugby
Why Rugby League Is Desperate For Government Help Amid Coronavirus...
On Sunday, rugby league had a rare moment in the spotlight. With no football on, Sky Sports invited [ ... ]
rugby
Book Review: Rory Best - My Autobiography
The last few years have been among the sunniest in the Ireland rugby team’s history. Yet [ ... ]
rugby
Eyewatering! 857 Million People Across The Globe Tuned In To...
Approximately 200 years ago, the world’s population was estimated at around 800 million people.  [ ... ]
rugby
Eddie Jones Admits ''I Don't Enjoy Coaching'' As Talks Linger...
Eddie Jones was not giving anything away when asked about his England future but did admit he doesn’t [ ... ]
rugby
New Look Wales Are Vulnerable To England's Intelligent Six Nations...
It’s no secret that, on their day, England have a power game to match most teams in world rugby. [ ... ]
rugby
Eddie Jones Is Determined To Squeeze Every Last Drop Out Of...
Eddie Jones’ team selection for England v Ireland got a lot of headlines, with five locks and [ ... ]
rugby
Huge Fall In Concussions At Rugby World Cup After Successful...
Rugby’s new high-tackle rule saw a huge decrease in concussion incidents at last year’s [ ... ]
rugby
England Channelled Their Inner Tyson Fury To Pummel Ireland...
Onslaught. According to the Oxford English Dictionary, the definition is: “an onset, assault, [ ... ]
rugby
Six Nations 2020: The Recent History Of England And Ireland's...
In a tournament packed with fierce and historic rivalries, England vs Ireland is a doozy. The history [ ... ]
rugby
Six Nations 2020: Can Wales' Defence Be The Difference Vs Recent...
Two nations once renowned for the flair have, in recent years, been written about for rather different [ ... ]
rugby
Six Nations 2020: Italy And Scotland Fight To Avoid The Wooden...
The match between Italy and Scotland has often been dubbed “the battle for the wooden spoon” [ ... ]
rugby
Russell Vs Townsend Is The Talk Of The Six Nations But What's...
Forget the Le Crunch, Calcutta Cup, England vs Wales, and the battle for the wooden spoon. This Six [ ... ]
rugby
Huw Jones: How A Sleepless Night Was The Making Of The Scotland...
It was a stranger’s bout of insomnia which brought Huw Jones to live out his Six Nations dream. [ ... ]
rugby
Eddie Jones Turns Defeat Into Victory With His Very Own Six...
It ended up being a threat more than a promise, but Eddie Jones' decision to name six forwards on [ ... ]
rugby
Owen Farrell Is A Leader Of Men - But Is He The Best Man To...
Alun-Wyn Jones has always been a leader. Ask anyone. But, for years, the softly spoken Sam Warburton [ ... ]
rugby
Meet The Englishman Teaching France To Play Like Wales In The...
It was in the home coaching box of the Stade de France that Shaun Edwards found himself on Sunday afternoon [ ... ]
rugby
Shaun Wane: A Proud Englishman And The Perfect Leader Of A New...
In appointing Shaun Wane as head coach, England’s rugby league team have injected everything that [ ... ]
rugby
Six Nations Big Questions - Why Do Italian Rugby Fans Keep Coming...
Here’s a stat for you - Italy have played 98 games in the Six Nations since they joined in [ ... ]
rugby
Six Nations Gamechanger - Amazon Launch The Most In-Depth Live...
Ever wanted to know the likelihood of a fly-half making a conversion or see just how effective your [ ... ]
rugby
''Absolutely Outstanding'' - Eddie Jones On That Time Fergie...
England head coach Eddie Jones has revealed to the England Rugby Podcast: O2 Inside Line exactly what [ ... ]
rugby
Six Nations 2020: Is It Time To Limit The Number Of Subs In...
In the run-up to the Six Nations this week, Nigel Owens has added his Welsh lilt to the growing [ ... ]
rugby
34 Players, 11 Different Clubs, 8 New Caps - Eddie Jones' Six...
Eddie Jones has named his England squad for this year’s Six Nations with 10 absentees from last [ ... ]
rugby
Book Review - Pride And Passion By Warren Gatland
Halfway through this meaty autobiography, Warren Gatland, a confident and successful individual, comes [ ... ]
rugby
How Greece Beat Their Own Government To Set Up England World...
Under the cover of darkness, the coaches slipped away from the hotel with the passengers on-board unaware [ ... ]
rugby
Inspirational Captain Kolisi Takes Top Rugby Writer's Accolade...
The Rugby Union Writers’ Club has awarded one of their highest accolades to South Africa’s [ ... ]
rugby
New Coach Warburton Calls for ''Cool Heads'' From Six Nations...
Sam Warburton hung up his boots at the age of 29 and is now immersing himself in the world of coaching. [ ... ]
rugby
Sinfield Blown Away As Sell-Out Crowd Celebrates Rugby League...
Former Leeds Rhinos and England captain Kevin Sinfield has hailed the “unbelievable" show [ ... ]
rugby
Oops! These Are The Clumsiest Players And Teams Lining Up For...
The Six Nations is less than a month away as England, Ireland, Wales, Scotland, France and Italy gear [ ... ]
rugby
Book Review - Rugby: Talking a Good Game
Ian Robertson, the former BBC rugby commentator and one of its last distinctive voices of sport, left [ ... ]
rugby
''Many Things Went Very Well'' Claims GB Chief After Lions Tour...
The chief of UK rugby league has stunned Great Britain supporters by claiming “many, many things [ ... ]
This website uses cookies
Cookies help us and our partners provide statistics. By browsing this website, you consent to the use of cookies in accordance with our Privacy Policy and Cookies Policy.
Accept & Close