Snooker
News
Allen insists ‘the game is bigger than any one individual or scandal' following the biggest corruption investigation in snooker history
Hector Nunns
20:00, 20 Jan 2023

Mark Allen admits it would be "devastating" for snooker if major sponsors pulled out due to the ongoing match-fixing turmoil.

But player of the season Allen, 36, is confident that charging 10 players with corruption offences is the best evidence the governing body is hell-bent on rooting out wrongdoing.

And while recent UK Championship winner Allen knows the current headlines are very damaging, the Northern Irishman reckons the sport will emerge stronger and cleaner in the longer term.

It is understood one potential sponsor withdrew their interest in getting involved in recent weeks, as the suspensions for the 10 Chinese players started to kick in. A hearing is expected in March.

Allen said: "It is perhaps understandable that a sponsor might pull out with all this going on at the moment. I was chatting about this the other day with someone. And if I was a bookmakers and there were players charged with alleged match-fixing, I might think about getting involved.

"Jason Ferguson, the chairman of the WPBSA, said himself the other day there is going to be short-term damage.

"But ultimately the game will survive. And in a few years' time whatever the result of the hearing, we will not have forgotten what happened but the game will have moved on with bigger sponsors and prize money.

"The game is bigger than any one individual or scandal. It's not ideal, but the sport will get through it.

"Look, of course you don't want major existing sponsors having questions. It has been bad enough on prize money with Covid and losing the China events for three years.

"It would be terrible if we lost more events or sponsors on the back of this - devastating. We don't know what's round the corner and I really hope that doesn't happen. But it will grow again.

"If I was in a room with a potential new sponsor I would be honest with them and say I appreciate your thinking. But I'd also say look how open and transparent and strong we have been in dealing with it. 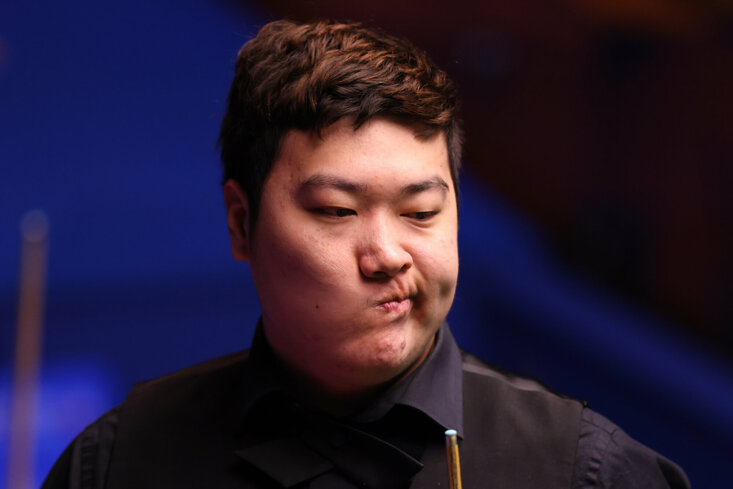 "We are doing everything to stamp it out, and we'd like to think we are a long way down the road of this never happening again."

It is understandable that both players – for whom sponsorship making up the bulk of their prize money – and certainly those running the game would have one eye out for any possible effect of the crisis on their ability to attract backers.

And arguably more so because it comes at a time when World Snooker Tour have been trying to broaden their sponsorship base from a recent core of bookmaking and gambling related companies.

Online used car retailer Cazoo are currently the biggest single sponsor in the sport, and have added the World Championships to a portfolio that already included the other two majors – the UK Championship, and the Masters – and also the British Open.

Cazoo will succeed Betfred at the Crucible, and they have big shoes to fill on that front as all within the game have appreciated what the Warrington-based bookmaker brought to the tournament – a commitment that went well beyond just financial backing.

But several of the other tournaments are still currently sponsored by bookmaking and sportsbook firms.

It is a tricky one for World Snooker. Their efforts to reduce their reliance on the gambling industry for their financial wellbeing and prize money may well be with one eye on likely future legislation by the government restricting the marketing and promotional activity of that industry. And in that sense they are understandable.

But then there is the here and now and the risk of cutting off your nose to spite your face  - and the fact remains that in recent years it is those companies that have been loyal, and also seen snooker as a good way to reach their target audience.

If it comes to a wholesale reset on sponsorship and having to go out and replace the lot, snooker has of course been down that difficult road before.

The days of the Embassy World Championship, the Benson and Hedges Masters and the Rothmans Grand Prix all came to an end with the ban on smoking sponsorship, and the Crucible tournament in 2005 was the last one to feature the tobacco manufacturer’s name.

In the midst of trying to be an attractive proposition to new non-gambling sponsors and still without the lucrative China tournaments post Covid until at least September, the thing the authorities need like a hole in the head on the issue of maintaining prize money is doubts over the integrity of the sport.

And that as much as anything explains the swift, strong and decisive action taken with the current match-fixing investigation, suspensions and charges. The 10 players - bar Liang Wenbo who insisted he was innocent of match-fixing on Chinese social media - have declined to comment. But they will have their say in the March hearing set up by an independent tribunal.

Meanwhile Allen reached a fourth final of the campaign at the World Grand Prix with a 6-1 win over Thailand's Noppon Saengkham on Friday night.

The world No5 has already won the UK and defended his Northern Ireland Open titles this season - and also got to the final of the British Open.