Snooker
News
The Pistol's career could be cut short due to off-table troubles
Shane MacDermott
23:05, 15 Nov 2021

Snooker star Mark Allen fears his career could be cut short due to off-table troubles. Allen painfully revealed he may be forced to quit the sport he so desperately loves due to issues “out of my control” at the British Open earlier this season.

‘The Pistol’ stunned those within the game when he pulled out of defending his title at this week’s illustrious Champion of Champions invitational event.

The past 18 months have been especially trying for the former Masters champion with behind-the-scenes issues understandably taking precedence. Divorce proceedings, declaring bankruptcy and maintenance disputes have all unsurprisingly taken his focus away from the green-baize game.

It was testament to the world No. 11’s character and mental strength that he lifted the coveted title last year amid his distracting personal problems. Allen beat six-time world champion Ronnie O’Sullivan in an ill-tempered quarter-final, and went on to hammer the then world No. 1 Judd Trump in the final four before ending Neil Robertson’s valiant title defence in the final for a special trophy triumph.

The 35-year-old has been one of snooker’s most colourful characters since turning pro back in 2005 and would be sorely missed on the circuit if an enforced retirement came to fruition. He has won six ranking titles and the iconic Masters but is desperate to bring a first world title back to Northern Ireland since 1985—following in the footsteps of two-time champion Alex ‘Hurricane’ Higgins and Dennis Taylor.

And close pal Jordan Brown, nicknamed the 'Antrim Ferrari’, hopes Allen can get through his tough times and put them in the rear-view mirror to experience those euphoric highs sooner rather than later.

He told The Sportsman: “I don’t want to see him forced to leave the sport. Let’s hope he doesn’t have to quit because he’d be a huge loss to the game. Things are obviously bad if he’s thinking about that. It’s out of his control.

“Snooker needs someone like Mark because he brings a lot to the game. Personality wise and his style of play, he’s one of the best players on the tour. Let’s hope he comes out of the other side of this and it doesn’t get that bad.”

The Antrim ace had former flame Reanne Evans, who he was embroiled in bitter maintenance disputes with, chucked out of a BBC studio at the Crucible in May and he hinted he would take an “extended break” from the sport following his second-round World Championship exit to Mark Selby.

And Allen proved just how much of a loss he would be to snooker if the worst were to happen with his special Northern Ireland Open victory last month. The Ulsterman delighted his army of home supporters when he pocketed the famous Alex Higgins’ trophy in Belfast at the end of a memorable week where he made a maximum 147 in the first round. 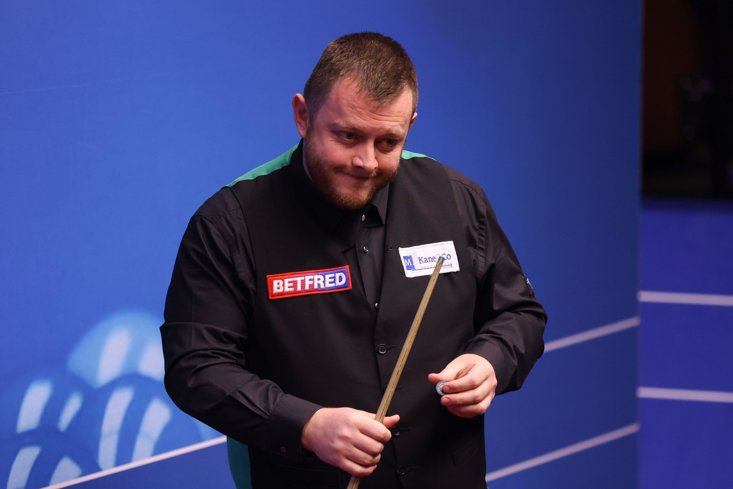 But immediately after one of the best nights of his career the left-handed potter admitted he wasn’t sure whether he’d receive a penny of his £75,000 earnings from the event or “whether I’m going to be able to play in the next tournament the way things are”.

At the time, Allen said: “The financial ramifications of that makes no difference to whether I’m going to continue to play or not. I really hope I can, it’s the only thing I’m good at.”

And Allen’s practice partner Brown wants to see his pal back where he belongs winning trophies as soon as possible.

He added: “I wish Mark well, I’m a very close friend of his, I practice with him a lot and I’m always there for him if he needs me. Hopefully he can come out the other side of it. There are obviously a lot of things going on.

"It’s important that he gets to the bottom of it and comes out of the other side. Hopefully we’ll see him back very soon doing what he does best and that’s being at the top of the game, winning tournaments.”

The 34-year-old deservedly secured his spot in the elite 16-man event with a seismic sporting shock when he won February’s Welsh Open as a rank 150/1  outsider.

Brown, who beat all-time great O’Sullivan 9-8 in the final, beamed: “It’s a tournament I’ve always wanted to be involved in.

“It’s such a prestigious event. When you see the names in the draw there are no easy games. Every match is a blockbuster event. I’ve always wanted to play in it and by winning the Welsh I’ve got the opportunity to and I feel like I deserve my place.”