Mark Williams insists snooker’s young guns must put up with the sport’s golden oldies for a good while yet.

The 46-year-old claimed a 24th career ranking title with a 6-4 victory over Newcastle’s Gary Wilson at Leicester’s Morningside Arena. Williams, Scot John Higgins, also 46, and Ronnie O’Sullivan, 45, have won a total of 92 ranking tournaments between them, including 13 world titles at the Crucible.

Williams said, “Myself, John Higgins and Ronnie O’Sullivan having turned pro together all those years ago… we are still hanging around like a bad smell.

“I have dropped down the rankings a few times and come back up. But we just seem to be sticking around for a lot longer than people expected.

“I have always believed there are definitely more titles out there for the other two, but I have won another one here and won one last season – so who knows, maybe I can get a couple more?

“And by winning this week I may have guaranteed Ronnie a place in the Champion of Champions on his world ranking, so that could be a massive favour he owes me.

“I’ll try to catch Steve Davis on 28 ranking titles in the all-time list. It is hard to win one title a season let alone more, but I’ll give it a real go, even if it will be tough.

“For the younger players, the Judd Trumps, Mark Selbys, Neil Robertsons, they can really attack some of these milestones because there are more tournaments now. I think they’ll pass Davis.

“Judd has won 11 in two years. There were only 12 tournaments in total in two years at one time.” 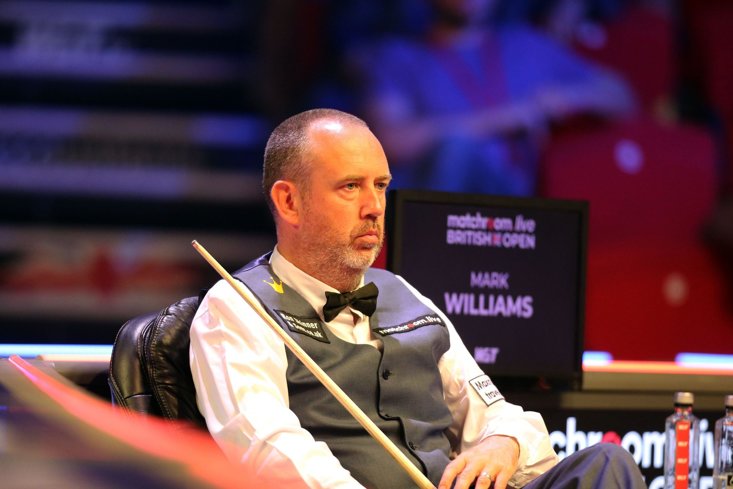 Williams also acknowledged that bar the final, when he made his first two centuries in seven matches played over the week, it was by far the worst he had played and ended up the winner. He could easily have lost in the short-format event with matches of best-of-five frames up to the quarter-finals on three clear separate occasions. Those came against fellow Welshman Dominic Dale, China’s Zhang Jiankang and then Chester’s Ricky Walden in the quarter-finals.

Throughout the week in Leicester, Williams was emerging from the arena into the media room with a bewildered look on his face, wondering how on earth he was still in the draw. His highest break was just 73 in the first six rounds – and the left-hander noted “I am not winning these games – they are losing them”, branding his own standard of play “cr*p”.

But he finally came good at the death, knocking in efforts of 111 and 115 when it mattered most in the final.

Williams added, “The final was my best performance of the week by a mile. It was about time, because I really struggled in the previous rounds and should have gone out at least three times.

“So I had a lot of luck getting to the final and have probably used up all my ‘Get out of jail free’ cards for the rest of the season.

“Bar the final, it is the worst I have played in a tournament and come away with the trophy. You only have to go through my breaks in the early rounds – 20s, 30s, maybe a 40.

“But you have to dig in when you are struggling and pull matches and wins out of the bag.

“I give myself a good talking-to out there in the arena sometimes. I did it in the final and punched myself in the leg nearer the start. I gave myself a dead leg for two frames, it was too hard!

“But you have to try and lift the tension somehow and sometimes I do silly things.”

Snooker’s usual international calendar remains badly hit by Covid restrictions, notably in China, where so many lucrative tournaments have had to be cancelled. That will mean more and longer gaps between the major events, with the next gathering now at the Northern Ireland Open in Belfast in October. That will be followed by three events in November.

First there is a return to last season’s semi-permanent home in Milton Keynes for the English Open, and then a trip to Bolton for the Champion of Champions. And the first major of the campaign will then return to its usual home at the Barbican Centre in York at the end of the month.