Shaun Murphy blew his top after an embarrassing first-round UK Championship exit – angrily claiming amateurs have no place in the event. The 2008 winner of snooker’s second-most prestigious tournament crashed out 6-5 at York’s Barbican Centre to teenager Si Jiahui.

The 19-year-old, who was three pots away from a 6-1 win before a Murphy fightback, was only in the 128-player draw as one of seven top-ups to complete the line-up. His two-year spell on tour ended in May.

But in an extraordinary rant past midnight on Tuesday evening, the world number six and former world champion Murphy insisted Si should never have been let in. The agony of a crucial missed blue in the decider, as well as eye, neck and shoulder problems plus the excruciating nature of the loss, saw the 39-year-old Murphy let rip.

“I don’t know why we as a sport allow amateurs to compete in professional tournaments. This is our livelihood, our living. We are self-employed individuals, we are not contracted sportsmen and don’t play for a team. And it’s the same for the rest, it’s their livelihood too. And it’s wrong to walk into someone who isn’t playing under the same pressures. He played like a man who doesn’t have a care in the world – because he doesn’t have a care in the world. 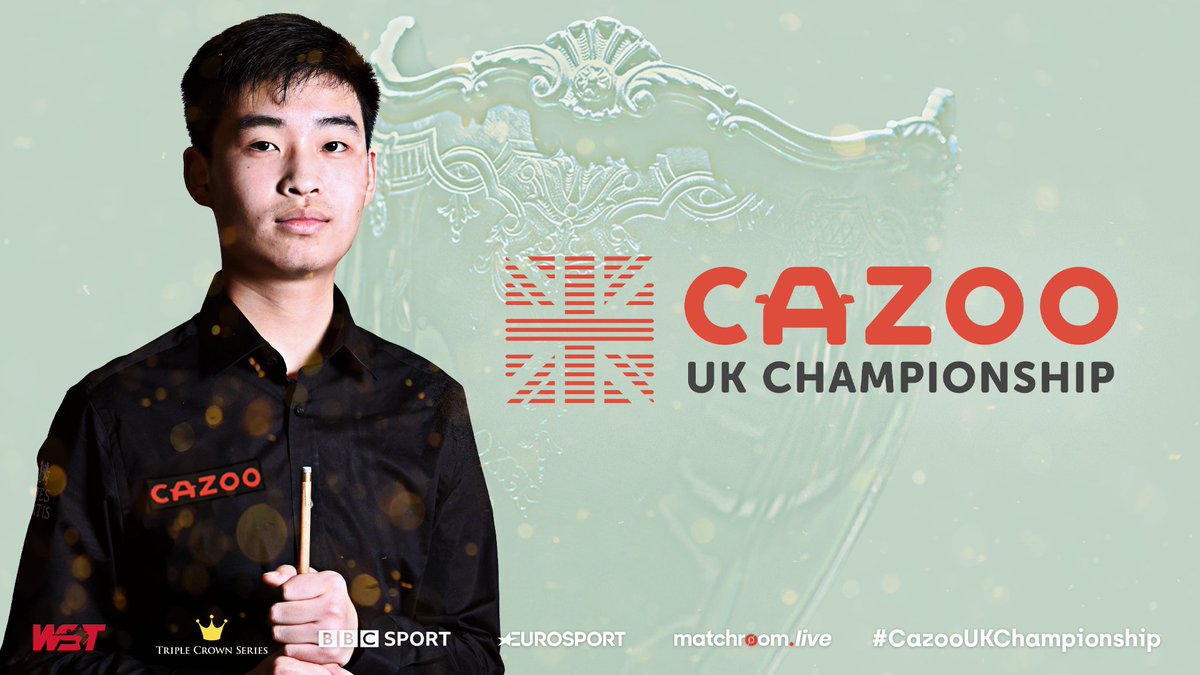 “It’s not fair and it’s not right. I’m not picking on him personally, he’s a very nice young man – but amateurs shouldn’t be allowed in pro tournaments. The end.

“This is how I earn my living and put food on the table. I have earned the right since turning pro at 15 to call myself a professional and he isn’t, and shouldn’t be on the table. Where has this fascination with making up the numbers come from? If you only have 122 professionals, then a few get byes in to the second round.

“I don’t want to sound like this is sour grapes. But this isn’t the FA Cup, those footballers are employed professionals and get paid whatever. I have now earned nothing, as will be the case for anyone who loses to an amateur top-up player. It was a bit the same having to play an extra round against a wild-card in China.

“It is correct to say ultimately I should have beaten him anyway, that is the truth. That’s what Barry Hearn would probably say – ‘If you can’t beat an amateur you shouldn’t be here’, which is massively harsh and incorrect.

“Is this still the second-biggest tournament in snooker? What is the second-biggest event in tennis after the Slams? Any amateurs in those stopping players from plying their trade? And I would say the same the other way round. Really if I am going to win £6,500 I should at least have to beat a fellow pro.

WILSON THROUGH ON DAY ONE

“The situation at the UK where you win £6,500 or nothing has already created a toxic atmosphere on the tour. There are moves to try and change that, it is grossly unfair. I also spoke openly last week that I could barely play at the Champion of Champions last week and was in agony on every shot. I have worked extensively with John Cox, a very well-thought-of physio, every day since then. For the pain I was unable to hit any balls until Tuesday. Every shot was painful.

“It is something in the shoulder and neck that I have suffered with for many years, most significantly in the 2015 World Championship final where an hour before it I couldn’t bend over and play. Last week I could hardly hit a ball, this match wasn’t much better. I don’t want to take a break at all, but there is an enforced one now from playing.

“I am staying here and doing some work with the BBC but that’s me finished in the event and I’ll have to very quickly prepare for the Scottish Open and World Grand Prix if I am in it.

“Over the weekend I contracted something called episcleritis in my eyes so I couldn’t play at all and could hardly see, though the good people at Specsavers in York helped me with that on Monday.

“After all that comeback it was a shame to miss the ball down the cushion. I had done the maths and knew I needed the blue to win. I thought ‘pot it and you win’ – but I missed it.”

A World Snooker Tour spokesperson responded to Murphy's tirade, saying: "Si Jiahui earns a place in ranking tournaments this season as one of the leading players on the 2021 Q School rankings. While he may have amateur status, he deserves his place in our events, based on his results.

"Amateurs play under the same rules as professionals, they can earn prize money and places on the World Snooker Tour based on results. Many elite amateur players like Si Jiahui train and compete full time in the hope of earning a guaranteed tour place, therefore they are competing under significant pressure with no guarantees.

"Providing opportunities for the best amateur players is important for our growth as a sport and that is something that Shaun benefitted from during his early days as a player.

"We have come a very long way as a global sport over the past decade and that has partly been down to the structures we have built both at professional and grassroots level worldwide. For the best young players, the chance to compete on the big stage is a crucial part of their development and the development of the sport as a whole.

"We respect Shaun’s opinions but in this case we strongly disagree with his comments."