Snooker
News
This winged snooker fan could not resist a closer look at the Betfred World Championship
Hector Nunns
12:38, 23 Apr 2022

Defending champion Mark Selby saw his match against Yan Bingtao interrupted by a pigeon at the Crucible Theatre on Friday.

The No1 seed at the Betfred World Championship was trailing Chinese star and former Masters champion Yan 3-2 during their last-16 clash.

But after four-time winner Selby left the arena for a toilet break the unwanted flew down past Yan in his seat and alighted next to the green pocket.

The bird then proceeded to strut up towards the middle pocket, before with referee Rob Spencer in pursuit flew off into the commentary box area past the returning Selby and then out of the arena.

The 1997 Crucible king Ken Doherty exclaimed: “We have got a pigeon in the Crucible! Have you ever seen anything like that,” before starting to sing “Catch the pigeon!”

“How did he get into the Crucible – that’s the first time I have seen anything like that.”

Fortunately there were no deposits left on the precious baize cloth by the bird that had badly his lost its way. Selby joked with the crowd: “I think he’s gone to my dressing room.”

The pigeon was eventually rescued by table fitter Chris Barnes and taken out of the building before being released into the open Sheffield air.

And after the three-time winner became the first man into the Betfred World Championship quarter-finals with a 13-3 victory Williams, 47, was ready to head out for food with his vanquished opponent.

And the six centuries in a best-of-25 frame match matched the record set by Mark Selby against Stephen Hendry in 2011.

Williams said: “There were some mixed feelings beating Jackson with a session to spare. Obviously I am delighted to win and with the way I played.

“Against anyone else I would have loved hammering them by that much, but I don’t quite feel like that against Jackson – I  was a bit disappointed for him, he wanted to put on a better performance.

“But I played very well, and I can’t play any better than that at my age – as well as when I won in 2018. And we will go for some food together again now, even after that.

“Stephen Hendry warned him to stay away from me before the match and I called him an idiot – why am I going to try and get into his head to win a snooker match?

“We had dinner together on Thursday night between sessions and I took £15 off him at cards in the hotel reception. But I’d rather not play him too many more times. 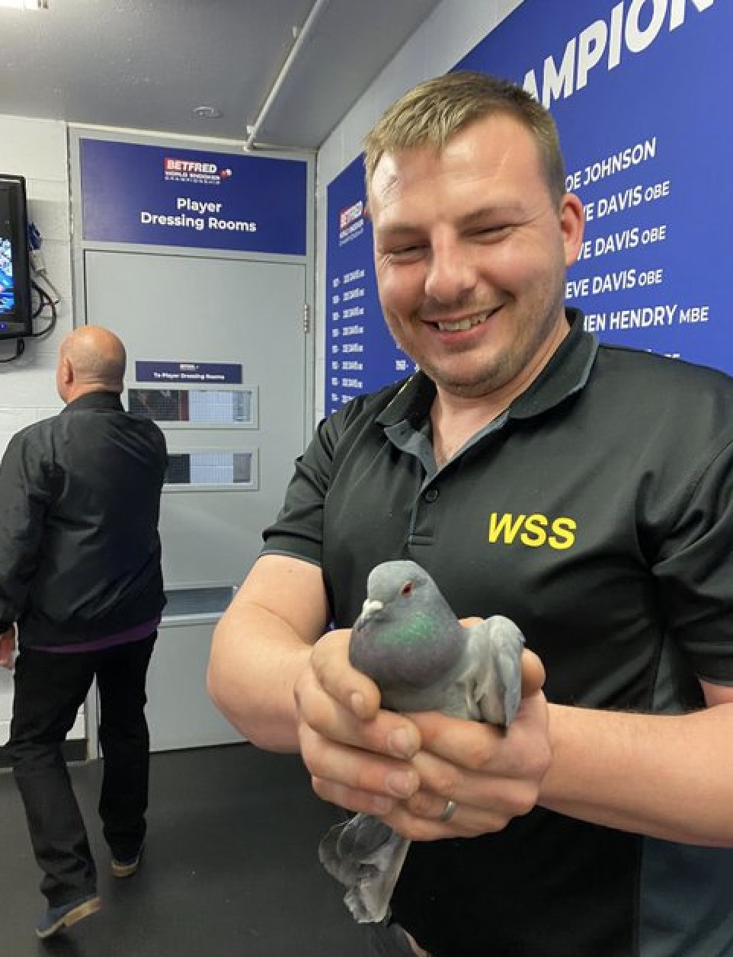 Maguire enjoyed a superb session against UK champion Zhao Xintong. The 41-year-old from Glasgow has slumped to No40 in the world and had to qualify for the blue-riband tournament this year.

But after coming through that brutal process and then beating Shaun Murphy in the first round, Maguire is now in a great position to see off the game’s rising star.

World No7 Zhao backed up his UK win in December by also lifting the trophy shortly afterwards at the German Masters.

But with Maguire managed to extend on his 5-3 first-session advantage and takes a very strong 11-5 lead into Saturday’s finale in the best-of-25 frame match.

Without being at his brilliant best, six-time ranking-event winner Maguire – a two-time Crucible semi-finalist – ruthlessly kept Zhao at bay and pounced an all his own chances.

O’Sullivan, chasing a record-equalling seventh world title to draw level with Stephen Hendry, went in to his last-16 clash with Mark Allen having heard the Northern Irishman tell the world that despite the documentary crew following the Rocket around that this was “not the Ronnie O’Sullivan show”.

Unfortunately for reigning Northern Ireland Open champion Allen, that was exactly what transpired in the first two sessions of their second-round contest.

Allen beat the Rocket in their only previous meeting at the Crucible 13 years ago, but a repeat never looked likely once renowned front-runner O’Sullivan established a commanding 6-2 lead on Friday morning, and then repeated the trick in then evening to stand on the brink.

It was all usually fierce competitor Allen could do to win a couple of frames on Friday night and avoid the indignity of being beaten with a session to spare.